IS A CORPSE A PERSON OR A THING? WHO DECIDES ON WHAT HAPPENS TO YOUR BODY AFTER YOU DIE? 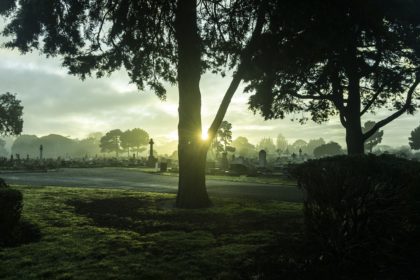 Benjamin Franklin famously noted that there are only two guarantees in life – death and taxes. In this article, we deal with the former of these two guarantees by further delving into who is allowed to make the final decisions in relation to a corpse.

What happens to the body after death?

There are various methods of the final disposition of a corpse, however, the two most common methods utilised in South Africa are burial or cremation.

A body, usually contained in a casket, can undergo burial, either underground or in a mausoleum above ground. This is a preferred method for those who follow Islam and Judaism.

Cremation involves the process of the corpse being placed in an industrial furnace, usually at temperatures between 760 to 1,150 °C. This allows for the body to be reduced to ash. The ash is then scattered or kept in an urn by the loved ones of the deceased. This method is common amongst those who follow the teachings of Hinduism.

Both cremations and burials are subject to the presentation of a valid death certificate. However, cremation is a final act and cannot be undone, whereas buried remains can be exhumed. This is one of the most notable differences between both these methods.

Who decides on the method of final disposition?

In terms of South African law, there is freedom of testation and accordingly, the deceased person is able to predetermine the manner in which they would like their body to be disposed of. This can be accomplished by the testator stating his/her wishes in his/her last will and testament (“Will”).

However, many academics argue that this is not always the best way to ensure that the deceased’s preferred and predetermined method of final disposition is followed, as the Will is often read out post-burial or post-cremation and seen as a mere directive.

If not the deceased, then who decides?

If the deceased does not have a valid Will providing for directions, the decision of how to dispose of the corpse falls on the deceased’s next of kin.

This may not be as simple as it sounds, as there are often contentions within the family regarding the burial and whether the wishes of the deceased are being fulfilled.

In this case, the deceased was a married woman whose divorce was set down for finalisation two days after her death. Despite this, her husband argued that as the head of their family, he was entitled to decide that his wife would be buried and that the burial would take place in the town of Steynsburg.

The siblings of the deceased then applied for an urgent interdict to prevent this from happening. They justified the application by stating that it was the deceased’s wish to be buried in her hometown of Alice.

The court confirmed the ‘Transvaal approach’ which considers common sense and fairness being adopted when deciding who should have the right to bury a corpse. This is linked to the approach of Johannes Voet, who states that “ A funeral besides must be carried out by whom the person departing this life has chosen”. He further states that if there is nobody to choose, then the closest blood relatives must decide.

The court held that by disassociating herself from her husband and the town of Steynsburg, it was evident that the deceased did not wish to choose him as the person responsible for deciding the method and place of her final disposition. As a result, the hearsay evidence related to the deceased’s wishes were accepted as admissible evidence, given the totality of the evidence presented to the Court. The application was upheld and the deceased’s siblings were allowed to conduct the burial.

The aforesaid demonstrates that the courts will aim to follow what they reasonably deem to be the wishes of the deceased regarding their final disposition.

Cremations are now mandatory in countries such as Sri Lanka for confirmed or suspected cases of Covid-19 deaths. This is despite the wishes of the deceased or their loved ones. UN experts have argued that this is a human rights violation, as it is contrary to the tenets of the Islamic faith and amounts to intolerance and violence. As a result, members of the UN have urged Sri Lanka to rethink this legal imposition.

The South African government has been more considerate in its approach, as neither cremation nor burials are mandated during the COVID-19 pandemic. However, there are directions set in place to ensure that the virus is less likely to spread via contact with an infected corpse. These directions state that cremation is highly recommended in instances where a person has passed on due to COVID-19, but same is not prescribed as mandatory. Furthermore, it is stated that in High-Risk Situations, the Government may intervene to facilitate mass burials in the instance that the death rate appears to exceed the capacity of available space to keep mortal remains, and where corpses have not been claimed.

A suggested method, to safeguard persons wishes after death, would the adoption and enforcement of an ‘Enduring Power of Attorney’ in the South African legal system, specifically one that remains in force after the death of the principal. An Enduring Power of Attorney authorises an agent to act on behalf of you, should you become incapacitated or die.

This type of powers of attorney is not recognised in South Africa, but countries such as Canada, Australia and New Zealand, have all adopted it into their legal systems. By utilising this process, a person (whilst still alive), can nominate an agent of his/her choice, to finally dispose of his/her mortal remains, in future, in both the manner and place, chosen by him/her.

A power of attorney usually terminates upon death of the principal, but in terms of an Enduring Power of Attorney, the mandate can be extended beyond death. This approach in turn helps to avoid potential familial or legal disputes, that might arise out of uncertainty of how to finally dispose of one’s loved one’s mortal remains.

We are hopeful that the South African legal system will adopt such an approach in the future.

In South Africa,  one’s personhood is terminated upon death, meaning that the deceased is no longer afforded any rights and in turn, owes no obligations. However, in terms of English common law, no property rights can be vested in a dead body. Therefore, a corpse cannot be regarded as a “thing”.

While the deceased is legally regarded as neither a person nor a thing, they were once parents, children, loved ones and friends, as such, the law does regulate and protect the manner in which their mortal remains are eventually disposed of, as they too are entitled to dignity and respect.