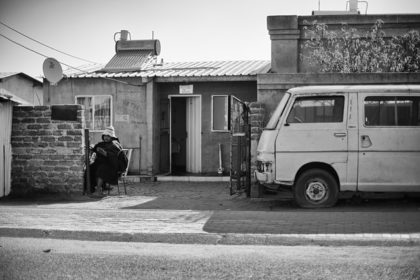 However, recently, the South African National Government has engaged in many parliamentary and legislative debates regarding the right to property and how such right should be protected and, in some cases, even in relation to when it is permissible or justifiable to deprive people of such a right, in cases where it is in the interests of society to do so.

In this article, we look at what inclusionary housing policies/bylaws are, and what their impact on various sectors of society might be from a legal perspective, with an emphasis on whether they violate the constitutionally protected right to property.

The Housing problem in South Africa

South Africa’s housing crisis can be attributed to the vast economic and social exclusions that have scaled into huge housing inequality. This housing crisis has been fluently summarised by Kenneth Wanyama Kulundu & Gustav Muller as:

“consisting mainly in the fact that many poor (mainly black) people have no access to safe, adequate housing. Instead, these people live in cramped spaces in informal settlements under the most appalling and dehumanizing conditions characterized by rampant disease and insecurity, as well as lack of access to clean drinking water and sanitation facilities. “1

What is Inclusionary Housing?

Inclusionary housing is a policy that aims to give lower to middle-class people access to housing in larger urban areas, from upmarket to luxury housing in privately-owned housing developments, without which they would not have the financial means to afford the aforementioned housing. It is essentially a set of laws that requires that housing developers offer low-income housing for rental/sale in middle and upper-income developments, to ensure that lower-income citizens are absorbed into the middle and upper-income areas, and can live closer to amenities and work and are not relegated to living in rural or undeveloped areas purely as a result of their socio-economic status.

Local Municipalities would preferably implement such a social housing reform scheme in the form of policy interventions that would mandatorily require private housing developers to forego some of their projected profits and allocate a portion of their development to low-income occupants. The ideal objective of inclusive housing is to create a diverse and wide-ranging economic, social and racial integration in private housing areas and to provide equal access to such housing for the entire population.

The Constitutional Right to Property

Section 25 of the Constitution protects not only land but all “property”. Property is not only limited to tangible objects and land. It could include a bondholder’s right to payment under a bond, the rights of a servitude holder, and potentially even other more intangible interests such as expected profits in a new housing development. Developers are therefore interested in asking whether the inclusionary housing policies/by-laws, which lower their expected profits in the development, are unconstitutional because they violate property rights in terms of Section 25.

Section 25 has several elements to it, and it protects several different (and sometimes even opposing) interests. For example, it protects both the property owner as well as the tenant and/or occupier, even where the occupier is unlawfully in occupation. It protects the state, in relation to expropriation, and other interest holders (in relation to expropriation). It potentially protects bondholders and it most certainly protects servitude holders and/or lease holders.

In relation to inclusionary housing, the question to ask is whether requiring a developer to earn less as a result of inclusionary housing (which promotes the housing and property rights of less fortunate persons) amounts to a deprivation of that developer’s property rights. Furthermore, as in the case of Blue Moonlight, 2 wherein civil society can be seen undertaking the obligations of the state. One might argue that since the developer’s right to develop freely (in any way that he or she wants) is limited from the beginning, the limitation is “internal” to the development process, and therefore it is not a case of receiving less profits – because the developer simply could not have earned more profits in the first place, due to the internal limitations on the development. This is much the same as zoning, environmental, and building laws – they all cost money to comply with – and they limit the scope and profitability of the development. None of these have been found to constitute such severe deprivations of the rights of the developer that they amount to a deprivation under section 25 of the Constitution.

Even if there is a deprivation caused by inclusionary housing policies (which is unlikely in our view), the next question is whether the deprivation is just and equitable in light of our constitutional values. One might argue that a small prejudice to an already privileged developer is justifiable where there is a tangible benefit to a person less fortunate, which will assist in rectifying past discriminatory patterns of spatial planning.

It is thus a question fraught with difficulty and based, partially at least, on what we as a society feel is right in the circumstances. The view of the authors is that taken as a whole, inclusionary housing policies/bylaws are not, per se, unconstitutional, but that, depending on what their unique requirements are, it is possible that some of them might ‘go too far’ and entirely destroy the feasibility of development, in which case they may have ‘crossed the Rubicon’ and become unconstitutional. As always, each case will have to be judged on its own facts and a judge will be pressed to decide, based on the legal convictions of our society.

Understanding the law relating to property developments can be tricky for developers. There are so many laws that might potentially destroy or eat into your profitability and many are incredibly convoluted.

If you are battling to understand how the introduction of inclusionary housing might affect you and/or your property interests in the private housing sector, contact a legal professional and municipal law specialist Chantelle Gladwin-Wood from Schindlers Attorneys and Notaries for assistance.

This article does not constitute legal advice and should not be construed as such. If you require legal advice, we suggest that you contact us.