How to protect your unregistered trademark 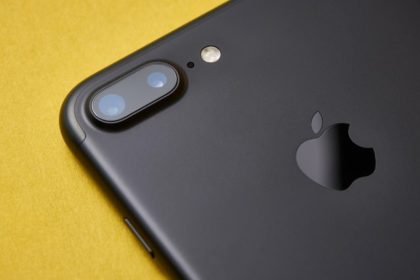 A trademark differentiates the goods and services of one business from that of another. A trademark is defined in the Trade Marks Act 194 of 1993 (“the Act”) as a mark, sign or symbol used or proposed to be used by a person in relation to goods or services for the purpose of distinguishing the goods or services in relation to which the mark is used or proposed to be used from the same kind of goods or services connected in the course of trade with any other person. In short, it serves as a distinctive mark used in the course of trade. One can only sue for trademark infringement under section 34 of the Act if the trademark (which is being infringed) is registered.

This leads to the question of what a business owner can do if he/she does not have a registered trademark and another entity is copying the business’ mark, or using a mark so similar that it is likely to cause consumers to be confused as to the origin of the goods or services in question. Fortunately, these business owners can look to the common law, or if the mark is well-known – section 35 of the Act, which provides a remedy for the infringement of unregistered trademark rights.

‘Passing-off’ is a common law delict that can be used to enforce unregistered trademark rights. Passing-off occurs when A makes a representation, either intentionally or negligently, that its business, goods, or services are those of B or are associated therewith. In order to determine whether a representation would amount to a passing-off, the Courts have applied the following test: whether there is a reasonable likelihood that members of the public may be confused into believing that the business of the one is, or is connected with, that of another (Policansky Brothers Ltd v L & H Policansky 1935 AD 89 at 97). If the answer is yes, A’s representation constitutes a passing-off, for which B can institute a civil action.

The misrepresentation on which a passing-off action is found involves deception of the public in regard to trade source or business connection and enables the offender to trade upon and benefit from the reputation of its competitor. Accordingly, misrepresentations of this kind can be committed only in relation to a business that has established a reputation for itself or the goods and services it supplies in the market and thereby infringe upon the goodwill (the attractive force which brings in customers) of that business.

3.  What do you need to prove in order to succeed in a passing-off action?

It has been held in the case of Adidas AG and Another v Pepkor Retail Ltd (14605/2009) [2011] ZAWCHC 444 that an aggrieved person (“the applicant”) would have to establish two essentials to prevail in a passing-off application.

Firstly, the applicant would have to allege and prove that the mark in question has become distinctive, that is, that in the eyes of the public it has acquired a significance or meaning as a symbol of a particular origin of the goods/services in respect of which that feature is used i.e. that the applicant has acquired a reputation. It was previously a requirement that the reputation relied upon had to be located where the applicant conducted business, rendering it difficult to claim passing-off in any place other than where the business has actually conducted trade. However, the Courts have confirmed that the current test is whether “the [applicant] has, in a practical and business sense, a sufficient reputation amongst a substantial number of persons who are either clients or potential clients of his business. As far as the “location” of reputation is concerned, it must subsist where the misrepresentation complained of causes actual or potential damage to the drawing power of the [applicant’s] business.” Such reputation must be proved at the date of the (infringing) conduct complained of. The applicant is obliged to ask the court to infer the existence of the reputation from two main categories of facts: firstly, evidence of the nature and extent of the use of which he has made of the mark in question, and secondly, evidence by a representative selection of members of the relevant section of the public and/or trade as to the effect which such use has had. Reputation may be inferred from extensive sales and marketing and maybe proved by evidence regarding the manner and scale of the use of the get-up. Market survey evidence can constitute sufficient evidence of the applicant’s reputation, provided adequate safeguards are imposed as to its reliability and provided that it has been properly structured. It is important that the applicant adduce evidence of its reputation, as the frequency and extent of the use of the mark would likely fall exclusively within the knowledge of the applicant.

Secondly, the applicant would have to allege and prove that the use of the mark was likely, or calculated, to deceive and thus causes confusion amongst consumers, having the result of injury, actual or probable, to the goodwill of the applicant’s business – for example, by causing a loss in the profit that the business might have made, had the respondent not used its mark and enticed consumers to its business, who thought they were dealing with the applicant’s business. The deception or confusion must be in regard to the source or origin of the respective goods. The test is whether a substantial number of ordinary members of the buying public, at the date of the conduct complained of, would either have believed that or at any rate would have been uncertain and bewildered as to, whether the respective goods derived from or were connected in the course of trade with the same supplier. The onus rests on the applicant to prove that the wrongdoer’s (“the respondent”) use of the mark is likely to cause deception or confusion and must be discharged on a balance of probabilities (Danco Clothing (Pty) Ltd v Nu-Care Marketing and Sales Promotions (Pty) Ltd and Another (675/89) [1991] ZASCA 121). It is important to note that, if the evidence establishes that there is a reasonable likelihood of confusion arising, even if the parties concerned cannot be said to be carrying on their activities in a common field/area of trade, an applicant can still claim relief on the basis of passing-off. The absence of a common field of activities is merely one of the factors which the court will take into account when considering the likelihood of confusion, but the proper weight to be assigned thereto will depend upon a consideration of all the relevant facts (Capital Estate & General Agencies (Pty) Ltd v Holiday Inns Inc 1977 2 SA 916 (A) 928­929).

The relief which can be granted by the Court, once passing-off by the respondent has been established, comprises of an interdict and/or special damages. The applicant may claim an interdict prohibiting the respondent from using, adopting, or imitating the trade name, trade or service mark, or get-up. In this regard, it is not necessary to prove actual prejudice/harm. The probability of prejudice resulting from the respondent’s persisting in the conduct complained of is sufficient (Adcock-Ingram Products Ltd v Beecham SA (Pty) Ltd [1977] 4 All SA 657 (W)).

The applicant may also recover damages for any loss suffered by the respondent’s passing-off. In respect of the damages which an applicant would be required to prove, it was held in the English case of Draper v Trist & Tribestos Brake Lining Ltd [1939] 3 All ER 513, that an applicant need not wait to show that damage has resulted, before he/she institutes an action based on passing-off, as it is one of the class of cases in which there exists a presumption that the applicant has indeed suffered damage. Damages might be attributable to, inter alia, loss of sales due to the respondent’s competition, loss of sales due to reduction of price by the respondent, or expenditure involved in seeking to meet competition resulting from the respondent’s sales.

In addition to the common law remedy explained above, section 35 of the Act affords the proprietor of well-known trademark protection in circumstances where no registration or goodwill exists in South Africa. The type of protection afforded under section 35(3) is similar to that which is available under the common law of passing-off. In the case of McDonald’s Corporation v Joburgers Drive­Inn Restaurant (Pty) Ltd and Another [1996] 4 All SA 1 (A), it was held that in order to enjoy the benefit of section 35 i.e. in order to show that a mark is “well-known”, a trademark proprietor must show that its mark is known to a substantial portion of the persons who are interested in the goods or services to which it relates and would be confused by its use by someone else in relation to the relevant goods and/or services. Accordingly, in order to claim relief under section 35, the goods and/or services need not be well-known to the general public.

A business owner or entity who/which becomes aware of another person or entity who/which is representing that its business, goods, or services are those of the business owner or entity or are associated therewith, and who/which does not possess a registered trademark, might not generally have the protection of the Act, however, the common law provides for a similar remedy to assert rights in respect of the reputation/goodwill of the business.

A business owner or entity who/which becomes aware of another person or entity who/which is representing that its business, goods, or services are those of the business owner or entity or are associated therewith, and who/which does not possess a registered trademark, might not generally have the protection of the Act, however, the common law provides for a similar remedy to assert rights in respect of the reputation/goodwill of the business. In addition to the common law, section 35 of the Trade Marks Act affords the proprietor of a well-known trademark protection in circumstances where no registration or goodwill exists in South Africa