How Much Can a Municipality Demand a Seller to Pay when Calculating Rates Clearance Figures? 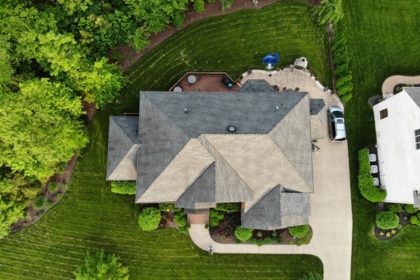 This article explains how it is not necessary, in every instance, for a seller of a property to pay all outstanding rates, taxes and service charges, in order to obtain a Rates Clearance Certificate (“RCC”) needed to pass transfer. This is a little-known fact amongst the general public, and in some instances, municipalities rely on this lack of general awareness about this fact in order to pressure sellers to pay amounts that they dispute or otherwise need not pay in order to obtain their RCC.

Many people are not aware of this, but there are actually two types of Rates Clearance Certificates (“RCC”) that a seller could obtain when needing to transfer a property. The first is known as an “abridged” (2 year) clearance (in terms of s118(1) of the Local Government: Municipal Property Rates Act). This type of RCC requires that the seller pay only the amounts incurred in relation to the property for the two-year period prior to application for clearance figures. Any amounts incurred prior to the two-year period concerned, are not required to be paid, in order to obtain this type of clearance certificate.

The other type of RCC is known as a “full” or “historical” clearance (in terms of s118(3) of the same Act). This type of clearance requires payment in full of all amounts outstanding by the seller, no matter how long ago they were incurred. This is the most commonly obtained type of RCC and transfer can be passed on same.

Agreement by the parties

The parties to a sale agreement can expressly agree as to which type of RCC must be obtained by providing for this in writing in the offer to purchase or sale agreement expressly. Sometimes, however, no stipulation is made as to what type of RCC must be obtained in which case it is open to a seller to apply for either type, as both will facilitate transfer in the Deeds office.

Risk to the Purchase when an Abridged Clearance is Obtained

Unfortunately, it happens often that municipalities do not distinguish between these two types of RCC’s, and when application is made for a RCC, the only process available for a conveyancer (who is attending to a transfer on behalf of the seller) is for application for a full or historical clearance. The municipality simply does not have a process for applying for an abridged clearance. This is unlawful. If a seller asks for an abridged clearance, it is not lawful for a municipality to refuse to give clearance figures for this type of RCC. The municipality must adjust its processes to provide for a calculation of figures that only include the debt incurred two years prior to transfer.

Sellers who either cannot afford to pay the full clearance figures or who have a dispute in relation to older charges, are not legally obliged to pay amounts that are older than two years when applying for and obtaining a RCC. If you are forced into a corner by a municipality that refuses to provide you with accurate rates clearance figures you may need to bring a court application to compel them to comply with the law.