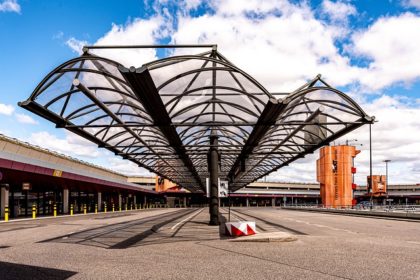 The High Court of Justice of England and Wales (Commercial Court, Queen’s Bench Division) (the “Court”) heard a case wherein the Court had to consider the legal framework of sections 423 and 424 of the Insolvency Act of 1986 (the “Act”).

In this case, the Bank of Cyprus (the “Lender”) entered into two facility agreements with Sofroniou & Maria Developers Ltd (the “Borrower”) in or during 2004 and 2010 respectively (the “Facility Agreements”). In light of the facilities extended by the Lender to the Borrower, Yiannakis Sofroniou (the “First Defendant”) concluded a guarantee agreement wherein he guaranteed the obligations of the Borrower arising under both Facility Agreements, in favour of the Lender (the “Guarantees”).

In or during January 2012, the Lender exercised its rights in terms of the Guarantees and issued proceedings against the First Defendant in a Cypriot court demanding repayment of all amounts outstanding owing by the Borrower under the Facility Agreements. Pursuant to the proceedings, the Cypriot court entered judgment in favour of the Lender, finding that the First Defendant was jointly and severally liable (as guarantor), with the Borrower for the sum of €708,721.49 (seven hundred and eight thousand, seven hundred and twenty-one Euros and forty-nine Cents) plus interest and costs.

In light of these events, Gordian Holdings Limited, a company authorised by the Lender to act as a credit acquiring company, seeking to manage all loan and credit claims of the Lender (the “Claimant”), initiated further proceedings, wherein it made an application for a declaration that the Share Transfer constituted a transaction that defrauded the Lender in terms of the Act.

The Court considered sections 423 and 424 of the Act and determined the following provisions to be of relevance:

2.Where a person has entered into such a transaction, the court may, if satisfied under the next subsection, make such order as it thinks fit for—

a. restoring the position to what it would have been if the transaction had not been entered into; and

b. protecting the interests of persons who are victims of the transaction.

In its interpretation of the relevant provisions of the Act, the Court found that sections 423 and 424 are drafted in wide terms and apply to transactions defrauding creditors. The Court held further that the concept of a ‘victim’ is deliberately a wide concept which extends beyond creditors with present or actual debts. Whether a person is a victim or not, will be determined by an actual or potential prejudice suffered.

In light of the above, the Court held that unless the Claimant was, at the date of the commencement of the proceedings, a person or an entity capable of being prejudiced by the transaction, then it does not fall within the meaning of ‘victim‘ under section 424(1)(c), and cannot bring a claim under section 423 of the Act. Accordingly, even if the Claimant’s interests were prejudiced by the Share Transfer at the time that it was effected, the Defendant had since taken effective steps to ‘undo’ such prejudice. In this regard, the Court held that the Claimant ceased to be a ‘victim‘ who could bring a claim for relief.

Further, the Court held that any remedy granted would be restitutionary and would require the Court, if liability were established, to set aside the Share Transfer which would involve restoring the Company to the position it would have been, had the Share Transfer not occurred. However, due to the Share Return, no such relief could or would be granted.

In light of the above, the Court dismissed the Claimant’s application.

This decision confirms the position in English law that an application for a declaration that a certain transaction constitutes a transaction that defrauds a creditor, will not be granted where the claimant does not fall within the meaning of a ‘victim‘ under sections 423 and 424 of the Insolvency Act of 1986.