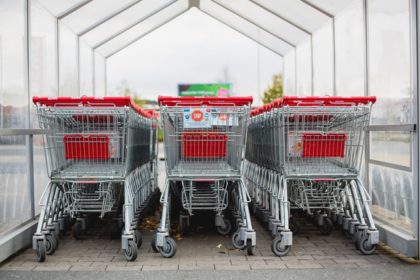 The respondent, Spar Group Limited (“Spar”), had a dispute with one of its franchisers, Umtshingo Trading (“Umtshingo”) which operated by Mr. Paolo. Umtshingo ran three Spar outlets and held a Bank account for each with the appellant, FirstRand Bank Limited (“the Bank”).

As part of the franchise agreement, Spar held a notarial bond over Umtshingo’s assets, and proceeded to perfect the security when Umtshingo fell into default after failing to effect payment in terms of the franchise agreement, the Magistrates’ Court gave a provisional order in this instance. In anticipation of the return date for the provisional order, Spar offered Mr. Paolo an ultimatum, being allowing Spar to operate the outlets at its own cost and for its own benefit, or completely closing the shop. Mr. Paolo agreed to Spar running the outlets, he, however, refused to alter the receiving bank accounts linked to the speed-point facilities operating in the outlets. This meant that funds generated by Spar fell into Umtshingo’s accounts.

Spar then approached the Bank, requesting that they alter the receiving bank accounts linked to the speed-point facilities. The Bank refused such a request, indicating that only Umtshingo, through Mr. Paolo, could effect such change, whilst Mr. Paolo claimed it was the Bank which was refusing to effect such alteration.

The Bank then proceeded to use funds in the accounts to set off debts owed by Mr. Paolo to the Bank, further Mr. Paolo effected disbursements from these accounts. All these were funds deposited into the accounts as they were linked to the speed-point facilities. De facto these funds belonged to Spar, not Umtshingo.

As a consequence, Spar instituted proceedings against the Bank, claiming that the Bank ought to not have allowed disbursements from the relevant accounts, and further should have not set off such amounts against debts by Mr. Paolo.

Spar made the following claims:

In the court a quo Spar’s claims failed, the court decided that the Bank had not done enough to incur liability, further, that the 4th (Forth) claim had prescribed. On appeal to the full bench, Spar succeeded in all its claims. The Bank then further appealed to the Supreme Court of Appeal (SCA), below is what was decided.

The main issues before the SCA were as follows:

The Supreme Court of Appeal, in considering whether the appellant could in fact use the funds in the account to set-off against Umtshingo’s debt, held as follows.

Money credited into any bank account becomes the Bank’s property, however, such credit also introduces a duty on the Bank to pay such credit balance to either the Bank holder, or a third party, this is then a personal right which accrues to the account holder, which may be transferred.

As to set-off, it only applies where two parties are mutually indebted to each other, and such debts are due and payable. In instances such as this one, where the account holder has no right to the credits, once deposited into an account, the Bank still acquires ownership of the funds. An agreement may exist between the account holder, the Bank and the third party, and in terms of that agreement the funds will be used. In the absence of such agreement, the court held, borrowing from Joint Stock,[1] where a bank owes a personal obligation to a third party which has credited the account of bank’s customer, such funds cannot be used to set off the customer’s debts against the Bank, the Bank has a duty to realise this personal right – mere knowledge of the personal right accruing on a third party by the Bank gives rise to this obligation.

The Bank, therefore, could not use these funds to set-off Umtshingo’s indebtedness to the Bank.

As a result, the Court held, Spar has a claim against the Bank for all the amounts used as a set-off against Umtshingo’s debts. As was decided in Perry NO,[2] where a third party deposits money into an account, and the account holder has no rights accruing from that deposit, the Bank is enriched, and the third party impoverished. A claim for unjustified enrichment then arises, and it is in terms of this, that Spar has a claim against the Bank.

As to the funds disbursed by Mr. Paolo. Spar alleged that the Bank had the duty of care to take reasonable steps preventing Mr. Paolo from effecting disbursements from the accounts. The Bank contended this allegation stating that no such duty exists, and if it did exist, making the Bank negligent, Spar was also negligent in some degree.

In coming to its decision, the court held that legal duty and not a duty of care rests on the Bank. And in considering whether such duty was executed it is imperative to indicate that due to the dispute between Umtshingo and Spar, an agreement was concluded causing Spar to run the outlets for its own benefit, however, the speed-point facilities were directing the income generated by Spar into Umtshingo’s accounts, however, Umtshingo had no right to such funds, and the Bank had full knowledge of these facts.

Despite knowledge of these facts, the Bank allowed Mr. Paolo to effect the disbursements, and Mr. Paolo’s conduct amounted to theft, as described in Nissan.[3] Therefore, the Bank owing a legal duty to Spar, failed to honour this duty and rendered itself as a joint wrongdoer, hence Spar has a claim against the Bank.

In considering whether Spar was also negligent as alleged, the court held that at all material times the Bank deliberately directed its conduct to promote its own interest. Further, it made misrepresentations to Spar, which had Spar believing that its interests were protected. It is, therefore, incongruent to attach any form of fault on Spar, since Spar reasonably believed its interests were sufficiently protected. The Banks allegation then fails.

In dealing with the prescription defence, the Court held that section 12 of the Prescription Act[4] requires that Spar should have had knowledge of an identifiable sum of money purportedly set-off from an identifiable account, by an identifiable person, then prescription would start to run. However, Spar only came to know about the actual state of facts in 2015, prior to this Spar believed the amount in question to have been disbursed by Mr. Paolo, as it had no knowledge of the fourth account, further, the Bank’s deliberate non-disclosure is what led to these circumstances. The prescription would therefore begin to run where all the section 12 requirements are met, which would be 2015, as such the defence of prescription had to fail.

FirstRand Bank Limited was held liable to Spar for using funds deposited by Spar from its own business as a set-off against Umtshingo’s debts, knowing full well that both Umtshingo and Mr. Paolo had no right to these funds.

Further, through its conduct, the Bank facilitated the theft committed by Mr. Paolo, allowing him to disburse funds which he was not entitled to. This then renders the Bank as a joint wrongdoer, and liable to Spar.

The claim of prescription fails, as prescription-only began to run in 2015, and not 2011. 2015 being the year that all the material facts became known to Spar, and the section 12 requirements met.

An account holder who affects disbursements on funds deposited into his account, having no entitlement to these funds commits theft. A Bank, which allows such disbursements, renders itself a joint wrongdoer.