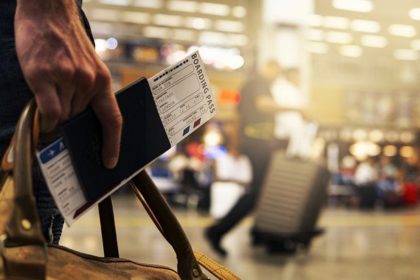 South Africa (“SA”) is undoubtedly one of the best economies on the African continent, but, compared to the rest of the world, certain challenges may seem to exceed the benefits of such a vast economy. Statistics South Africa (“Stats SA”) pegged the 2021 mid-year population estimate at 60,14 million people. The unemployment rate was at 34%, painting a rather daunting picture in the fight against a high crime rate due to such high levels of unemployment. Some quarters have blamed the recent unrest on high unemployment. Stats SA data shows that, while the economy grew by 1.2% in the second quarter of 2021, it is smaller than before the COVID-19 lockdown by 1.4%. Estimates show that about 23,000 professionals are leaving SA every year for a wide variety of reasons which can be categorized into (“Push” or “Pull factors”)1.

Push factors force people to leave South Africa, while pull factors attract people to countries to which they migrate. Push factors include high crime rates, exorbitant costs of private education and medical insurance, and a weakening Rand. Pull factors may include offers of personal security for family life, free education and heavily subsidized, to free, health insurance and actual recruitment by destination countries. Countries well-known for such active and aggressive pull include New Zealand, Australia, Canada, and the United Arab Emirates. If you plan to migrate, however, be sure to settle your tax affairs with the Receiver of Revenue. Settle your (“Exit Tax”) as provided for in Section 9H of the Income Tax Act 58 of 19622.

What is Exit Tax?

At this point, it would be important to remember that South Africa has a residence-based tax system, in which residents are, subject to certain exclusions, taxed on their worldwide income, irrespective of where the income was earned3. When a taxpayer elects to migrate to New Zealand, for instance, selling or alienating their assets, there are (“Capital Gains Tax” or “CGT”) implications that arise from such a decision. Regarding the ‘alienation,’ the Supreme Court of Appeal held in the Tradehold Limited case that it includes both actual and deemed disposals of property4. In casu, the respondent, Tradehold, had challenged the Exit Tax levied by SARS on the sale of their property. The challenge succeeded due to provisions in the Double Taxation Agreement (“DTA”) that South Africa had with Luxembourg, to where the Respondent had migrated. The DTA gave taxing rights to the resident state of alienator which for Tradehold had now become Luxembourg.

Notably, authors are of the view that this case must not be viewed as a blanket authority for a general defence against payment of Exit Tax although authoritative where a DTA is involved. According to SARS, the taxpayer is deemed to have sold all his assets (worldwide) for their market value on the day they cease to be a resident of the Republic. The tax that becomes payable is known as Exit Tax or Exit Charge, as per Croome5.

When is Exit Tax due?

It is due on the day before the taxpayer becomes a non-resident for tax purposes on which they are deemed to have disposed their worldwide asset base at market value which would then trigger a CGT event6. CGT is not a separate tax per se but another part of income tax7. Once a person has ceased to be an SA tax resident, such person is no longer taxed in South Africa on their worldwide income but only on South African sourced income.

When a taxpayer changes their tax status from resident to non-resident, by choosing to emigrate, SARS will deem there to be an additional period of assessment due during the tax year. SARS will require a provisional tax return to be lodged if the taxable income exceeds R1 million in that tax year. If there has been an actual sale, then the assets are viewed to have been sold at market value. Accordingly, the tax becomes due on the day the taxpayer leaves, even if the tax year has not yet lapsed.

How to declare Exit Tax?

The taxpayer must inform SARS by way of one of the following two channels: –

What are the general requirements?

Required is a signed declaration which states the taxpayer’s basis for qualification, a motivation letter with facts and circumstances in support of the disclosure. The taxpayer must also include a copy of their passport, and itinerary.

In addition, the following specific requirements must also be met: –

The taxpayer must provide SARS with the type of visa they have for the country they are emigrating to; the name of the new country of residence; a certificate of foreign tax residence; details of where their family is, location of any properties in South Africa; details of social interests; and any details of return visits10.

Consequences of Non-submission of Exit Tax

The most obvious risk a taxpayer takes is the possibility of incurring penalties of up to 200%.

Exit Tax is forever evolving, further amendments are due to come into effect on 1 March 2022 affecting, interalia retirement annuities11. Consult a tax practitioner for an informed opinion on exit charge as the treatment is on a case-to-case basis. Opinions on Exit Tax are known to vary.

When deciding on the pull or push factors and which country to migrate to, do consider that, as early as you start securing the visas and residence in that “promised land,” you ought to take some time to consult with a tax practitioner on Exit Tax. Remember that SA has several agreements with other nations and can enforce payment of an outstanding tax bill, even while the taxpayer is in the newly-found paradise. It is advisable that the emigrant taxpayer resolves any exit tax matters before emigrating.

A brief discussion on Exit Tax