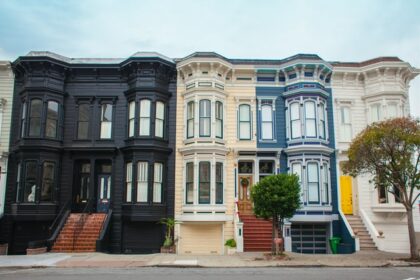 ‘Massing’ is a useful estate planning tool, especially for those who are married (regardless of their marital regime). There are, however, legal requirements which must be met in order for there to be successful massing. This article will explore those requirements as well as the difference between common law and statutory massing.

Put simply, massing occurs when two or more people join their estates (or a portion thereof) and bequeath the massed estate (of both the deceased and the survivor) to an heir or heirs nominated in a mutual last will and testament, subject to the survivor obtaining a benefit from the massed estate.

Importantly, upon the death of the deceased, and on condition that the survivor ‘adiates’ (or accepts), the administration of the estate will involve the joining of the assets and liabilities of the survivor and the deceased, which are then jointly bequeathed to the heirs as though the survivor has died.

In practice, massing is most common in instances where spouses who are married in community of property want to benefit their children but, at the same time, want to provide for the maintenance of the surviving spouse. Instead of becoming entitled to the half share of the community estate due on the dissolution of the marriage (by death), the survivor obtains a limited interest over the joint estate. In this way, the children obtain ownership of the joint estate assets, and the welfare of the survivor will be catered for.

Massing is also an option for estate planning for couples who are married out of community of property or instances where parties are not married or related but wish to create a massed estate.

There is a rebuttable presumption against massing and, thus, a clause in a mutual will which makes provision for massing must be stated clearly and concisely in order to ensure that the presumption does not apply.

In order for massing to be present, the following requirements must be met:

An adiation certificate must be signed by the survivor, as well as witnesses, and contain the following:

Repudiation by the survivor means that the massing contemplated by the first dying fails. The survivor is under no obligation to accept the terms of the mutual last will and testament, especially since that means losing ownership and future testamentary rights to his/her own assets.

Where spouses married in community of property have massed their estates and the survivor repudiates, the survivor will be entitled to retain his/her half of the community estate but will not be able to benefit in respect of the deceased’s assets under the mutual last will and testament in terms of which massing was created.

Common law massing is similar to statutory massing; however, the survivor is not granted a limited interest in the massed asset(s). Common law massing occurs when two or more persons mass their separate estates and dispose of the massed estate without granting the survivor a limited interest in the massed assets. An example would be if a married couple conclude a mutual last will and testament stating that on the death of the first dying of them, the survivor inherits the marital home while the residue of the massed estate passes to their children.

Massing has proven itself to be a useful legal tool, most commonly in cases where one fears that their spouse will dissipate the estate which the first dying had hoped would benefit the children of the marriage. It has also proven useful in situations where the first dying wants to avoid their survivor’s new spouse benefitting from their joint estate.

As is noted from the above, it is a prerequisite that the surviving spouse receives a limited interest in the massed property in order for there to be statutory massing and the survivor has to formally adiate to the terms of the mutual Will.

This article briefly explores the estate planning tool of massing.