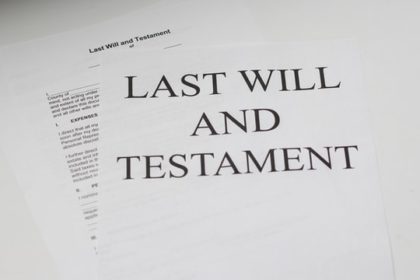 In this matter, the close relatives of the Deceased brought forth an application in which they sought an order directing the Master of the High Court, Cape Town (“the Master”) to accept as the Deceased’s last will and testament, a certain bank’s Will Application Form (“Application Form”), which the Deceased populated in order to instruct the bank to draft her will.

The Applicants relied on Section 2(3) of the Wills Act1 (“the Wills Act”) which states as follows:

“If a court is satisfied that a document or the amendment of a document drafted or executed by a person who has died since the drafting or execution thereof, was intended to be his will or an amendment of his will, the court shall order the Master to accept that document, or that document as amended, for the purposes of the Administration of Estates Act, 1965 (Act 66 of 1965), as a will, although it does not comply with all the formalities for the execution or amendment of wills referred to in subsection1.”

The Applicants further relied on the case of Mabika and Others v Mabika and Another2, where the facts were near identical to the present case. In the aforementioned case, the Court held that the instructions to the bank were accepted as the Deceased’s intended last will and testament, in terms of Section 2(3) of the Wills Act.

The Judge further reasoned that there was no proof that the Deceased had intended for the Application Form to be anything other than a drafting instruction.

The Judge accepted that the Applicants instituted proceedings in the best interests of the minor child, so that he would inherit his late mother’s half-share of the joint estate, as per the instructions listed in the completed Application Form.
This approach was seen as incorrect, as the Judge suggested that the Applicants ought to have applied for the appointment of a curator ad litem to institute these same proceedings on behalf of the minor child.

The application was accordingly dismissed. However, due to the fact that the Applicants acted in the best interests of the minor child, the Judge did not issue an order as to costs.

When relying on section 2(3) of the Wills Act, all requirements must be met.