Effect of a Divorce on a Last Will and Testament 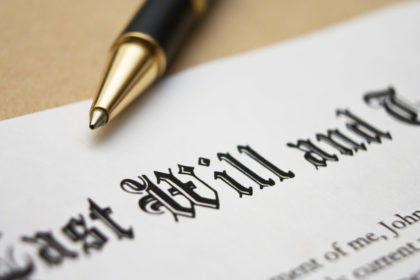 Effect of Divorce on Will

The statutory disqualification, as set out in section 2B of the Act, states that if a testator dies within three months of becoming divorced, and that person executed a will before such divorce, the will shall be implemented as if the testators previous spouse had died before the date of divorce, unless it is clear from the will that the testator intended to benefit their ex-spouse despite the divorce.

Section 2B of the Act thus means that the testator has a “window period” of 3 (Three) months after the divorce within which to revoke, and/or amend his Last Will and Testament, wherein he elected his ex-spouse as an heir or legatee, to exclude them from inheriting. If this is not done within the 3 (three) month period, then the testator’s estate will be divulged in terms of the testament, despite the divorce.

Section 2B of the Act was challenged on constitutional grounds in J W v Williams-Ashman NO and Others 2020 (4) SA 567 (WCC). The Applicant sought an order declaring Section 2B constitutionally invalid, alleging that it conflicted with Section 25(1) and Section 34 of the Constitution of the Republic of South Africa; the former prohibiting the arbitrary deprivation of property and the latter granting everyone the right to have a dispute decided by a public court or independent tribunal.

In this case, a couple days prior to their wedding, the deceased concluded a Last Will and Testament in terms of which a portion of her estate would fall to her husband in the event of her death. The marriage, however, was dissolved some 5 (Five) years later, and the deceased committed suicide within 3 (Three) months of the divorce.

As to the constitutional challenges levelled against section 2B of the Act, the court held that the provision in question protects individuals who are likely too emotional, as a result of a divorce, to attend to the alteration of their wills. Due to the increase in divorces, such protection is necessary for parties who have already dissolved their marriage and agreed to a distribution of their assets. In such cases, it would be unfair to exploit the absence of mind of an individual who was recently divorced by upholding a testamentary bequest by virtue of a relationship that has irretrievably broken down.

Moreover, the limited application of this provision (i.e. 3 months) does not completely disinherit an ex-spouse, as it no longer applies where the testator dies post the “window period”.

In concluding, the court held that the challenged provision conforms to constitutional imperatives and is valid insofar as it is proportional to the means for which it was enacted for and its application is not arbitrary.

Section 2B of the Act only applies where a testator dies within 3 (Three) months of the divorce. Where the testator lives beyond this period and does not alter the Last Will and Testament to reflect his/her new intentions, our law requires the existing will to be given full effect, and the ex-spouse to inherit as envisaged in the will.

A recently divorced individual has 3 (Three) months to revoke and/or alter his/her Last Will and Testament wherein same elects an ex-spouse as a beneficiary. Where a will is not revoked or altered within the prescribed period, the will remains valid, and should the testator die, his/her estate will be dissolved in terms of such will.