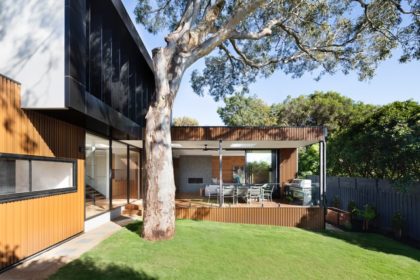 This article examines the thorny issue of when engineering contributions demanded by the municipality prescribe.[1] Our firm’s prior articles on the topic have become obsolete due to changes in the law. This article seeks to deal with the updated situation since the implementation by municipalities across the country of land use management by-laws in terms of the Spatial Planning Land Use Management Act (“SPLUMA”).

2. WHAT ARE ENGINEERING CONTRIBUTION FIGURES?

In these circumstances, the City will calculate amounts that it deems payable to assist with the facilitation of the upgrading of necessary engineering services (such as roads, sewers, pavements, parks, and any other upgrades necessary to facilitate the proposed use of the property). This often leaves a sour taste in the mouth of potential developers and can sometimes even render a development too expensive to continue with.  When this occurs, it commonly results in the development application being abandoned, and the engineering contribution figures not being paid.

3. WHEN CAN ENGINEERING CONTRIBUTIONS BE LEVIED?

Engineering contributions can only arise if the local authority decides to levy an engineering contribution and if the local authority. by registered letter, by hand or by any other means available, directs the owner of the land to which the scheme relates to pay a contribution to it in respect of the provision of the engineering contributions that will be payable. Unlike the Town Planning Ordinance, which very specifically sets out that this directive must be sent within 30 days, the bylaws are silent on a timeline in this respect. As the Ordinance has not been repealed, the writers are of the opinion that the bylaws and the Ordinance should be read in conjunction with one another. As such, the 30-day qualification should still stand, and the municipality must thus send the directive within 30days of the approved scheme being published.

Thus, no obligation will be incurred if the local authority decides not to – or forgets to – exact a contribu­tion, or if for one reason or another fails to post or deliver the demand timeously. The 30-day time limit is a very important one to note, as this could be another reason that any engineering contributions levied are not actually due to the municipality in question.

4. WHAT SHOULD HAPPEN WHEN THE FIGURES ARE RECEIVED

Any contribution that is still payable after the City has either accepted or rejected the repeal or amendment of the scheme, will become due within 30 days of the lapse of the 90 day period set out above.

5. DEMAND FOR PAYMENT AT TRANSFER

6. PASSING THE COSTS TO THE PURCHASER

When a seller is required to pay all engineering contributions levied (even when all the additional rights that they are levied in respect of have not been utilised) before the transfer, this reduces the seller’s profit margin and essentially forces it to absorb the cost of supplying the property with additional infrastructure that the seller may never use.

Whether municipalities are entitled to demand payment of engineering contributions levied (but not yet paid) at the date of application for rates clearance figures, where the rights in respect of which those contributions are levied have not yet been utilised, has thus become a controversial topic in the property industry. This is because many sellers do not want to pay engineering contribution figures if they have not utilised (or do not plan to utilise) the additional rights in relation to which those figures are demanded at the clearance stage, as they would prefer to pass this cost on to the purchaser, who would either utilise the additional rights and develop the property, in which case the contributions should surely be for their cost, or would leave the property as is in which case the contributions would have been a wasted cost (as it is the new owners election what happens to the Property and the seller cannot influence this).

For the above reasons, in our experience, the directive in respect of the figures are often issued, and they are then just ignored by the owner for extended periods, for various reasons. Where the figures have been demanded, but have not been paid for a period of three years or more, it might be the case that they are too old to claim in law – they might have prescribed.  We deal with this more fully below.

In most instances the amounts demanded are significant – they range from a few hundred thousand to a few million Rand in most developments. The question of when these types of charges prescribe thus becomes relevant to developers, who might be able to escape liability for payment of such amounts at transfer if these amounts have prescribed by that time.

In the case of The Stands 5/1 Wierda Valley (Pty) Ltd and another v Sandton Town Council[2] the Appellate Division (now called the Supreme Court of Appeal) distinguished between “development contribution” and “engineering contribution”. The Court held that the major differences between the two are that:

“A development contribution and better­ment were related to an increase in the value of the property concerned as a result of amended zoning rights, and not to an additional financial burden which might be incurred by a local authority pursuant to an exercise of those rights. An engineering contribution, however, is not levied in the interest of development generally but represents the actual costs that the local authority will have to defray when the amended rights are exploited.

A development contribution and better­ment did not have to be applied to defray such costs; the amounts concerned were on the contrary payable for the general weal of a town planning scheme. By contrast, the 1986 Ordinance by necessary implication provides that an engineering contribution must be used to meet those costs.

In terms of s 63(2) of the 1986 Ordi­nance an owner, who wishes to avoid the payment of an engineering contribution levied by a local authority, may request the local authority to repeal the amend­ment scheme. Neither the 1965 Transvaal nor the Natal Ordinance, however, provided for an avoidance of payment of a development contribution or better­ment.; In view of these distinctions counsel concluded that in contrast to an engineering contribution a development contribution and betterment possessed all the characteristics of a tax.”

To put this in layman’s terms, the Court found that an engineering contribution:

Taxes only prescribe after 30 years, but other charges (including levies) ordinarily prescribe after 3 years. In light of the above, and given that an engineering contribution has specifically been determined by our courts to be considered a tax, one can infer that it is a levy (which is not a tax). If this inference is correct, it means that as a levy an engineering contribution not paid for a period of 3 years after it having been levied by the municipality in question, where the other requirements for prescription have been met, would become prescribed and no longer be lawfully due and payable to the said municipality.

As such you might be able to avoid payment of any engineering contributions that were levied by a municipality if you did not make payment of them after 90 days of them being called for, and then for a further 3 years thereafter you have not made the payment, and the amounts have not been acknowledged or summonsed for. It should be noted, that this has not yet been tested in our courts in terms of the relevant by-laws referred to above, and our views are confirmed by a court, the above is merely an opinion. It should not be relied upon as legal advice.  If you find yourself in a position where a municipality is attempting to hold up the sale of your property by insisting on payment of engineering contributions that have prescribed or which are not due and payable or correct for any other reason, you may need to contact a competent attorney for further information and/or assistance

[1] This is a follow up article to the article titled “When are engineering contributions due and payable” by Chantelle Gladwin and Maike Gohl, which explains what they are and the legal framework in terms of which they are raised. A copy can be accessed at :_ https://www.schindlers.co.za/2015/when-are-engineering-contributions-due-and-payable/ .