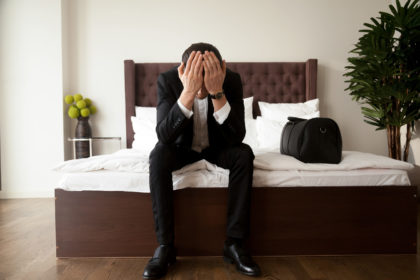 Written by Stef de Gouveia and checked by Sean Buskin

In this matter, Jaycen Trevor Dale (the “Applicant”) sought an eviction order against Michaela Sarah Newey (the “First Respondent”) in the South Gauteng High Court (the “Court”), which the First Respondent opposed. The Second Respondent did not participate in proceedings.

Gilbert AJ (“Gilbert”) was allocated the matter during the week preceding the hearing date and upon allocation, warned the both parties of the decision of the full bench of the Court in ABSA Bank Limited v Molotsi[i] as to the election to be made by an applicant when seeking relief by way of motion proceedings whether to persist with seeking such final relief by way of motion or whether instead to seek a referral of the matter either to trial or to oral evidence. Counsel for the Applicant, having read the decision of ABSA Bank v Molotsi, elected to refer the matter rather than taking the risk that the court may find there to be a dispute of fact that could not be argued on the papers.

As a result of the aforementioned, the matter was stood down on various occasions during the course of the day in order to allow for the Applicant and the First Respondent to meaningfully engage with each other in respect of the appropriate order to be made. The parties thereafter were in agreement that there should, as counsel for the Applicant originally suggested, be a referral to oral evidence on certain issues such as whether there was indeed an oral agreement between parties whereby the Applicant allowed for the First Respondent to remain in occupation of the premises. As for any other remaining contentious issues, the parties left it up to the Court to determine the precise ambit of issues to be decided by way of oral evidence.

In terms of costs, the Court acknowledged that it is a matter of discretion. The Court took into consideration that although the Applicant only elected to not argue the matter on the merits alone at the commencement of argument, the Applicant should not be faulted for electing a more cautious approach. Having said this, the Court ordered that the costs of the application were to be determined by the court in which the oral evidence, which had been referred, is heard.

In terms of the application itself, the Court held that the issue pertaining to where or not an oral lease existed between the Applicant and First Respondent, the terms thereof and whether the termination of same was lawful, was to be referred to oral evidence. This is despite the fact that the Applicant had originally sought to argue the matter strictly on the papers.

In relation to the oral evidence itself, the Court held that the Applicant and the First Respondent were entitled to call any witness who deposed to affidavits during the application procedure and were obliged to make available for cross-examination such witnesses who deposed to such affidavits to the extent that either party wishes to rely on respective affidavit.

This judgment portrays the importance of correctly distinguishing between when to institute action proceedings versus application proceedings. In the event of the Applicant not referring the matter to oral evidence, the Court may well have considered there to be a material dispute of fact incapable of being heard on the papers and the matter would not have been heard.