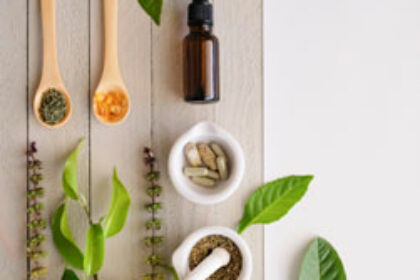 This appeal from the Gauteng Division of the High Court, Pretoria (“High Court”) to the Supreme Court of Appeal (“SCA”) follows after the Alliance of Natural Health Products (South Africa) (“the Alliance”) successfully challenged the Minister of Health’s General Regulations published on 25 August 2017 under GN 859 in Government Gazette 41064 (“the regulations”).

The Appellants in the matter is the Minister of Health (“the Minister”) and the South African Health Products Regulatory Authority (“SAHPRA”) – an organ of state and juristic person as established under section 2 of the Medicines and Related Substances Act 101 of 1965 (“the Act”).

In essence, the Act is aimed at regulating four types of things: medicines; scheduled substances; medical devices and in vitro diagnostic devices (IVDs). The Act defines each type in comprehensive terms.

Section 14 of the Act provides that SAHPRA may from time to time determine that a medicine, scheduled substance, medical device, IVD or any class or category of any of them, shall be subject to registration. The procedure for registration is set out in section 16. Section 1(3) of the Act also provides that:

‘In determining whether or not the registration or availability of a medicine is in the public interest, regard shall be had only to the safety, quality and therapeutic efficacy thereof in relation to its effect on the health of man or any animal, as the case may be.’

The new regulations however introduced a new category of medicines, namely complementary medicines (Category D). They are subcategorised into discipline-specific medicines and health supplements.

The regulations attach a number of obligations to complementary medicines and, where applicable, health supplements. These include obligations in respect of: the labelling of containers (reg 10(1)(cc) and 10(3)(b)); furnishing of professional information in hard copy or electronically (reg 11(2)(t)); providing a patient information leaflet (reg 12(2)(n)); and advertising (reg 42(5)(c)(ii)). It was confirmed by the court that there can be no doubt that compliance with these obligations requires significant effort and costs.

The review ground relied upon by the Alliance was that the scope and ambit of the regulations exceeded the rule-making powers of the Minister in terms of the Act. In essence, the contention was that the Minister was only empowered to regulate medicines and scheduled substances within the meaning of the Act. However, so it was contended, the regulations purported to regulate substances that were neither medicines nor scheduled substances and, to that extent, were ultra vires[1] (the “ultra vires ground”).

Two additional grounds were put forward by the Alliance, namely, a procedural ground on the basis that there was not sufficient consideration by the Minister of comments provided in relation to the regulations, and that the regulations were substantively irrational for lack of capacity by SAHPRA to process mandated registration applications. In turn, the Minister confirmed on oath that he had considered the comments received in response to the draft regulations, and that SAHPRA had been provided with additional resources to process the applications.

The two Appellants further contended that the application raised an impermissible abstract challenge. They denied that the regulations were ultra vires in any respect, on the basis that the definition of ‘medicine’ in the Act was sufficiently wide to include all complementary medicines and health supplements as defined in the regulations. These definitions therefore lie at the heart of the dispute.

The High Court (court a quo) rejected the argument by the Minister and found for the Alliance on the ultra vires ground. The court found it unnecessary to consider the remaining two grounds.

The High Court therefore declared that the regulations were unlawful to the extent that they apply to “complementary medicines” and “health supplements” that are not “medicines” or “scheduled substances”. The partial declaration of invalidity in respect of the regulations were ordered to be suspended for a period of 12 months.

The High Court granted leave to appeal to the Appellants and gave leave to the Alliance to cross-appeal the suspension.

The Appellant persisted with the argument that the challenge to the regulations on the ultra vires ground was impermissibly abstract. The SCA referred to the case of Savoi and Others v National Director of Public Prosecutions and Another 2014 (5) SA 317 (CC) at paras 9-13, which states that the abstract nature of an application brings two factors to the fore. The first is standing, (whether the applicant is entitled to challenge the validity of the provisions in question). The second factor is the application of the heavy burden on the applicant to show that the provisions are constitutionally unsound or invalid.

The Alliance acts on behalf of its members, which include manufacturers and retailers of complementary medicines and health supplements. Their rights are directly affected in an adverse manner by what they perceive to be invalid regulatory measures. The Alliance therefore clearly had standing to attack the regulations on this ground and the appellants did not contend otherwise.

Therefore, the only remaining question is whether the provisions are on the face of it constitutionally unsound or invalid. In this regard, it’s important to note that if the regulations, or part thereof, are beyond the powers of the Minister, they would be invalid under the Constitution.

Referring to the definitions contained in the Act, we note the following:

The definition of ‘medicine’ in the Act is:

‘(a) . . . any substance or mixture of substances used or purporting to be suitable for use or manufactured or sold for use in—

(i) the diagnosis, treatment, mitigation, modification or prevention of disease, abnormal physical or mental state or the symptoms thereof in humans; or
(ii) restoring, correcting or modifying any somatic or psychic or organic function in humans; and

(b) includes any veterinary medicine.’

To qualify as a medicine, a substance (or a mixture of substances) must: be used; purport to be suitable for use; or be manufactured or sold for use for a purpose set out in subparagraphs (a)(i) or (a)(ii) of the definition. It was rightly common cause between the parties that on a sensible contextual interpretation of the definition these are limited to therapeutic or medicinal purposes.  On this interpretation, drinking water is clearly not a medicine under the Act, but water that is claimed to have the ability to cure a disease, would be one.

The regulations define ‘complementary medicine’ as any substance or mixture of substances that:

‘(a) originates from plants, fungi, algae, seaweeds, lichens, minerals, animals or other substance as determined by the Authority;

(b) is used or purporting to be suitable for use or manufactured or sold for use –
(i) in maintaining, complementing or assisting the physical or mental state; or
(ii) to diagnose, treat, mitigate, modify, alleviate or prevent disease or illness or the symptoms or signs thereof or abnormal physical or mental state of a human being or animal; and

(i) as a health supplement; or
(ii) in accordance with those disciplines as determined by the Authority.’

Thus, to qualify as a ‘complementary medicine’, a substance must comply with each of paras (a), (b) and (c) of the definition. Paragraph (a) sets a requirement of origin, in wide terms. Paragraph (b) departs from the definition of ‘medicine’ in the Act.

However, ‘health supplement’ is defined as follows:

‘. . . any substance, extract or mixture of substances as determined by the Authority, sold in dosage forms used or purported for use in restoring, correcting or modifying any physical or mental state by –
(a) complementing health;
(b) supplementing the diet; or
(c) a nutritional effect,
and excludes injectable preparations, medicines or substances listed as Schedule 1 or higher in the Act.’

Clearly, this third element of the definition of ‘complementary medicine’ takes it even further away from substances that have or claim to have a therapeutic purpose.

The SCA therefore held that the appeal must fail on the ultra vires ground and that it is unnecessary to make a final determination of the other review grounds.

In summary, the regulations purport to regulate substantial numbers of substances that are not medicines under the Act. The court a quo correctly concluded that, to this extent, the regulations are ultra vires and invalid.

The appeal and cross-appeal was dismissed with costs, meaning the order of invalidity stands and the order is suspended to allow the regulations to be brought within the perimeters of the Act.

The SCA commented that it appeared from the evidence that there is a substantial market worldwide and in South Africa for complementary medicines and health supplements. There was no dispute that this market should be regulated in the public interest but that regulations must be drafted in a manner that is lawful and properly empowered.

Disclaimer: The above is merely a summary of a complex area of the law. Should you have any concerns or queries relating to the enforcement or application of cannabis law in South Africa, kindly contact us at cannabis@schindlers.co.za for a preliminary consult with one of our experts.

We are committed to providing sound, reliable legal advice. This article or case note is for general public information. It is not to be considered or construed as legal advice. Each matter must be dealt with on a case by case basis and you should consult an attorney before taking any action contemplated herein.

[1] beyond one’s legal power or authority