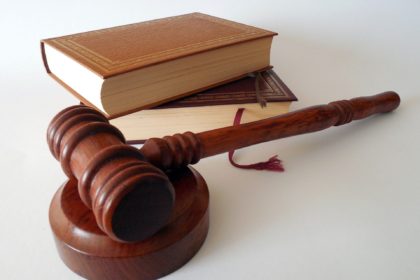 This judgment concerned an application before the Constitutional Court (the “Court”) to set aside an order of the High Court dismissing Headman Masenyani Thompson Rikhotso’s (the “applicant”) review application on the basis that same was not brought within a reasonable time and lacked prospects of success on the merits.

The applicant was nominated for the vacant position of headman by the fourth and fifth respondents under section 12(1)(a)-(b) of the Limpopo Traditional Leadership and Institutions Act 6 of 2005 (the “Act”). This section provides that whenever a position of a senior traditional leader, headman or head woman is to be filled, the royal family concerned must, within a reasonable time after the need arises for those positions to be filled and with regard to the customary laws of the traditional community concerned identify a person who qualifies to assume the position and issue a certificate of recognition, among other things.

On 18 September 2017, the applicant launched an application to review and set aside the first respondent’s decision to withdraw his certificates of recognition and appointment. The applicant based his challenge on the right to just administrative action. The applicant sought condonation for his late review – for his failure to bring the application within the required 180 days (in terms of section 7(1)(b) of the Promotion of Administrative Justice Act 3 of 2000 (“PAJA”)) – by way of an application in terms of section 9 of the same Act. Section 9 of PAJA states that a late application to review a decision may be condoned either by agreement from both parties or by a court and/or tribunal on application by the person concerned.

On 27 November 2018, the High Court granted the condonation application.

On 16 January 2019, the same Judge who had heard the PAJA application for condonation delivered judgment on the merits of the main application. The judge, seemingly oblivious to having granted the condonation less than 2 months prior, held that the prescription period had lapsed for a review application to be launched and that the matter lacked merits, and dismissed the applicant’s review application with costs against him. The applicant petitioned to the Supreme Court of Appeal, which petition was dismissed.

The Constitutional Court issued directions requesting the parties to make written submissions on whether: –
a) It was competent for the High Court to grant an order in favour of the respondents on the point that the review application was delayed;
b) The High Court could dispose of the matter on the delay point, despite its earlier ruling that the delay was condoned;
c) The principle enunciated in Biowatch v Registrar, Genetic Resources [2009 (6) SA 232 (CC) (“Biowatch”) should apply in this matter.

The applicant submitted that it was not competent for the High Court to grant an order on the prescription of the matter in favour of the fourth and fifth respondents. The applicant argued that the High Court, having granted the condonation in terms of section 9 of PAJA, could not dispose of the matter on the delay point, as the doctrine of functus officio is applied.

Functus officio is the principle in terms of which decisions which officials make are deemed to be final and binding once they are made, and therefore cannot, once made, be revoked by the decision maker. This doctrine supports fairness and certainty.

The High Court’s finding on prescription against the applicant despite the same court having granted condonation earlier implicates the applicant’s constitutional right of access to courts. As a result, this fault engaged the Constitutional court’s jurisdiction as a constitutional matter and it was therefore in the interest of justice to remedy the injustice occasioned by this adverse finding.

The right of access to courts is essential in a constitutional democracy under the rule of law and although prescription limits that right, a condonation granted in terms of prescription breaks that limitation. The High Court was functus officio insofar as prescription was concerned. The doctrine of functus officio is important as it provides certainty and clarity for the law and the only exception that will be considered for this doctrine is when a judgement or order is a nullity and is of no effect.

The applicant’s delay in launching a review had already been condoned in terms of section 9(2) of PAJA. As a result, the court could not alter or even revoke that final decision. The High Court erroneously overruled itself in finding that the prescription point must be held up. As a result, its order must be set aside and the matter is to be remitted for the consideration of the merits of the review application.

The principle which was determined in Biowatch was who should pay the costs of litigation of a constitutional and/or public interest character. In Biowatch it was determined that members of the state who are the respondents in a matter ought to pay the costs of such litigation. The court in this matter, determined that the Biowatch principle ought to apply. Therefore, the first (Premier of Limpopo Province), second (Member of the executive council Co-operative Governance, Human Settlements and Traditional Affairs, Limpopo) and third (District manager, Mopani Department of Traditional Affairs) respondents, as organs of state, were ordered to bear the costs of the applications for leave to appeal to this Court, the High Court and the Supreme Court of Appeal.

This order was made because the parties raised the prescription point in the High Court with full knowledge that the court had already granted the applicants’ condonation as well as the fact that the applicant was genuinely vindicating his constitutional right to just administrative action by seeking a right of appeal.

Once a court is functus officio, it cannot alter or revoke that final decision. A person’s right to fair and just administration action will be protected by the Constitutional court in an effort to protect an individual’s constitutional right to access court.