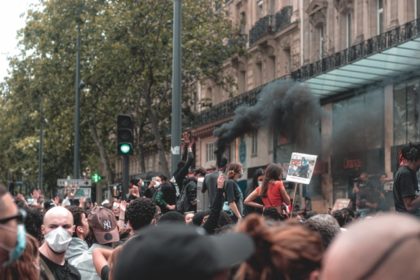 Whilst in the employ of the Premier and Director General of Mpumalanga (“the Defendants”), Ms Catherine Churchill (“the Plaintiff”) was assaulted by protestors during a labour protest at her place of employment. Alleging that she had developed permanent acute post-traumatic stress disorder, as a direct result of the incident, the Plaintiff sued the Defendants for medical expenses, loss of income and general damages. The Plaintiff averred that the Defendants had done nothing to safeguard the employees during the protest action, despite having a legal duty to ensure the safety of their employees.

The High Court held that the primary issue to be determined was whether or not the injury was an “occupational injury” for purposes of the Compensation for Occupational Injuries and Diseases Act 130 of 1993 (“COIDA”). The dispute pertained to whether or not the Plaintiff’s injury arose out of her employment.

The Defendants raised a special plea contending that the Plaintiff’s claim constituted an occupational injury for which she was entitled to compensation in terms of the COIDA and was therefore excluded by s 35(1) of COIDA. On the merits, they denied the existence of any legal duty and that they were vicariously liable for the behaviour of the protestors. At the trial, the parties agreed that the presiding judge should determine the merits of the Plaintiff’s claim, leaving the quantum to be dealt with separately. The judge upheld the special plea and concluded that there was no need to consider the remaining defences on the merits, whilst stating that he would have rejected them.

The special plea was upheld, and the Plaintiff’s claim dismissed. The Plaintiff proceeded to take the matter on appeal to the Supreme Court of Appeal (“SCA”).

The SCA upheld the appeal with costs, as it was satisfied that the accident arose out of the Plaintiff’s employment, as well as in the course of that employment. The order of the High Court was set aside and replaced with the following order:
i. the special plea is dismissed; and
ii. the Defendants are liable to compensate the Plaintiff for such damages as may be agreed or proved arising out of the injuries suffered by her in the course of the protest at the offices of the First Defendant on 5 April 2017; and
iii. the matter is remitted to the High Court for the determination of the nature and extent of any and all such injuries and the quantum of damages to which she is entitled in consequence thereof; and
iv. the First Defendant is to pay the costs of the action up to 23 May 2019, being the date of judgment in the high court.