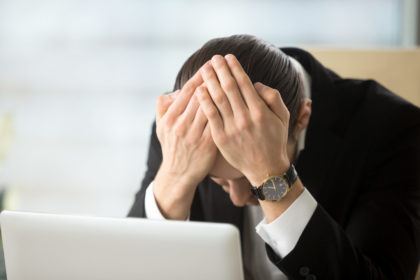 This appeal is against the judgment and order of the Labour Court handed down on 16 February 2018, in terms of which the review application brought by the Appellant, Cashbuild (Pty) Ltd (“Cashbuild”), was dismissed with costs.

The Third Respondent, Mr Steven Nkomo (“the Employee”) was employed as a sales coordinator at Cashbuild’s ‘Moloto’ branch, reporting to the branch manager, Ms. Patricia Mokoena (“Ms. Mokoena”). He was dismissed from his employment on 5 November 2014 for gross insubordination after he failed to comply with Ms Mokoena’s instruction not to comply with a customer’s request to collect roof tiles that she had purchased.

Subsequently, thereto, the Employee referred an unfair dismissal dispute to the Second Respondent, the Commission for Conciliation Mediation and Arbitration (“the CCMA”). In the arbitration award dated 20 March 2015, the First Respondent (“the Commissioner”) found the Employee’s dismissal substantively unfair. The employee was retrospectively reinstated into his employment with Cashbuild with a final written warning for insubordination valid until 4 November 2015.

After the Labour Court, on review, found the Commissioner’s decision to be reasonable and dismissed the review application with costs, on 5 March 2018, Cashbuild filed an application for leave to appeal. Leave to appeal was granted on 16 July 2018. Yet, Cashbuild filed its notice of appeal on 15 November 2019, fifteen months late, with the appeal record filed thereafter on 14 February 2020.

Rule 5(1) of the Rules of the Labour Appeal Court (“the Rules”), requires an appellant to deliver a notice of appeal within fifteen (15) days of leave to appeal being granted ‘or any longer period that may be allowed by the court, on good cause shown. Rule 5(8) requires that: ‘The record must be delivered within 60 days of the date of the order granting leave to appeal unless the appeal is noted after a successful petition for leave to appeal…’.

Since Cashbuild failed to lodge the record of appeal within the period prescribed in Rule 5(8), without an extension of time having been granted, Cashbuild was deemed, in terms of Rule 5(17), to have withdrawn the appeal.

Cashbuild thereafter applied for the reinstatement of the appeal and condonation for the late filing of the application for leave to appeal and the appeal record, which was opposed by the Employee. Cashbuild claimed to have been unaware that its application for leave to appeal had been granted. In his affidavit in support of the applications for reinstatement and condonation, Cashbuild’s attorney stated that when an individual from his firm first followed up with the registrar’s office, the file was “still with the Judge” and that in a subsequent follow up in September 2018, the file could not be found. In January 2019 and again in May 2019, Cashbuild’s attorney stated, that “there was still no luck in finding the file.” Further that the attorney who dealt with the matter, Ms Moyo, went on maternity leave from the beginning of July 2019 and on her return on 1 November 2019, she found an email addressed to her dated 10 July 2019, which attached a letter from the employee’s attorneys indicating that leave to appeal had been granted the previous year and enquiring whether Cashbuild intended to pursue the appeal.

On 4 November 2019, the Cashbuild’s attorneys found the file at the Labour Court and the notice of appeal and record of the appeal were filed thereafter. Given the extensive delay, the Employee opposed the reinstatement and condonation applications.

The Labour Appeal Court held that a court has the discretion to grant condonation and reinstate an appeal where the interests of justice demand it and where the reasons for non-compliance with the time limits have been explained to the satisfaction of the court.  Cashbuild was required to provide a full and frank explanation for the reasons for the delay, demonstrate that it had some prospect of success and show that it would suffer prejudice if the delay was not condoned.

The Labour Appeal Court held that the claim that Cashbuild’s attorneys periodically attended at the Labour Court, only to be unable to find the file for months on end, without any detail as to further efforts made to determine whether leave to appeal had been granted, did not constitute a satisfactory explanation for the excessive delay in this matter. Such explanation indicated not only an extreme indifference and absence of any urgency to the matter but also a total lack of regard for the Rules of Court. Furthermore, the fact that an attorney was on maternity leave did not constitute a satisfactory explanation why a letter sent to the Cashbuild’s attorneys was not received and why, in spite of having been alerted to the fact that leave to appeal had been granted, no further steps were taken to prosecute the appeal during this period.

As to the prospects of success, the task of the Labour Court was to determine whether the decision reached by the Commissioner was one that a reasonable decision-maker could reach. It found that the Commissioner’s findings fell within the ambit of reasonableness required. The evidence on record did not show that that finding was wrong or that the Employee’s misconduct, in failing to adhere to an instruction of his superior, was of such a degree that it warranted dismissal. Consequently, the Labour Court’s decision to dismiss the review application, having regard to the findings of the Commissioner, was not without foundation and the prospects of success in this appeal were limited.

Cashbuild had failed to make out a case for the relief it sought and accordingly, the reinstatement and condonation applications failed. There was no order of costs made.

In this case, our attention is drawn to the importance of Rule 5(1) of the Rules of the Labour Appeal Court Rules which requires an appellant to deliver a notice of appeal within fifteen (15) days of leave to appeal being granted ‘or any longer period that may be allowed by the court, on good cause shown’.