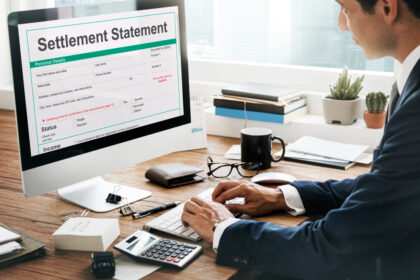 Mr. Pillay, the Applicant sought the final sequestration of the Respondents’ joint estate Being Mr Imani, the First Respondent, who was married in community of property to Mrs. Imani, the Second Respondent.

The First Respondent and his business partner, Innocent Shavi, were the controlling minds behind Macsilla Holdings (Pty) Ltd (“Macsilla”). Macsilla borrowed R4 million rand from the Applicant, but did not repay it. On 27 September 2021, Crutchfield AJ ordered the final liquidation of Macsilla on the basis that it was factually insolvent, largely because it could not hope to meet its loan obligations to the Applicant. Shortly before Macsilla was liquidated, on 13 September 2021, Victor J provisionally sequestrated the Respondents. The issue now before the Court was whether the requirements for a final order of sequestration, under section 12 of the Insolvency Act 24 of 1936 (“the Act”), had been satisfied.

THE NATURE OF THE CLAIM AGAINST THE FIRST RESPONDENT

Mr. Felgate conceded that it met the requirements for a valid deed of suretyship as it was in writing, it identified the creditor, the debtor, and the sureties, the sureties had signed the document personally, and the document identified the principal debt and any future amounts that may have been advanced. Although the document did not set all of this out in detail, it was clear, having regard to the undisputed facts and circumstances surrounding the conclusion of the agreement, that the First Respondent and Mr. Shavi signed it with the intention of binding themselves as co-principal sureties for Macsilla’s debts. As such, the First Respondent’s argument that he did not owe a debt to the Applicant stood to be rejected.

The Applicant alleged the following two acts of insolvency:

Firstly, he stated that the First Respondent had previously sold one of his assets – a BMW motor vehicle – in order to meet his obligations to the Applicant. This was said to redound to the prejudice of the First Respondent’s other creditors, and to constitute an act of insolvency under section 8 (c) of the Act 24. The Court was, however, not satisfied that such a case had been made out. It held that the Applicant may have been able to demonstrate a disposition of assets, but there was nothing on the papers before the Court that suggested that the disposition was to the prejudice of any of the First Respondent’s other creditors.

The Applicant bore the onus of demonstrating to the Court that “there is reason to believe that it will be to the advantage of creditors of the debtor if his estate is sequestrated.”1 In other words, there must be facts that satisfy that there is a reasonable prospect of the Respondents’ creditors deriving some benefit from their sequestration. Even if the Respondents had no assets evident on the papers, it may be possible to infer from the facts that, as a result of the inquiry to be conducted under the Act, assets may be revealed or recovered for the benefit of creditors, and that these may enable an actual payment to be made to each creditor who proves a claim. In that event, an advantage to creditors would have to be established.

Paragraph 35 of the founding affidavit, in which the Applicant alleges an advantage to creditors, contains no more than a series of speculations that, if a trustee is appointed to administer the insolvent estate, then assets might be found to satisfy the First Respondent’s debts. The Court held that this was insufficient to ground a finding that the Respondents’ sequestration would be an advantage to their creditors.

The Court also had regard to the fact that no steps had been taken to inventory the Respondents’ assets and creditors since the provisional order of sequestration was granted on 13 September 2021. Had there been a genuine belief that the Respondents had a body of assets from which a range of creditors would derive some advantage, the Court would have expected some steps to have been taken to establish these particulars. None of the Respondents’ other creditors (if they existed), had made themselves known in response to the dissemination of the provisional order.

If more were needed to demonstrate the inadequacy of the Applicant’s case in providing reason to believe that sequestration would be to the advantage of the Respondents’ creditors, it would be necessary for the Court to point out that there was no attempt at all in the Applicant’s papers to satisfy the requirements of this court’s practice manual, which gives detailed guidelines for the evaluation of whether an advantage to creditors had been demonstrated in any particular case.

The Court was not satisfied, that there is reason to believe that any advantage to creditors will arise from granting the relief the Applicant seeks. Accordingly, the provisional order of sequestration was discharged with and the application for final relief was dismissed with costs.

The requirements for a final order of sequestration under section 12 of the Act must be satisfied in order for the final sequestration of the Respondents’ joint estate.