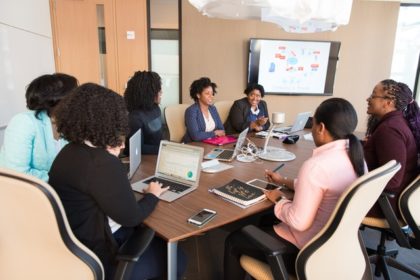 Section 9 of the Constitution of the Republic of South Africa, 1996, provides for the right to equality and requires the creation of a basis of equal treatment mindful of the differences in racial historical economic backgrounds. BEE aims at bridging these differences between formal and substantive equality. Anne Smith defines formal equality as the idea that states ‘…consistency requires that all persons who are in the same situation be accorded the same treatment and that people should not be treated differently because of arbitrary characteristics such as religion, race or gender. This formulation resonates with the original Aristotelian conception of equality, that like cases should be treated alike…’[3] Substantive equality she describes as ‘the preferred notion of equality,’ which ‘orients the right to equality from a negatively-oriented right of non-discrimination to a positively-oriented right to substantive equality. It does this by ensuring that laws or policies do not reinforce the subordination of groups already suffering social, political or economic disadvantage and requires that laws treat individuals as substantive equals, recognising and accommodating peoples’ differences.’[4] As a direct incentive for institutions to follow the BEE policy set up by the government, tenders by the government are given to institutions that have higher BEE rating.

Other than B-BBEE Act of 2003 (as amended), the BEE codes, sector-specific Codes of Good Practice (Sector Codes), collectively govern BEE. Some Industries require operators to have a certain level of rating to ply their trade and are regulated by the sector-specific legislation e.g. the Mining Sector’s Mineral and Petroleum Resources Development Act 2002. The players in some industries are required to have transformational initiatives to obtain a concession. Operators might also be required to show how much of their procurement is from highly BEE-rated institutions. In a nutshell BEE is aimed at overcoming the apartheid legacy.[5]

Just like any other well-intended policy, BEE policies have been a subject of abuse by institutions as result legislation was promulgated to curb such abuse.  Section 130(1)(d) of the B-BBEE Amendment Act 46 of 2013 has criminalised fronting. The Amendment Act defines fronting practice as ‘…a transaction, arrangement or other act or conduct that directly undermines or frustrates the achievement of the objectives of this (Amendment) Act, including but not limited to practices in connection with a B-BBEE initiative….’ Fronting is illustrated as window dressing, tokenism, benefits diversion and opportunistic intermediaries. Fronting, as per s1(e)  B-BBEE Act, includes ‘appointing black persons who are inhibited from substantially participating in the core activities of the enterprise and the benefits from the broad-based economic empowerment status do not trickle down to the black people in specified ration as in the documents submitted.’ Trite, the BEE initiative was rolled out to address the use of race to control access to South Africa’s resources and possession of skills as stipulated in the B-BBEE 2003 Act. The policy was also promulgated to eradicate the exclusion of the vast majority of South Africans from meaningful participation in South Africa’s economy which would, in turn, lead to South Africa’s stability and the prosperity of all her people.

In the Viking Pony African Pumps v Hydro Tech Systems 2011 (2) BCLR (cc) 2010 and the Peel and Others v Hamon J & C Engineering 2013 1 All SA 603 (GSJ) cases, the courts dealt with misrepresentation and fronting in detail where such fraudulent acts of misrepresentation were described as fronting. Briefly, in the Viking Pony case, Hydro Tech Systems took Viking Pony to court for misrepresentation in its tender documents culminating into fronting which resulted in Viking Pony winning 80% of the tenders, unlike Hydro Tech whose quotes were usually lower. After a close look at Viking Pony’s affairs, it became apparent that historically disadvantaged individuals held 70% shares, yet they were neither remunerated nor allowed to participate in the management to the extent of their shareholding.[6] The benefits from the tenders awarded, Hydro claimed, were rerouted to its sister company Bunker Hills which was a wholly white-owned company. The court ordered the City of Cape Town to investigate the allegations by Hydro as it was the institution awarding the contracts. In Peel and Others’ case, Hamon J&C Engineering sold its 25% shares to a black driver and a Messenger in its employ. The applicant alleged this was a sham as it was a percentage required for B-BBEE compliance, did not issue a shareholders agreement and had a buy-back clause of the shares sold to the two ladies.[7] After announcing their B-BBEE status, Hamon J&C went on to simply take back their shares from the two ladies without consulting them and when asked, they simply stated they had found ‘a proper lady’ for the shares. In both cases, the parties involved in fronting were punished and from the two cases, it is clear the courts view window dressing as serious fraud, punishable in the criminal justice system.

The B-BBEE Act creates a B-BBEE Commission to deal with fronting challenges and is empowered to issue summonses, subpoenas, institute court proceedings and to refer matters to the National Prosecuting Authority or the South African Police Service – essentially criminalising the vice.[8] Window dressing can result in a prison conviction and a convicted person may be barred from doing business with the state.[9]

In 2020, the Legal Practice Council (LPC) commenced with the drafting of the legal sector code. Its quest was to develop and adopt a B-BBEE Legal Sector Code in terms of s9 of the B-BBEE Act, in order to advance the transformation of the legal profession. Section 5 of the Legal Practice Council Act, 28 of 2014 provides for objectives of the LPC as to facilitate the realisation of a transformed and restructured legal profession and to promote a legal profession that is accessible and broadly reflects the demographics of South Africa. While South Africa seems to have made a great amount of changes since the first black law firm in Chancellor House, Mandela and Tambo Attorneys to hundreds of black firms at present, the legal profession is considered as one of the largely less transformed professions. Less black advocates are briefed by the medium to large firms and equally so are fewer black attorneys appointed as correspondent attorneys.[10]

The LPC has since set up a Sector Code Development Steering Committee to oversee the Sector Code Development and the Committee comprises interalia, Black Lawyers Association, General Council of the Bar, and the National Association of Democratic Lawyers.[11] BEE in the legal profession is not without opposing views. Solidarity Law’s Guild opposes the proposed codes arguing equality should not be imposed through state policies.[12] Solidarity claims the majority of law firms in South Africa are single practitioners and such policies would mete out an unnecessary hurdle on their practices. The Guild claims the legal profession can self-regulate and does not need government interference. The author of this article believes sooner than later, a change is coming. The legal profession will be transformed and subjected to the same sanctions just like other sectors.

BEE did not originate in South Africa. Countries like the United States have had their own share of such a policy which has faced a variety of responses. South Africa’s history required a similar strategy. With the choice to ‘BEE or not to BEE,’ the author of this article opines that BEE is a fair policy since no one is forced to abide by it. The only major consequence is that a player in the legal sector could lose out on the all-important benefits that arise from compliance. Perhaps, the key would be to have a cut-off-line by when the policy would run out and allow all players to compete equally and liberally. Until then, the legal profession has taken the brace position for the unavoidable change that is about to take place. A change is going to come.

[10] Nombembe P and Narsee A (2015) Black advocates cite racism as they feel the financial pitch https://www.timeslive.co.za/sunday-times/news/2015-05-10-black-advocates-cite-racism-as-they-feel-the-financial-pinch/ https://www.timeslive.co.za/sunday-times/news/2015-05-10-black-advocates-cite-racism-as-they-feel-the-financial-pinch/ accessed on 2 March 2021.