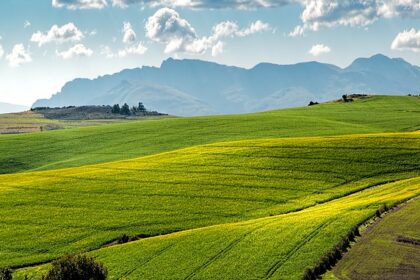 The Appellants owned numerous farms which were utilised for the production of maize and sunflowers. In 2015, the Appellants concluded several agreements in terms of which they sold 14 (fourteen) portions of the farms to the Welbeplan Boerdery (Pty) Ltd (the “Respondent”), each subject to a suspensive condition that the Respondent obtains finance to pay the purchase price. Furthermore, the parties agreed that in the event of the suspensive condition not being fulfilled, the agreements would be regarded as lease agreements for a period of 12 (twelve) months.

The suspensive condition in each of the agreements was not fulfilled and, subsequently, the Respondent breached the lease agreements.

On the basis of what was set out in the Correspondence, the Respondent approached the High Court of South Africa, North West Division, Mahikeng (the “High Court”) and obtained a spoliation order.

The Appellants were granted leave by the Supreme Court of Appeal (the “SCA”) to appeal the decision of the High Court.

At the outset, the SCA stated the main purpose of the mandament van spolie, which is to preserve public order by preventing persons from taking the law into their own hands.

The SCA reiterated that the requirements for the mandament van spolie are trite:

The Appellants’ defences were that there was no spoliation and that they had not resorted to self-help. The Correspondence constituted demands by lawful means and the threat to approach the court for relief in the event of trespassing was a far cry from the Appellants taking the law into their own hands.

The SCA held that the mandament van spolie is a possessory remedy, aimed at restoration of possession where a party is unlawfully deprived of its prior and peaceful possession of the property.

The SCA considered Abbot v Theleman1 wherein it was held that where conduct complained of merely constitutes threatened deprivation of possession, the mandament van spolie is not available as a remedy because it is aimed at the actual loss of possession. The remedy for a mere threat of spoliation is a prohibitory interdict. For a spoliation order, there must be unlawful spoliation, that being a disturbance of possession without the consent and against the will of the possessor. A minimum threshold or degree of actual physical interference or deceit sufficiently grave to qualify as effective deprivation of possession is required. The deprivation requirement of the mandament van spolie entails that the disturbance must be substantial enough to effectively end or frustrate the Respondent’s control over the property.

The SCA found that the Appellants threat of approaching a court for relief as a result of non-compliance by the Respondent was a clear indication that they did not take the law in to their own hands and did no more than exercise their contractual right to cancel the lease agreements.

Accordingly, the SCA upheld the appeal and found that the High Court erred in its interpretation and application of the requirement of unlawful deprivation of possession for a spoliation order and, furthermore, that it extended the scope of the mandament beyond its intended purpose, scope and limits.

The threat to approach a court for relief does not constitute the unlawful deprivation of land in relation to the mandament van spolie.