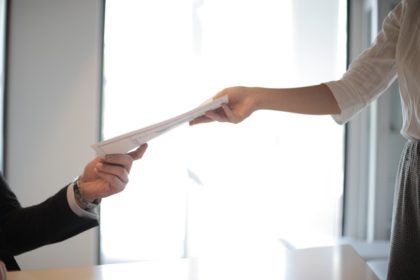 The case deals with an appeal to the Constitution Court to determine whether the High Court has jurisdiction over an alleged unlawful termination of a fixed-term contract of employment.

On 1 February 2019, Ms Baloyi (“the Applicant”)was employed by the Office of the Public Protector on a five-year contract. The contract provided for a six-month probation period, ending on 31July 2019. The probation period could be extended however not for a period of more than twelve months.

On 21 October 2019, the Applicant received a further letter from Mr Mahlangu stating that the Office of the Public Protector was unable to confirm the Applicant’s permanent employment and that her contract would be terminated on 31 October 2019. The reason for not permanently employing the Applicant was that she was “not suitable for the role of COO taking into account her overall capability, skills, performance and general conduct in relation to the position”.

The Applicant’s case was founded on “contract, the Constitution and the Public Protector’s public duties as an organ of state”  and approached the High Court seeking,  firstly, a declaratory order that the decision to terminate her employment contract was unconstitutional, unlawful, invalid, secondly, an order setting aside the termination and lastly a declaratory order to the effect that Ms Mkhwebane, had failed to fulfil her obligations under section 181(2) of the Constitution. The High Court dismissed the Applicant’s application on the basis that it did not have jurisdiction over the dispute and that it should have been brought before the Labour Court.

The Applicant challenged the High Court’s finding by appealing to the Constitutional Court (“the Court”). The Public Protector (“the First Respondent”), Ms Busisiwe Mkhwebane, cited in her personal capacity (“the Second Respondent”), Mr Vussy Mahlangu, the Chief Executive Officer of the Public Protector (“the Third Respondent) and also cited in his personal capacity as (“the Fourth Respondent”), contended that the Court lacks jurisdiction in relation to the jurisdiction challenge raised by the Applicant. The Respondents further submitted that the Court was not called upon to interpret the Labour Relations Act (LRA) since the parties are ad idem as to the interpretation of the applicable legislation.

The Applicant contended that her employment contract had been terminated unlawfully because it was terminated contrary to the Policy on Probation and Disciplinary Policy of the Office of the Public Protector and was taken by an official who did not possess the necessary authority. The Applicant’s employment contract contained a clause stating that the employment relationship could be terminated at the end of the probationary period in accordance with the requirements of the LRA.

The Constitutional Court held that the High Court had erred in dismissing the Applicant’s application on the basis that it was “essentially a labour dispute” and that its jurisdiction was not engaged. The Court asserted both the LRA (section 157 (2)), and the Employment Act which expressly recognises that there are certain matters in respect of which the Labour Court and the High Court enjoy concurrent jurisdiction.

This case highlights that contractual rights exist independently of the LRA and that employees are not deprived of the common law right to enforce the terms of a fixed-term contract of employment and the LRA.