Baleni and Others v Regional Manager: Eastern Cape Department of Mineral Resources and Others (Centre for Applied Legal Studies as amicus curiae) [2020] 4 All SA 374 (GP) 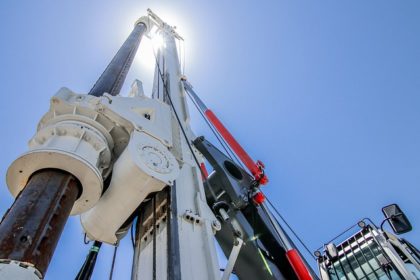 On 9 November 2020, the High Court of South Africa, Gauteng Division, Pretoria (the “Court”) was presented with a matter regarding the rights of “interested and affected parties”, as contemplated in the Mineral and Petroleum Resources Development Act 28 of 2002 (the “Act”), in accessing a mining right application.

The primary dispute in this matter involved the right to mine various minerals, including titanium, on land belonging to the local Umgungundlovu community (the “community”), being the Applicants in the matter. The Applicants held informal rights to the land in question under the Interim Protection of Informal Land Rights Act 31 of 1996.

The matter arose as a result of the Applicants attempt to prevent the Fifth Respondent, an Australian mining company, Transworld Energy and Minerals Resources (“TEM”), from mining in the area. The Applicants were dependant on the land and TEM’s presence threatened their livelihood as the Applicants not only lived on the land but farmed the area.

The Applicants argued that they should be consulted about any proposed projects in the area and should be given authority to approve/refuse mining operations in the area. The Applicants further stated that even a majority vote, by the community, would be insufficient in approving mining projects on the land. However, it would be probable to gain approval for the project, provided that the negatively affected members agreed to be resettled and received sufficient compensation for the loss suffered because of the mining operations.

During 2015, the South African Government granted TEM mining rights over the land with the support of the Local Chief who had supposedly represented the Applicants. As a result of the mining rights being awarded, without the approval of the community members, conflict arose between the community.

TEM provided the Applicants with a copy of the mining right application, but only after it had been issued and served. TEM however opposed the declaratory relief sought and argued that even though they had voluntarily provided a copy of the Application, the Act does not entitle “interested and affected parties” to a mining right application and that access to such information is regulated by the Promotion of Access to Information Act 2 of 2000 (“PAIA”).

Honourable Judge Makhubele agreed with the Applicants’ interpretation of the Act’s sections in finding that interested and affected parties should not have to go through the time-consuming and often unsatisfactory PAIA process in order to obtain a mining right application. Honourable Judge Makhubele further held that the Regional Manager of the Department of Mineral Resources must provide the mining right application documents to interested and affected parties on request. TEM was ordered to pay the costs of the legal proceedings.

The Court held that people who own land rights and are deemed “interested and affected parties” in terms of Mineral and Petroleum Resources Development Act 28 of 2002, are to be consulted and their consent required where an application for mining rights, pertaining to said land, is made.