BALANCING THE BOOKS: MAY A BODY CORPORATE AMEND THE PRESCRIBED MANAGEMENT RULES? 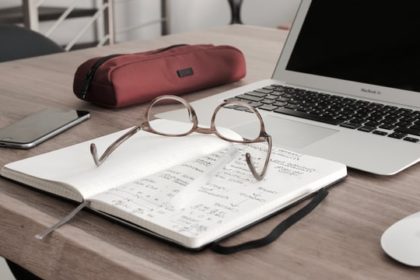 The Sectional Title Schemes Management Act (“STSMA”) requires that a sectional title scheme (“Scheme”) shall, from the date of establishment of the body corporate, be regulated and managed by means of rules1. Section 10(2) states that the rules must consist of prescribed management rules (“PMR”) and prescribed conduct rules (“PCR”). The prescribed rules are included in the regulations to the STSMA as Annexure 12 and Annexure 23 of same.

PMR 21(3)(b) allows the trustees of a sectional title scheme, on the authority of a written resolution, to increase the contributions due by members by a maximum of 10% at the end of a financial year to take account of the anticipated increased liabilities of the body corporate. This increase remains effective until members receive notice of the contributions due to them for the next financial year, provided the trustees must give members notice of such increased contributions by notice in terms of rule 25, with such changes as are required by the context.

Section 10(2)(a) of the STSMA and Regulation 6 of the STSMR prescribe that the PMR may be amended, substituted, added to, or repealed by unanimous resolution of the body corporate, where at least 30% of the sections are owned by persons other than the developer.

Once a unanimous resolution allowing for a change to the PMR has been obtained, the body corporate must, using the prescribed form, submit the proposed change of rules to the Chief Ombud for approval. It must be noted that no amendment to the rules will take effect until such time that the Chief Ombud has approved the amendment to the rules and issued a certificate to that effect. This means that the increase in contributions cannot lawfully be levied on the member until such time as the Chief Ombud has issued a certificate approving the change in rules.

Any attempt by the trustees to vary the prescribed management rules, that does not follow the prescribed procedure as set out in the STSMA and the regulations thereto, can be regarded as unlawful and as having no effect. If an owner can prove that a part or the whole of a contribution levied upon them was unlawful, they are entitled to recover or be refunded any money that they have paid to the body corporate.

It is important to note that PMR 21(3)(a) allows the trustees, by way of a written trustee resolution, to levy members with a special levy, if money is needed to meet a necessary expense that cannot be delayed until it is provided for in the budget for the following financial year.

In summary, the trustees may only increase the contributions due by members by a maximum of 10% at the end of a financial year in anticipation of the expected increase in liabilities of the scheme, unless the scheme’s rules have been amended to allow for a further increase. In the event that the money is needed to meet a necessary expense, that cannot be delayed until it has been budgeted (in the following financial year) and the trustees may, by way of written trustees’ resolution, raise a special levy to cover such costs.

It is therefore vital that the trustees of the body corporate follow the appropriate procedure and seek the correct legal advice prior to increasing contributions payable by members. Trustees must also consider the purpose for which an increase is needed, as this greatly affects the process of levying members contributions.

The body corporate of a Sectional Title Scheme may amend the Prescribed Management Rules (PMR) of the Body Corporate. In particular, PMR 21(3)(b) which allows the trustees of a sectional title scheme, on the authority of a written resolution, to increase the contributions due by members by a maximum of 10% at the end of a financial year to take account of the anticipated increased liabilities of the body corporate.