Bail applications: What you need to know 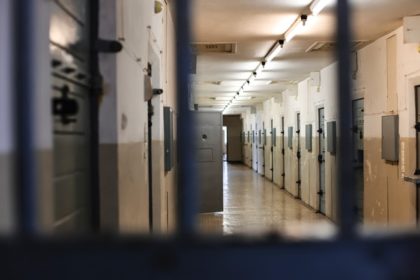 While it is important to know your rights, it is as important to understand your rights. According to the Constitution of the Republic of South Africa of 1996,[1] any person arrested is to be brought before a Court as soon as reasonably possible, but no later than 48 hours following his or her arrest. It is at the first Court appearance that the question of Bail is generally addressed.

Bail aims to strike a balance between the presumption of innocence until proven guilty and the right to freedom of movement, by granting the temporary release of the detainee, pending the finalisation of the Court case brought against him or her. Bail is not a fine, nor is it intended to be punitive. Bail is secured by making payment of an agreed upon and/or Court ordered lump sum, the amount of which is determined by various factors for example, whether the detainee is considered a flight risk. Depending on the severity of the offence in question the release of the detainee on Bail will be subject to specific conditions. This is done in order to secure the detainee’s attendance at upcoming Court appearances, where the State will present the case brought against the person in question. A host of factors are considered when a Bail application is brought before a Court to determine whether bail should be set or not, the most important of which is whether the temporary release of the detainee, on Bail, is in the interests of justice. What is deemed to be in the interest of justice is decided on a case by case basis.

Where a detainee is granted Bail, this is not an indication of innocence or guilt, nor does it speak to the strength of the State’s case against the detainee. Moreover, the granting of Bail does not mean that the detainee has been acquitted of the charges brought against him or her, or that the case brought against him or her has been withdrawn. The detainee is still required to appear in Court when a trial date is set, at a later stage. Thus, generally when a Court decides to grant Bail to a detainee the person in question is considered not to be a flight risk or a threat to society, and that he or she will stand trial.

By paying Bail, the detainee undertakes to appear in Court to face the charge brought against him or her. Following the conclusion of the trial proceedings, the Bail money is paid back to the detainee irrespective of the sentence passed. Should the detainee violate his or her Bail conditions or fail to attend the trial and/or interfere with witnesses called at the trial, any amounts paid towards Bail are forfeited to the State. Where the detainee does not appear at Court or fails to observe the conditions of his or her Bail a warrant for his or her arrest will be issued, provided that no good cause can be shown for the noncompliance herein.

According to the Criminal Procedure Act 51 of 1977 there are three types of Bail:

Ordinarily, Bail is granted by a Court, however, in limited circumstances Bail may be granted by a Police Officer. This is referred to as Police Bail. A detainee or his or her legal representative may apply for Police Bail within 48 (forty-eight) hours of being arrested at a police station. Police Bail must be applied for prior to the detainee’s first Court appearance and the detainee will only be eligible for this type of Bail where the detainee has been arrested for a minor crime such as theft under R2,500.00 and common assault. The benefit of Police Bail is that generally, the amount set as Bail is negotiable with the arresting Police Officer or the Investigating Officer appointed to the matter.

Before requesting Police Bail it is important to establish either with the Investigating Officer or the Station Commander why the detainee has been arrested and if he or she has been processed. In unique instances, the request for Police Bail is opposed by a Police Officer. This is generally the case where the detained has previous convictions against him or her and/or the detainee is not a South African citizen.

In addition to this, a detainee may apply for Prosecutorial Bail. Similar to Police Bail, Prosecutorial Bail should be applied for prior to the detainee’s first Court appearance and can also be applied for at a police station. However, application for Prosecutorial Bail should be made to a Prosecutor who has been given permission by the Director of Public Prosecutions to grant Bail for serious offences. It is often practically more difficult to apply for this kind of bail, especially over a weekend, if the prosecutor is not available at the Police Station in question.

In contrast to the abovementioned types of Bail is Court Bail. Court Bail can be applied for during the detainee’s first Court appearance, or at any stage of the Court proceedings when he or she appears at Court. The Court has the discretion to grant Bail at any time prior to conviction, however, if the offence is serious, the Court will only consider granting Bail to the detainee in exceptional circumstances. That being said, the Court has the discretion to order additional restrictions or conditions to any release on Bail. In addition, Court may add additional Bail restrictions on application by the Prosecutor.

What happens at a bail hearing?

During the Bail hearing, the detainee or his or her legal representative must notify the Court of prior convictions against him or her or any other charges, which includes confirmation as to whether he or she is out on Bail for committing another crime. At the Bail hearing, the Prosecutor will present evidence and reasons to the Court as to why Bail ought not to be granted. Unlike trial proceedings, at a Bail hearing, the Court plays an active role and engages both the accused and detainee, which is done in order to establish whether Bail ought to be granted. While Bail proceedings are generally swift, they may be postponed by the Court, however, such postponement may not last more than 7 (seven) days.

A key aspect to remember as a detainee is that the bail hearing is an opportunity for the detainee to persuade the Court of the following:

If Bail is granted to a detainee by a Court, it must be paid to the clerk of the Court, where the individual making such payment will be given a receipt, which is commonly signed by a Police Official and the detainee or his legal representative. The receipt will set out the details relating to the detainee’s first Court appearance, such as the date, place and time when he or she is expected to make his or her first Court appearance. However, if a detainee cannot afford Bail, he or she won’t be able to be released and will remain in jail until the trail.

The timing of any Bail application is crucial so as to secure the swift temporary release of the detainee. That being said, being released on Bail is not guaranteed and is subject to a host of factors. Failure to observe any Bail conditions as set by a Police Officer or a Prosecutor or a Court will result in Bail being cancelled and the Bail money being forfeited to the State.

The value of this article is that it provides a layperson with a brief breakdown of what Bail is, the different types of Bail how Bail can be secured and the consequences of failing to observe Bail conditions. An understanding of these concepts may assist any person in securing the appropriate type of Bail.