Are you insured for damage caused by the current civil unrest? 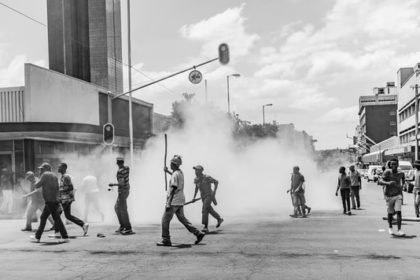 Violent protest action, looting and civil unrest continues to wreak havoc across South Africa, resulting in extensive damage to residential and commercial buildings, vehicles, stock and other tangible assets. Throughout all the chaos, one question is lingering in the minds of those effected: “will my insurance cover this”?

Ordinarily the perils resulting from civil unrest (and all that goes with it) are generally excluded under standard or regular insurance cover or policies, due to the extraordinary nature and unusual circumstances which may bring about the civil unrest, however, the good news is that these perils are covered by the South African Special Risks Insurance Association (“SASRIA”), which cover is offered as an extension on most traditional insurance policies.

During the course of this article we will discuss SASRIA cover, the basics surrounding SASRIA and the relevance thereof in relation to the present civil unrest being experienced throughout South Africa.

WHAT IS SASRIA COVER AND WHAT DOES IT COVER?

SASRIA is a state-owned short-term, non-life, insurer that provides specific, special risk cover to individuals, businesses and government entities that own assets within the borders of South Africa. This unique cover insures against risks such as civil unrest and commotion, public disorder, strikes, riots (politically and non-politically motivated) and terrorism – which events most insurance companies are generally not prepared to assume risk for. The cover provided by SASRIA excludes natural disasters, war, pandemics, theft, personal injuries, liability cover and loss of life (to name a few).

SASRIA cover is incepted by way of an extension to a person or entities existing insurance policy whereby an additional premium is paid for the cover. The SASRIA premium payable is a small percentage of the general premium paid to your principal insurer in terms of your main insurance policy. Accordingly, to be insured against the special risks mentioned above, you may either have an underlying insurance policy contract with a commercial insurer in force that includes SASRIA cover at the time of the event that gives rise to the claim, or a stand-alone SASRIA policy.

The SASRIA cover includes cover for material damage to property, goods in transit, business interruption as well as motor and construction risks, but excludes stand-alone cover for theft, which must be insured through the main insurance policy with your principal insurer. SASRIA cover is immediately in place upon inception of the policy, but will not apply retrospectively to existing damage suffered prior to the inception of the policy, subject to SASRIA’s backdating policy. Backdating of a policy may be allowed under certain circumstances such as the principal insurance company failed to issue you with a policy within 30 days of the date of instruction received from the insured or their intermediary or if the request is made within 6 months and upon confirmation that there were no SASRIA related claims within the requested period.

South Africa’s current civil unrest and commotion falls within the risk assumed by SASRIA as mentioned above, therefore, losses insured against should be covered through the insured’s SASRIA cover – only if the damage had occurred during the active protest action, civil commotion, public disorder, strike, or riot. It must be borne in mind that SASRIA will only provide cover for damage to property and looting in the circumstances underlined above, in other words, only if it occurred during an active SASRIA peril for which SASRIA accepts liability (i.e. during a riot, strike, civil unrest and commotion, public disorder, and terrorism incident). It is therefore essential during this time that individuals and businesses consult their brokers and relevant policy documents, to ensure that they are sufficiently insured with SASRIA for any damage caused to their property and assets during the civil unrest.

HOW TO SUBMIT A SASRIA CLAIM?

If you have suffered a loss due to one of the aforementioned perils and have confirmed that you do have SASRIA cover on your insurance policy, a claim can be submitted by following the guidelines contained in your SASRIA extension insurance policy wording. Subject to your policy wording, generally, all claims must to be reported either in writing or telephonically, as soon as possible – no later than 30 days from the date of the incident or notification of the loss. It is advisable to have a full account of the details of the incident at hand, providing photographs and video footage where possible, to ensure that your claim may be processed as efficiently as possible.

After your claim has been reported to your insurer, your insurer will notify SASRIA of the registration of your claim, and you will be provided with a claim number to be used as your reference number. SASRIA will then appoint an assessor or loss adjustor, depending on what the circumstances require, to further investigate the loss, prior to reaching a decision on whether or not they accept liability. You may, at any stage of the process, be required to submit further documentation to assist with the investigation of your claim. Your claims consultant will facilitate and assist SASRIA with this validation process and once feedback has been received from SASRIA, you will be informed of the outcome of your claim, accompanied by supporting documentation (invoices in respect of payments, and agreement of loss, clearance certificates, authorisation for repairs etc).

Much like ordinary policies, any exclusion pertaining to duty of care and or non-compliance with the law may be considered when the claim is being investigated and validated. However, each claim is treated independently from the next, based on its on its own factual circumstances and merit. Accordingly, SASRIA will only determine the liability of each claim upon a full investigation into each of the merits.

NOT SATISFIED WITH SASRIA’S OUTCOME?

Should you be dissatisfied with the outcome of your claim and/or wish to issue a complaint, you may do so by submitting a compliant to SASRIA. Your compliant will follow their prescribed internal complaint handling process and once a decision has been made, SASRIA will respond to you in writing providing you with their reasons for the decision, information on how to access external dispute resolution or policyholder recourse mechanisms (which includes further escalation to the Ombudsman for Short-term Insurance and the Financial Advisory and Intermediary Services Ombudsman), and will notify you of the timeframe in which an external dispute should be lodged.

In the event that your property has been damaged or looted as a result of the present civil unrest, and you do not have the opt in SASRIA cover, individual policy wording dependant, your claim through your existing insurer may be repudiated. Should you have suffered damage or loss that you suspect may be SASRIA related, a claim should nonetheless be submitted through the correct channels as this will give SASRIA the opportunity to fully investigate the matter, and make an informed decision regarding liability.

Most people are unaware of what SASRIA cover is or why it would be relevant to them, however, in this current climate of uncertainty and volatility, it is essential that this insurance cover be effectively and expressly instituted, so as to insure persons/entities and limit their potential damage as a direct and consequential result of civil unrest, protest, strike or riot action. Insured parties who have SASRIA cover included as an extension on their policies will enjoy the normal SASRIA cover for perils defined in their policy wording.

The above is merely a summary of a complex area of the law. Should you have any concerns or queries relating to your insurance cover, kindly contact us on the details provided below for a preliminary consult with one of our insurance law experts. Schindlers Attorneys remains open to the public and are committed to providing sound, reliable legal advice.