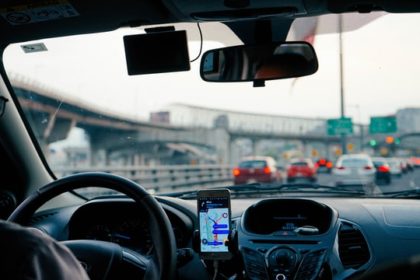 Uber B.V., a company incorporated in the Netherlands, conducts business on six continents, in approximately 70 countries and almost 500 cities through a smartphone application (“Uber App”). For those who haven’t taken a ride with an Uber driver, the service is controlled through an application (“app”) where persons seeking transportation (“the rider”) simply opens the app and requests a ride. The rider will indicate their pick-up point and destination and the app then processes this information and pairs the rider with the driver who is the closest to the riders pick up location. Drivers can choose when they wish to offer their services by logging on and off the app. However, challenges arise concerning the nature of the engagement that drivers have with the Uber App and the extent of labour law protection afforded to the drivers by South Africa labour legislation. The question that arises is, do Uber drivers qualify for labour law protection?

The Uber SA Technology Services case concerns an application to review and set aside a ruling issued by the Commissioner of CCMA where the Commissioner ruled that the respondents (“the drivers”) were employees as defined in s 213 of the Labour Relations Act(“LRA”) and that they were accordingly employed by the applicant (“Uber SA”).

The Ruling of the CCMA

An interlocutory issue arose during the proceedings which related to an application to join Uber B.V. as a party to the proceedings. The relationship that the drivers have with Uber B.V. is a distant and anonymized one. Uber B.V. provides legal contracts, technology and deals with the collection and payment of monies received from the riders. Whereas, Uber B.V.’s local subsidiary, Uber SA, appoints, approves, and controls the drivers. It is with Uber SA that drivers engage on a daily basis and not Uber B.V.

The Commissioner held that Uber B.V. and Uber SA created a reference point described as ‘Uber’. However, despite any confusion that may have existed, the Commissioner accepted that the only alleged employer was Uber SA and, as such, one would have to ascertain the real relationship that may or may not have existed between Uber SA and the drivers.

The respondents in the matter were all previously Uber SA drivers who were “deactivated” for some or other reason and who subsequently referred their alleged unfair dismissal disputes to the CCMA. Uber SA objected to the CCMA’s jurisdiction in dealing with unfair dismissals because the drivers weren’t employees of Uber SA but rather independent contractors.

In defining an “employee”, the Commissioner referred to s 213 of the LRA, which states as follows: –

a. “any person, excluding an independent contractor, who works for another person or for the State and who receives, or is entitled to receive, any remuneration; and

b. any other person who in any manner assists in carrying on or conducting the business of an employer.”

In conjunction, the Commissioner relied on the statutory Code of Good Practice: Who is an Employee which introduces a new comprehensive test that requires one to consider the real relationship between the parties, despite the form of contract.

The Commissioner held that Uber SA drivers are employees under South African law for the following reasons: –

Firstly, the drivers render their personal services to Uber as they have to drive in their own name and may not out-source their driving to someone else.

Secondly, their relationship with Uber is indefinite so long as the driver complies with the specified requirements.

Thirdly, the drivers are subject to the control of Uber in the sense that they have to comply with the clear performance standards. Furthermore, if the driver does not meet the required standards, he/she is effectively dismissed or “deactivated.”

Lastly, the above-mentioned factors indicate that the drivers are in no way independent and as a result are economically dependent on Uber SA. The Commissioner also went on to add that Uber SA drivers are an essential part of the service as riders want rides, not technology and that the app merely provides a more convenient and accessible way to ‘get a lift’.

The Ruling of the Labour Court

In reviewing a jurisdictional ruling, s 158 (1)(g) of the LRA provides, subject to s 145, that the threshold is not reasonableness but rather whether or not the Commissioner’s decision was correct.

Judge van Niekerk (“van Niekerk”), in his evaluation, starts by highlighting that s 213(a) and (b) specifically excludes independent contractors and, in order for a person to qualify as an employee, there must be a contract between the person claiming to be an employee and the person alleged to be the employer. Furthermore, the contract must be one of employment. Due to the fact that the drivers conceded that there was no contractual arrangement between them and Uber SA, van Niekerk concluded that the Commissioner committed a material error of law in not upholding Uber SA’s jurisdictional challenge.

However, van Niekerk went further and said that in the event that he was wrong and there was indeed an employment relationship, without a contract, then the court would have to regard three primary criteria. According to the Labour Appeal Court the criteria is as follows: –

The approach taken by the Commissioner is unclear but bears a close resemblance to the dominant impression test i.e. the Commissioner’s generous interpretation of the Code and s 213 of the LRA. Van Niekerk reiterated that the reality of a relationship cannot be reduced to a single test and that any determination of any existing employment relationship remains a multi-factorial one.

In his judgment, van Niekerk held that the Commissioner made a mistake by not identifying Uber B.V. and Uber SA as distinct legal entities. Instead of embarking on an enquiry into each entity’s respective roles, the Commissioner simply conflated the two. Furthermore, he made mention that his judgment does no more than confirming that the drivers were not employees of Uber SA and that as a result thereof they could not bring the matter to CCMA for the unfair dismissals. However, he did not exclude the possibility that the drivers could be employees of Uber B.V. or merely independent contractors of Uber B.V.

Ultimately, the Commissioner’s decision was reviewed and set aside with an order confirming that the CCMA did not have jurisdiction to hear the dispute.

If Uber drivers did indeed fall within the definition of “employees”, they would be entitled to the protection of the LRA. The Uber SA Technology