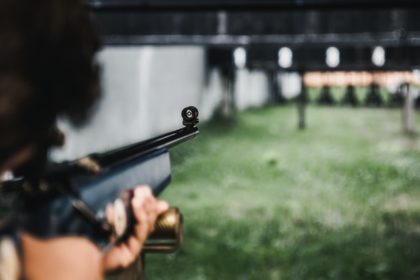 The escalating violence during rioting and looting in July 2021, has been a terrifying experience for many South African residents, particularly residents of Kwa-Zulu Natal and Gauteng. In light of the aftermath of the looting and rioting, many homeowners and business owners are looking for ways to protect themselves from rioters, should things escalate in such a way again. Some communities even formed associations or protective units to block access to their homes/suburbs and in some cases even fired smoke grenades and rubber bullets at rioters. Some of these community volunteers were even killed during the looting, proving that there is a very real threat to the lives of persons and property that these community members are trying to protect. Many South Africans do not have access to firearms and were using whatever other weapons they could find to protect themselves.

This article discusses the laws and regulations pertaining to protecting yourself and your property, in relation to the use of airguns, pellet guns and paintball guns, in particular.

The Firearms Control Act 60 of 2000 (hereafter “the FCA”) defines an airgun as “any device manufactured to discharge a bullet or any other projectile (a) of a calibre less than 5.6mm or (b) at a muzzle energy of less than 8 joules by means of compressed gas and not by means of burning propellant.”

Any firearm that is designed to discharge a bullet or any other projectile of a calibre of 5.6mm or higher, or muzzle energy of more than 8 joules, qualifies as a ‘firearm’ in terms of the FCA.

In terms of Section 4 of the FCA, imitation firearms cannot be licensed or possessed except as provided for in sections 17, 18(5), 19 and 20(1)(b) of the FCA. This includes imitation firearms that look like automatic or semi-automatic weapons, rocket launchers, grenades or bombs. But if it is not a firearm, because it is a toy or an imitation, is it unlawful to possess such a device? This depends on whether the words ‘imitation firearm’, and ‘airgun’, can mean the same thing.

It is not certain as per the contents of the FCA, whether an airgun that looks like a firearm is considered an imitation firearm. It is this writer’s opinion that, due to the FCA providing a separate definition of an “airgun”, referring to any gun with a certain calibre or muzzle power, that an imitation firearm and an airgun, are not necessarily the same thing.

If our view is found to be incorrect, however, and an airgun can be an imitation firearm (i.e. if it looks like a firearm and a person can’t tell from looking at it, that it is fake and not a real firearm) then it means that the FCA potentially outlaws possessing such a weapon. It is important to understand whether an airgun falls under the definition of an imitation firearm, as it could affect one’s claim of defence in the event of using a firearm, and whether or not the firearm or imitation firearm must be/should have been licenced.

If you are charged with this crime, in other words, if you are charged for pointing a firearm or a device that looks like a firearm at a person, you might be able to raise the defence of self/private defence depending on the circumstances (i.e. where you were protecting yourself, your loved ones, your family or your property from an imminent threat or harm). Self-defence is explained more fully below.

Laws Pertaining to the Use of Airguns

Although airguns do not require a firearm licence, Section 120 of the FCA states that, whether using an airgun or a firearm, the same prohibitions apply.

• “Cause bodily injury to any person or cause damage to property of any person by negligently using a firearm, an antique firearm or an airgun.”

• “Have control of a loaded firearm, an antique firearm or an airgun in circumstances where it creates a risk to the safety or property of any person and not to take reasonable precautions to avoid the danger.”

• “Handle a firearm, an antique firearm or an airgun while under the influence of a substance which has an intoxicating or a narcotic effect.”

• “Point any firearm, an antique firearm or an airgun, whether or not it is loaded or capable of being discharged, at any other person, without good reason to do so.”

• “Discharge a firearm, an antique firearm or an airgun in a built up area or any public place, without good reason to do so.”

Included in the “good reasons” to use a firearm in the above manor, is a claim of self-defence.

The Principles of Self-defence:
Private defence/self-defence is defined as;

“A person who is the victim of an unlawful attack upon person, property or other recognized legal interest may resort to force to repel such attack. Any harm or damage inflicted upon an aggressor in the course of such private defence is not unlawful1.”

In accordance with common law relating to criminal law, in order to raise the defence that the use of force to protect yourself was lawful and should be considered self-defence, either;

• The attack must be imminent and cause imminent threat;
• The defence must have stemmed from an unlawful activity (eg. Burglary, theft, looting etc.);
• The defence must be for the purpose of protecting your life, your property, another life or dignity;
• Acting in self-defence must have been necessary;
• The act of self-defence was directed only towards the attacker;
• There was no other option available other than to use force to protect yourself.

It is important to remember that the act of self-defence also needs to be reasonable. This is the most important underlying principle to keep in mind when in a position where you are forced to use self-defence. For example, it would be argued that shooting an unarmed person who stole a loaf of bread, is unreasonable and would constitute excessive force in the protection of your property (namely, the loaf of bread). However, if someone threatens you with a gun and you shoot first, to protect yourself, your family and property, that would be considered reasonable force, it is also important to note that just because someone has a gun, it does not permit you to shoot them. Overall, the extent of the defensive action needs to be proportioned to the attack and the attack must be imminent.

In Ntanjana v Vorster and Minister of Justice2, the court held that the issue for determination was not whether there were alternative means of defence which could have been successfully employed by the accused ‘but whether the method in fact adopted can be justified.’

When asking whether the defensive action is reasonable and proportional to the threat, one must take into account the Constitutional right to life and the interests of both the assailant and the person acting in self-defence need to be weighed up3.

Self-defence cases are heard on a case-by-case basis. One of the most common principles applied is to use the same/similar force that the assailant would use on you. Therefore, if the assailant is unarmed, it might be considered an excessive force for you to shoot the assailant however again, this depends on the facts of each case.

Considering the effect that the looting and rioting had on South Africans, should an angry mob of protesters enter your home or the business you own, for the purpose of theft and looting, you, as the owner of those properties and possessions, have a right to protect yourself, your family and your property, without using excessive force.

In order to successfully raise the defence of self-defence, the force used must be reasonable and justified.