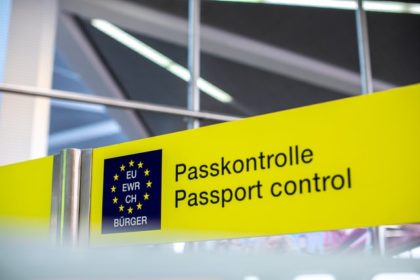 The South African (“SA”) Department of Home Affairs (“the Home Affairs”) is the body responsible for overseeing the determination and safeguarding of the identity and status of citizens and the regulation of immigration. This article specifically deals with the immigration branch of the Department in respect of carrying out its functions in processing appeals of foreign nationals who have overstayed in the SA and accordingly, are unable to re-enter the SA due (after leaving) due to them overstaying.

The Department however allows for an appeal process where persons declared “undesirable” can have that status changed and the ban uplifted. Any person, regardless of citizenship, who has been declared an “undesirable person” in terms of section 50(1) read with section 30(1)(h) of the Immigration Act, no 13 of 2002 as amended (no. 13 of 2011) read with Regulation 27 and Directive 9, must submit written reasons to the Department.

The documents listed must be submitted in support of the appeal application:

The above appeal application must be directed to the Department’s immigration branch and would then be allocated to a specific case officer who would consider the application and further provide any outcomes to the applicant. Only upon receipt of the outcome letter confirming the upliftment as an undesirable person will the foreign national be able to re-enter SA. In addition, any outcome letter from the Department confirming the upliftment may be required to be attached to any future VISA application in order to avoid any queries.

In light of the above, foreign travellers should always be vigilant to ensure that the immigration officers at ports of entries in SA accurately record and capture their correct departure dates in accordance with their VISA, travel itinerary, as well as ensure that any delays are immediately reported to the relevant embassy or consulate.

It is advisable that if you are declared as an “undesirable person”, and you wish to re-enter SA in the future, you immediately lodge an appeal with the Department. If you have any uncertainties with the appeals process, it is advisable that you contact an attorney or immigration consultant who is au fait with the relevant processes, in order to assist with any overstay appeal and upliftment.

Understanding a declaration of undesirability and the overstay appeal process under the amended Immigration Act.