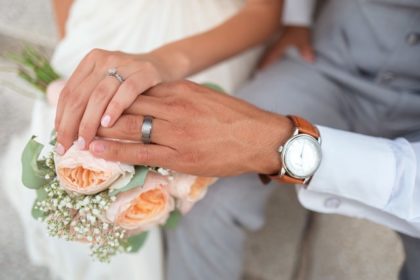 Getting married can be one of the most exciting, busiest, and frustrating times of your life. In addition to planning for the wedding, one must not forget to consider the legal aspects thereof – before the solemnization of the marriage – particularly in relation to the matrimonial regime applicable and the negotiation, execution, and registration of an antenuptial contract (“ANC”) where applicable.

This article will explore the three options available to couples relating to the various matrimonial property regimes in terms of the Matrimonial Property Act 88 of 1984 (“the Act”).

In South Africa, there are three matrimonial property regimes that couples may choose from, namely:

(i) In community of property;

(ii) Out of community of property, without the accrual system;

(iii) Out of community of property, with the accrual system.

(i) IN COMMUNITY OF PROPERTY

If you do not enter into an ANC prior to your marriage, your marital regime is automatically recorded as being “in” community of property (“ICOP”). This means that, legally, the spouses will be regarded as having one estate – with joint assets and joint liabilities. What this means is that if you elect to get married in ICOP, you share the risk, with your spouse, of insolvency but you also benefit equally from any windfalls in fortune from one another.

If either you or your spouse currently bears or are likely to bear in the future, any financial risk in relation to a business enterprise, it is generally recommended that you get married out of the community of property.

(ii) OUT OF COMMUNITY OF PROPERTY WITHOUT THE ACCRUAL SYSTEM

Under this regime, the law regards both spouses as completely separate individuals – each with their own estate of assets and liabilities. Spouses do not share in each other’s profits and losses. If one spouse is declared insolvent, the other will not as a consequence be declared insolvent.

In our experience, couples who have already accrued estates of significant value and are well established in their careers elect to be married out of COP without the application of the accrual system. Similarly, if both spouses have equal or relatively equal income earning capacity, then getting married without accrual may be considered a fair way to regulate the relationship between the spouses.

(iii) OUT OF COMMUNITY OF PROPERTY WITH THE ACCRUAL SYSTEM

Where one spouse contributes more time than money to the marriage, or it is contemplated that during the marriage this will be the case, then it may be worthwhile to consider getting married out of community of property with accrual.

This is a ‘popular’ option as selected by couples because it is widely regarded as being the most economically and commercially fair option for historical reasons (wherein one of the spouses remained at home to care for the children full-time).

Schindlers Attorneys and Notaries are well versed in consulting, negotiating, drafting, executing, and attending to the registration of your ANC. As such, we are pleased to assist you and your partner in preparing an ANC on your behalf. Kindly contact the authors of this article on 011 448 9600 for more information.