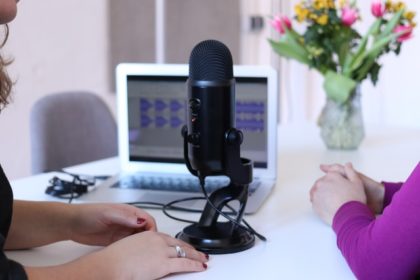 During 2019, the AmaBhungane Centre for Investigative Journalism NPC, an independent, non-profit newsroom based in South Africa (“the centre”), and Mr Sam Sole, an executive director of the Centre and journalist, who had been the subject of state surveillance (“the Applicants”), approached the High Court in Pretoria (“the Court a quo”) on the basis of a number of constitutional challenges to the Regulation of Interception of Communications and Provision of Communication Related Information Act 70 of 2002, otherwise known as RICA.

On 4 February 2021, the Constitutional Court (“the CC”) handed down judgment in an application to confirm the declaration by the Court a quo that RICA is unconstitutional, to the extent that it fails to provide adequate safeguards to protect the rights as envisaged in the Bill of Rights, such as the right to privacy, as buttressed by the rights of access to courts, freedom of expression and the media, and legal privilege.

The CC had to consider whether RICA unreasonably and unjustifiably fails to protect the right to privacy and is, therefore, unconstitutional to the extent of this failure and whether there is a legal basis for the state to conduct bulk surveillance.

Section 2 of RICA provides that all forms of interception and monitoring of communications are prohibited unless they take place under one of the recognised exceptions.  RICA regulates the interception of both direct and indirect communications, which are defined broadly to include oral conversations, email and mobile phone communications that are transmitted through a postal service or telecommunication system.

Sections 42(1) and 51 of RICA respectively prohibit and criminalise the disclosure of the fact that an interception direction was issued i.e. pre-interception and post-surveillance notification are essentially prohibited. An individual whose privacy has been violated in the most intrusive, egregious and unconstitutional manner thus never becomes aware of this and is thus denied an opportunity to seek legal redress for the violation of her or his right to privacy. The CC held that post-surveillance notification will go a long way towards eradicating the sense of impunity which exists by virtue of RICA.  Post-surveillance notification should therefore be the default position, which should be departed from only where, on the facts of that case, the state organ persuades the designated Judge that such departure is justified. It was held that RICA is unconstitutional to the extent that it fails to provide for it.

As already stated, RICA’s framework for surveillance has as its centrepiece a “designated Judge” who authorises surveillance both in real-time and of archived communications. Safeguards on the appointment, term and function of a designated Judge are accordingly pivotal in assessing whether RICA meets the section 36 threshold of the Constitution of the Republic of South Africa, 1996 (“the Constitution”). The Applicants argued that RICA fails to prescribe or limit the designated Judge’s term of office, making it possible for the Minister to make indefinite reappointments, each term is for a duration determined at the whim of the Minister and appointments of designated Judges are exclusively made by a member of the Executive in a non-transparent manner, calling into question the process of ensuring the independence of a designated Judge. It was held that the lack of specificity on the manner of appointment and extensions of terms raises independence concerns.  It was held that RICA is thus unconstitutional to the extent that it fails to ensure adequate safeguards for an independent judicial authorisation of interception.

Section 16(7)(a) of RICA provides that “an application must be considered and an interception direction issued without any notice to the person or customer to whom the application applies and without hearing such person or customer”. The rationale for this ex parte process is obvious: the surveillance would be futile if the subject were to be aware of it. In the Court a quo, the Applicants suggested that there should be some form of an adversarial process to ensure that the interests of the subject of surveillance are properly protected and ventilated before an interception direction is granted. According to the Applicants, the task of safeguarding the interests of the subject should be performed by a “public advocate”. Honourable Judge Madlanga noted that he preferred not to comment on the participation of a public advocate as one such safeguard. The choice of safeguards to address the inadequacies resulting from the ex parte nature of the process is something best left to Parliament.

The Applicants contended that RICA lacks procedures for examining, copying, sharing, sorting through, using, storing or destroying surveillance data.  The Minister of State Security argued that certain sections of RICA provide the necessary procedures. The CC held that these sections give no clarity or detail on: what must be stored; how and where it must be stored; the security of such storage; precautions around access to the stored data (who may have access and who may not); the purposes for accessing the data; and how and at what point the data may or must be destroyed. It was held that RICA is, therefore, unconstitutional to the extent that it fails adequately to prescribe procedures to ensure that data obtained pursuant to the interception of communications is managed lawfully.

The Applicants sought an order declaring RICA unconstitutional to the extent that it does not expressly address the circumstances where a subject of surveillance is either a practising lawyer or journalist. It was held that the confidentiality of lawyer-client communications and journalists’ sources are particularly significant in our Constitutional dispensation. There is thus a need that special consideration is given to this fact when interception directions are sought and granted. RICA is thus unconstitutional to the extent that, when the intended subject of surveillance is a practising lawyer or a journalist, it fails to provide for additional safeguards calculated to minimise the risk of infringement of the confidentiality of practising lawyer and client communications and journalists’ sources.

The Minister of Safety and Security lodged an appeal against the Court a quo’s finding that bulk surveillance is unlawful. The Minister relied on section 2 of the National Strategic Intelligence Act 39 of 1994 which empowers certain state agencies, including the State Security Agency, to “gather, correlate, evaluate and analyse” certain types of intelligence. It was held that the broad terms of section 2 do not serve as authorisation for the practice of bulk surveillance.  The practice is thus unlawful and invalid, as there is no law that authorises it.

The declaration of unconstitutionality of RICA reflects the Constitutional Court’s sentiments that the right to privacy is worthy of rigorous protection in an open and democratic society.