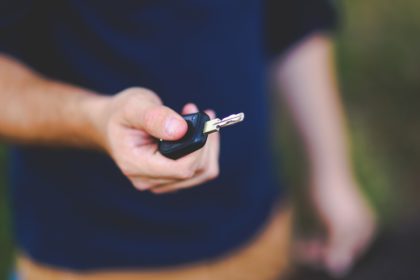 This was an application wherein the plaintiff (“the Applicant”) sought summary judgment against the defendant (“the Respondent”) founded upon a breach of a written instalment sale agreement (“the agreement”) concluded between the parties in respect of a motor vehicle. In the action, the Applicant sought an order of specific performance, namely the return of the motor vehicle together with payment of the arrears instalment amount, without an alternative claim for damages. The action was brought before the Gauteng Division, Pretoria.

In casu, by claiming specific performance without an alternative claim for damages, the Applicant could only bring this application in the High Court. Accordingly, the High Court was correctly approached to adjudicate on this matter by virtue of the lack of jurisdiction of the Magistrate’s Court. As such, leave from this Court was not required. The Court further held that the agreement contained a clause that consented to the jurisdiction of the High Court. As the institution of the action was not an abuse of process, the Court held that the first special plea must fail.

In assessing the second special plea, the Court held that where a High Court has the necessary jurisdiction to adjudicate upon a matter, it must, unless doing so would amount to an abuse of the Court’s process, or where it is statutorily prohibited to do so.

In this instance, the respondent resides within the Court’s jurisdiction and there is no statutory provision precluding this Court from pronouncing upon this matter. In addition, no basis exists, either factually or legally, why it would amount to an abuse of the Court process should this division of the High Court hear this application. In so far as the issue of convenience is relevant, it is widely accepted by our Courts, that the doctrine of forum non conveniens is not recognised, and on this basis, a Court is not entitled to decline to adjudicate upon a matter which falls within its jurisdiction and in the exercise of its jurisdiction. The Court stated that even if its reasoning is incorrect, to transfer this matter to the Gauteng Local Division, Johannesburg would duplicate matters and increase the final costs.

Regarding the opposition of the summary judgment, the Court held that the Respondent had not provided sufficient details to enable a determination as to whether a bona fide defence existed. The Court, therefore, granted the application for summary judgment.

This case reinforces the legal principle that when claiming specific performance without an alternative for damages, the High Court is the appropriate forum.