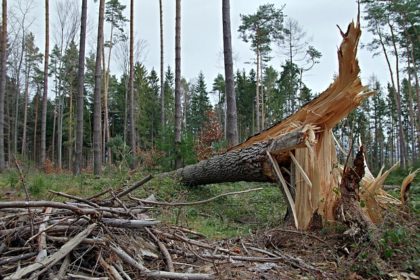 This article discusses Strategic Lawsuits Against Public Participation (“SLAPP suits”), and to what extent SLAPP suits are contrary to fundamental constitutional values and potential abuse of court process, as contemplated in the recent ground-breaking judgment made by Judge Goliath in Mineral Sands Resources (Pty) Ltd v Reddell (“Mineral Sands“).[1]

What is a SLAPP Suit?

SLAPP suits are meritless lawsuits, generally for defamation, which are instituted against groups or individuals, with the intention of discouraging, censoring, and intimidating such people from pursuing the matter or vindicating their rights. SLAPP suits are frequently targeted at those who have spoken out against public interest issues such as environmental degradation.[2]

The main objective of these lawsuits is not necessarily to win, but, rather, to emotionally and financially frustrate the defendants, so that they are no longer able to voice their concerns.

In order to understand the potential threat of SLAPP suits in South Africa, it is important to first note the constitutional values at play, which include:

The Right to Freedom of Expression

The United Nations, in Article 19 of the Universal Declaration of Human Rights (the “UDHR”), realises the freedom of expression, opinion, and information, as fundamental rights and the part of the bedrock of democracy.

South Africa, in parallel, has enshrined the right to freedom of expression through section 16 of the Constitution of the Republic of South Africa (“the Constitution”). This, however, is not an absolute right and is limited in that such protection does not extend to expressive acts of:

The Constitution thus protects the right to freedom of expression, where the intention of such expression aids the advancement and realisation of constitutional rights, rather than in instances that would violate the spirit and purport of the Bill of Rights.[3]

The Promotion of Access to Information Act (“PAIA”)[4] was promulgated to give effect to section 32 of the Constitution. One of PAIA’s objectives being to “[promote] a society in which the people of South Africa have effective access to information to enable them to more fully exercise and protect all of their rights.”

Section 24(b)(iii) of the Constitution entrenches every citizen’s right to:

have the environment protected, for the benefit of present and future generations, through reasonable legislative and other measures that secure ecologically sustainable development and use of natural resources while promoting justifiable economic and social development.

This provision led to the enactment of the National Environmental Management Act[5] (“NEMA”), which provides its legislative framework. Therefore, it is well within the rights of environmental activists to share information of actions which have a direct, and often adverse, impact on the constitutionally protected rights of all citizens.

In order to protect these rights, the Constitution promotes the realisation of participatory democracy,[6] by calling for active participation by all citizens in matters of public interest.

This active participation extends to environmental activism, in so far as it is aimed at addressing acts that are contrary to constitutionally protected environmental rights.

By their very definition, SLAPP suits can be seen to have a detrimental effect on public participation and the exercising of constitutional rights, as they deter and prevent parties from speaking out on environmental matters and other matters of public interest.

Widely considered as one of the anchors of international environmental law is the “polluter pays” principle. This principle is aimed at counteracting global pollution and environmental degradation.

NEMA adopts this principle,[7] providing that “the costs of remedying pollution, environmental degradation and consequent health effects must be paid for by those responsible for harming the environment.”

Despite the inclusion of this principle, more often than not, it is those who fight against threats to the environment who are forced to bear the cost, rather than those causing such environmental degradation and pollution. However, this does appear to be changing, as evidenced in the Mineral Sands case.

A group of environmental lawyers and activists (“the Defendants”) were sued for defamation by Mineral Commodities Limited (“MCL”), an Australian mining company that had been conducting extractive mining activities along both the West and Wild Coasts of South Africa. The Defendants publicly criticised MCL’s mining activities and operations, as well as the impact that they posed on both the environment and economy of the affected areas. These criticisms were made across the media as well as on academic platforms, and reached audiences worldwide. The damages sought by MCL amounted to a staggering R14,250,000.00 (Fourteen Million, Two Hundred Fifty Thousand Rand), or alternatively, the publication of apologies for the remarks made against MCL by the Defendants.

In a novel move in South African law, the Defendants raised the SLAPP defence against the defamation suit, alleging that the action instituted against them:

In summary, the Defendants alleged that MCL’s actions were brought for the ulterior motive of silencing concerned members of the public by means of intimidation through the SLAPP suit.

The Court held that public participation is one of the key components of environmental activism and that such actions, instituted to restrict public participation, have a detrimental effect on the actualisation of constitutionally enshrined rights. Further, it was held that SLAPP suits constituted an abuse of power and were inconsistent with a number of constitutional values, including the right to freedom of expression.

The Court ultimately held that the case was tantamount to that of a SLAPP suit, and dismissed the case against the Defendants with MCL bearing the costs of the case.

The recognition of the SLAPP defence by the South African judiciary is an incredible accomplishment, as it addresses the risk of SLAPP suits against constitutionally enshrined rights. This recognises and displays progress towards addressing the power disparity between both high-profile individuals and large corporations and those who are fighting for the public interest. This decision evidences, in our constitutional democracy, the importance of public participation and protection against meritless lawsuits. Accordingly, we can hope to see further strengthening of environmental rights and opportunities for advocates and activists to be heard.