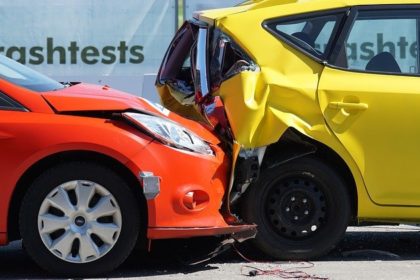 Rules 11.6.6. and 11.6.7 of the Policyholder Protection Rules, which came into effect on 1 January 2019, require the insurer to give the policyholder written notice that it did not receive the premium.

Rule 15A.1 of the Policy Protection Rules provide that policies must contain a provision for a period of grace within which to make payment of a premium after the due date. This period of grace must not be less than 15 days and only applies from the second month of the policy.

On 16 August 2018 and 28 August 2018, representatives of the insurer wrote a letter to the insured’s insurance broker, advising that the policy would be cancelled as requested, but that a notice period of 30 calendar days applied to cancellations. The effect was that one more premium had to be paid on 3 September 2018, and cover would continue to the last day of September.

However, on 23 August 2018 and unbeknown to the insurer, the insured instructed her bank to stop the payment of the debit order in respect of the last premium, being the premium for cover to the end of September. As a result, on 3 September 2018, when the insurer submitted the monthly debit order to the bank for payment, the debit order wasn’t paid and was flagged with a comment of “payment stopped by account holder”.

While on holiday, the insured was overcome by carbon monoxide fumes from a faulty geyser in the showers, collapsed and died on 22 September 2018. A few days after the death of the insured, Michael William Hogan and Joan Hazel Hogan (“the Respondents”) acted on the advice of the insured’s erstwhile broker and proceeded to pay the September premium to the insurer (“the Appellant”) and thereafter notified the Appellant of this payment. In response to the aforesaid, on 28 September 2018, the Appellant sent a letter titled “Reinstatement requirements”, wherein it requested a fully completed and signed declaration of ‘health by all lives assured’ form.

The Respondents contended that the Appellant elected to hold the insured to the terms of the policy and the 30-day cancellation period, when she sought to cancel the policy with immediate effect in August. Therefore, the policy remained in force and both parties had to honour their respective obligations under the contract.

The Appellant admitted to the terms of the policy and those applicable to the grace period for payment of premiums, but contended that those provisions only applied when the insured had defaulted in their obligations by failing to pay the premium on time.
Furthermore, it asserted that those provisions did not serve to extend the policy against the wishes of the insured after the policy had been cancelled, and also did not preclude the Appellant from cancelling a policy forthwith in the event of repudiation.

The SCA held that the contract between the parties was no longer in force, because the insured had made it clear on 6 August 2018 and 15 August 2018 that she wanted the policy cancelled. Furthermore, the SCA held that the insured’s instruction to her bank to stop payment of the premium payable on 3 September 2018 was an unequivocal indication that she had no intention of continuing with the contract and wanted it cancelled immediately. Therefore, a reasonable person in the position of the insured would have interpreted the insured’s conduct as evincing an intention no longer to be bound by the terms of the contract.

The Court held that the test for repudiation is not subjective but objective: what would someone in the position of an innocent party think she intended to do? Therefore, repudiation is not a matter of intention but of perception.

As a result of the aforesaid, the SCA, set aside the High Court’s order, which provided that the Appellant pay a claim of around R4 million on the death of the insured. Therefore, the appeal succeeded.

Policyholders need to be aware that certain policies consider the cancellation or reversal of a debit order by a policyholder to be an indication that the policyholder no longer wishes to be bound by the policy. Therefore, in the event of a policyholder cancelling or reversing a debit order, the policy lapses with effect from the last day of the month for which premium was received by the insurer.

Should you not be able to pay your policy premium on time, find out from your insurance company what the grace period for your contract is and whether your insurer offers any type of premium relief.

The cancellation or reversal of a debit order by a policyholder may be considered as a repudiation of a policy.