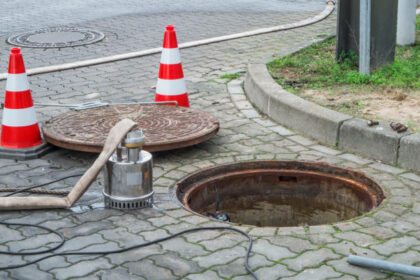 In her capacity as the mother and natural guardian of the minor child (herein after referred to as “B”), the Plaintiff instituted action against the Defendant (City of Johannesburg Metropolitan Municipality). According to the Plaintiff, B was allegedly injured when he fell into an exposed manhole on a pavement on Setlhobo Street, Molapo, Soweto.

Setlhobo Street is a residential neighbourhood in Molapo, Soweto. On Setlhobo Street’s pavement, there was a four-cornered municipal manhole. A raised concrete barrier encircled the manhole, which was not covered. B was 7 years and 4 months old at the time of the occurrence of the incident. B was playing soccer in the street with his friends on November 21, 2016, on his way home, which was four streets away. Someone kicked the soccer ball into the manhole, and B chased it down, tripping and falling into the manhole, bruising his right hand on a brick.

EVIDENCE EVALUATION BY THE COURT

By virtue of the fact that the Plaintiff was not a witness to the incident, the Court stated that would have to testify. B testified that:

a) He was twelve years of age and in Grade 7.
b) He played soccer with his friends on 16 November 2016.
c) He and his friends were on their way home at 16h00. They were passing the soccer ball back and forth on the way. He noticed the ball was heading for the manhole. He hurried to prevent the ball from falling into the manhole, but tripped and plunged into it, injuring his hand.
d) He was aware of the hole but had never played near it before.

a) He played soccer multiple times a week and had walked past the manhole many times.
b) He knew that the barrier was placed around the manhole to prevent people from serious injury.
c) It was still light when B and his friends returned home from the soccer match.
d) As B went to grab the ball, he tripped and injured his hand on the concrete barrier.
e) B hit his hand on a brick in the manhole leading to his injury.

The Defendant did not call any evidence but argued that there was no negligence on its part and that B was the negligent party.

“Of the three elements that combine to constitute a delict founded on negligence – a legal duty in the circumstances to conform with the standard of the reasonable person, conduct that falls short of that standard, and loss consequent upon that conduct – the last often receives the least attention which stated that the element of causation must be used to determine whether a party was negligent in a matter. The rebuttable presumption relating to this case was that even though a minor child did not have legal capacity, this did not render a municipality liable for negligence. Yet it is as essential as the others for without it there is no delictual liability.”

The Defendant argued that, under cross examination, B conceded that the cause of his fall was that he stumbled over his feet, and this caused him to fall, arguing that B’s injury was of his own making.

The fact that a minor may be doli incapax and thus not accountable, does not automatically render the Defendant liable. The Defendant contended that it did not need to rebut the presumption that B was doli incapax, as the Plaintiff had not discharged the nous of proving that the Defendant was negligent and that such negligence was the cause of B’s injury. Further, that the Plaintiff had failed to discharge the onus that it had a legal duty to repair or to further warn pedestrians of the existence of the manhole.

In AN v MEC for Health, Eastern Cape2, the following was stated relating to delictual liability:

The case deals with the duty of a municipality to maintain pavements and whether not maintaining the latter may amount to negligence.