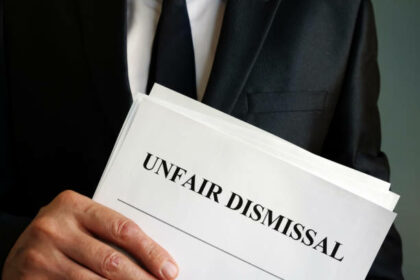 The Gauteng Department of Education (“the Respondent”) was Mr. Nhleko’s (“the Applicant”) employer. He referred a dispute to the Education Labour Relations Council (the “ELRC”) when his employment was terminated, stating that he was unfairly dismissed on December 6, 2013, for reasons unknown to the Applicant. The Applicant requested that the delay be condoned because the dispute was brought more than a year after his alleged unfair dismissal. In a judgement handed down on April 7, 2015, his request for condonation was subsequently denied. On June 27, 2018, the Applicant filed a statement of claim with the Labour Court, requesting that the condonation order be overturned and that he be compensated for his alleged unfair dismissal.

The Labour Court had to determine whether the Court had jurisdiction to preside over the matter. The Court was satisfied that it was in the interests of justice that condonation be granted. Fairness and justice require that jurisdiction be determined as soon as possible to protect both parties from incurring unnecessary costs. Condonation of the late filing of the notice of exception was granted.

The Respondent raised many exceptions to the Applicant’s claim. The first exception was that the Applicant failed to make the necessary averments for the relief of the annulment of the condonation order. The applicant was further informed that he had 6 weeks from the date of receipt of the order to approach the Labour Court if he wished to exercise his right to have the order set aside.

The second exception raised was based on jurisdiction on the grounds that the Applicant failed to make averments which placed his dismissal dispute within the jurisdiction of the Labour Court. The dispute the Applicant referred in his statement of claim falls under the Commission for Conciliation Mediation and Arbitration (CCMA) or a bargaining council. This was upheld by the Labour Court.

The Applicant had failed to plead sufficient facts to sustain the relief of compensation for being dismissed by the Respondent in a manner that is automatically unfair. In his statement of claim, the Applicant made no allegation that his dismissal was automatically unfair as envisaged in section 187 of the Labour Relations Act. This exception was also upheld.

This case raises the importance of raising the right averments to prove unfair dismissal in the jurisdiction of the Labour Court.