Compulsory mediation: Towards the future of Dispute Resolution 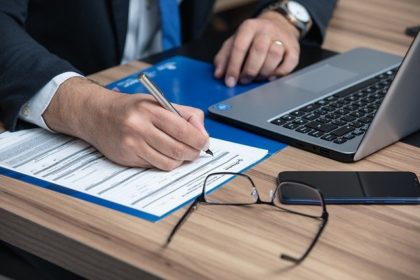 Uniform Court Rule 41A was brought into effect on the 9th of March 2020 and applies to all High Court matters in the country. This rule establishes mediation as a step prior to pursuing litigation. According to said rule, before initiating an Action, Application, or an Urgent Application in the High Court, a party must notify their opposition, giving them a chance to agree to the referral of the matter to mediation, or refuse mediation, with good cause1. This article seeks to demonstrate how mandatory mediation is a step in the right direction for the South African legal framework.

Mediation is a method of alternative dispute resolution wherein a formally trained, unbiased and impartial third party assists two or more persons in the resolution of a dispute. The mediator acts as a facilitator, working through complex issues, seeking grounds of compromise, engaging the parties, in whichever language they prefer and providing guidance towards a common ground2. Mediators are not advocates, they do not take sides, or promote one party’s objective over the other, as they are mandated to be neutral. Unlike the court process, a myriad of outcomes is possible through mediation, subject to the parties’ interests. Moreover, scheduling a mediation session is often quick and matters are usually resolved promptly. In the course of the process, the mediator undertakes the role of a guide, translating perspectives and propositions into clear and comprehensive terms. On occasion these propositions are separated into parts, some being obtainable in their entirety, or partially, and some not. By allowing each side to show the other their respective perspectives on the issues at hand, the mediator can advance towards narrowing down of positions. Imagine a Halloween costume witches hat, with the narrowest section, towards the tip of the hat representing the narrowing of the issue, and prospects of the parties reaching an agreement, with the wide section of the hat representing the start of the negotiations3.

Litigation is the central means of dispute resolution in South Africa. This means that litigation is the method of dispute resolution that is established by the court system as conventional. Notwithstanding the aforesaid, the process of litigation is marked with several flaws, including how adversarial the process is, which often results in more conflict between the parties at dispute, and therefore relationships are permanently destroyed. Additional shortcomings include inter alia the expensive, time-consuming and highly complicated nature of litigation4. The rapid increase of capacity of litigation has deemed court rolls overloaded and oppressed, which frequently results in litigants waiting for extended periods of time before their matter can be heard in court, which, in turn, infringes on the right to access to justice5. Consequently, the method of alternative dispute resolution is a feasible alternative to litigation.

Mandatory mediation is becoming more common in modern legal systems. However, as in the provisions of Rule 41A, only participation in the process is mandatory, and not actually reaching an agreement. The process has been described by learned academic Quek Anderson as a ‘coercion into and not within’6. Rule 41A merely requires the parties to give it a chance or explain why they are not giving it a chance. If a party is found to have unreasonably refused mediation, they might be penalised with legal costs. During the consideration of whether to carry out compulsory mediation in a jurisdiction, internal factors are extremely important, such as the costs of litigation, how long it takes for cases to get to trial, the current legal awareness and political environment, and the stance of the judiciary, the legal profession, and the general population.

In South Africa, despite the long delays in the courts that existed before the pandemic, and which have only worsened thereafter, only 2% of South Africans considered mediation as a form of dispute resolution in 2018/2019 according to Statistics SA7. The slow-paced growth of voluntary mediation as a means of alternative dispute resolution requires that we reassess our approach to mediation in the country thus far. An alternative approach, which deprives us of the preliminary discretion in choosing whether or not to mediate, maybe the solution that we need. Not only can mediation substantially reduce the costs one would pay for litigation, and it can assist in the avoidance of the aggravation of tension caused by legal combat. Through reconciling the parties, reducing the matters of dispute between them, and leading them towards a mutual compromise, mediators can manoeuvre around the more pressing issues in a way that the adverse forensic process may not be able to. Money that could otherwise be used on unpleasant and contentious litigation, can be used in the facilitation of a conclusion that ends an impasse, advances regards for human dignity, and highlights the fact that we all live in an integrated and open society8.

Existing instances in which mediation is compulsory in South Africa

Some branches of law provide for mediation to be used as a means of dispute resolution. As it currently stands, the mandatory procedure of mediation in family law is implemented through legislation within family law. An example of such legislation is the Mediation in Certain Divorce Matters Act9, which makes mandatory mediation a necessity. The rationale for the incorporation of mediation into statute is based on the major issue that in the past, practitioners in family law often regarded divorce exclusively as a legal event. Included in the primary intents of the Labour Relations Act10 as described in the preamble, is the provision of uncomplicated procedures to resolve labour disputes through arbitration, mediation and statutory conciliation through the CCMA, or accredited independent alternative dispute resolution services. The main aim of the Labour Relations Act is to promote healthy and wholesome industrial relations. Notwithstanding the aforementioned labour law and family law areas, other areas of law also provide for the utilization and the merits of mediation11. In reality, the majority of disputes are settled through informal dispute resolution processes, like mediation and negotiation. The enforcement of involuntary mediation may be what parties need in order to resolve disputes which can be settled without bringing the matter to litigation.

Compulsory mediation in other jurisdictions

According to Australian research, the rates of settlement and the levels of satisfaction are the same alike whether mediation was mandatory or voluntary13. The rates of the settlement have remained stable above 85% for numerous years. In the case of Waterhouse v Perkins14, the court held that litigation leads to a determination of rights, and mediation is not concluded excluding rights. Mediation may be aimed towards the consideration of needs and interests separately, or within the framework rights as revealed in the judicial environment. This is a good example of the benefit that Australia has experienced due to the courts acknowledging the various framework applicable in litigation and mediation15.

The advantages of mandatory mediation

The distinct advantage of Rule 41 A is that it may result in matters being resolved between parties who were otherwise nosediving, headfirst into the trial. Mediation may not have even been regarded as an option for resolution in their continuous battle, or they may have thought about mediation, but simply dismissed the thought as a waste of effort, money, and time, being unaware of the potential of the process. Compelling parties to consider mediation and to undergo the process of using an impartial third party to examine their actual needs and interests can a real breakthrough. Exploring new avenues towards the meeting of those interests and needs in a way that can benefit all parties, may remove animosity and misapprehension between the parties, should the matter be resolved or not, and this may have the effect of reducing the issues in dispute. Furthermore, in instances where parties continue to have relationships, either in business or otherwise, going through the process of mediation can remove some of the existing conflicts16. Moreover, should the mediation process reach a successful conclusion, litigation costs are either averted or substantially reduced. The accumulation of cases in the courts can continue to be reduced, while no one is denied their right to access justice. Extensive research has shown that the most effective way to substantially increase the number of matters that are brought to mediation is to compel litigants to make an earnest and fair effort at mediation at the earliest stage.

An additional advantage of compulsory mediation is that it can assist in debunking the myths affiliated with mediation. The ‘first to blink’ syndrome stems from the false belief that a referral to mediation, or an offer by one of the parties to mediate indicates uncertainty in the case and that the process of mediation warrants that one of the parties should give in or jeopardize their interests and positions. When a mediation attempt is mandated by law, the burden on the attorney or the parties to suggest mediation is alleviated. Standardizing the referral or enquiry assists in curbing any misconstrued view of “weakness”. Another myth associated with mediation is that the process only offers second-hand justice17, this myth is discredited by the integrity and legitimacy accorded to mediation due to Rule 41 A. Therefore, compulsory mediation can assist in shifting parties towards the fold of mediation through helping them move past the lethargy that is associated with voluntary mediation. Frequently, there are instances where a party is eager to pursue litigation because they feel that compelling the opposition to go through the lengthy and excruciating process of litigation would be a kind of punishment. This revengeful thinking places even the most well-intentioned attorneys in a dilemma, as they may hesitate to recommend mediation to their client18.

Rule 41 A shifts the burden of referring a matter to mediation to the law and eases the quandary faced by the attorney. Compulsory mediation is advantageous for both the parties and South Africa’s legal system. Through the creation of huge demand institutions and persons providing mediation services, compulsory mediation advances opportunities to mainstream mediation and produces capacity at a large scale. The call for mediators stimulated by compulsory mediation, if met through appropriate capacity building, will result in the establishment of a collection of proficient and skilful mediators. Training attorneys in mediation will assist in overcoming the scarcity of mediators, and it will enhance ‘legal health’ in South Africa. On a final note, the rise of mediation as a definite profession will create further opportunities for employment for professionals in numerous fields, and it will establish a culture of cordial dispute settlement19.

Rule 41A requires that we reorder the way we see our legal system, in that the courts should not be regarded as a place of first resort, but rather as the last alternative. Through mandatory mediation, lines of communication are reconstructed or rehabilitated, so that parties can have complete control of the outcome of their matter, and not strangers in a courtroom. Essentially, mandatory mediation represents a change in the direction of dispute resolution, embracing it compels us to recognise the societal costs of standard forms of dispute resolution, and the necessity to introduce an alternative to the mainstream.

Overall the Mediation process has profound benefit, including saving time, money, easing emotional strain, and building and/or repairing bridges. It is in our best legal interest to welcome the increased incentive to use mediation by the courts, rules, and wider education, it can inform those who had previously not been aware of such facilities, and stimulate cordial and neighbourly dispute resolution in a confidential manner. Mandating parties to pursue mediation often causes the parties to agree to mediation when they otherwise would not have even considered it.

Understanding the value of mandatory mediation in a legal system where litigation is the default approach to dispute resolution.