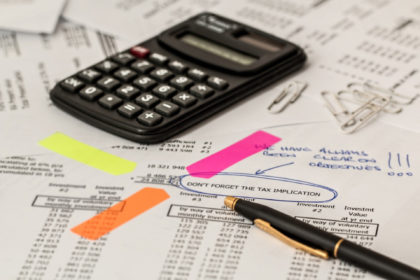 Section 179(5) of the Act entitles the South African Revenue Service (“SARS”) to instruct a third party, in this case the Second Respondent, to pay an amount owing by that third party to a taxpayer, to SARS instead, in satisfaction of the taxpayer’s debt to SARS. There are certain procedural steps that have to be followed prior to the issuing of said notice to a third party, such as, delivery to the taxpayer of a final demand for payment and which demand must be delivered at least 10 business days prior to the issue of the notice. Failing do adhere to such procedural steps, the lawfulness of the third-party notice and the collection of said tax amounts could be challenged.

WPD Fleetmas CC (“WPD”), the Applicant, is a service provider to the Second Respondent in which they supplied underground winch signalling device systems, for which they received compensation on a monthly basis. On or about 22 June 2020, SARS provided a third-party notice to the Second Respondent in terms of section 179 of the Act. As a result, the Second Respondent paid over the sum of R6,284,915.88 (Six Million Two Hundred Eighty-Four Thousand Nine Hundred Fifteen Rand and Eighty-Eight Cents), on or about 8 July 2020 to SARS. A contention put forth by WPD was that it only received a “final letter of demand” addressed to it, from SARS, on or about 7 July 2020. SARS contends, on the other hand that it submitted a “final letter of demand” to WPD on or about 20 May 2020. According to SARS, this was delivered to WPD by way of an electronic filing transaction via WPD’s e-filing profile.

Furthermore, WPD requested the High Court to grant an interim interdict against SARS, to interdict and restrain SARS from initiating recovery proceedings.

Firstly, the High Court considered the preliminary arguments put forth by SARS. SARS raised the contention that the matter was not of an urgent nature. The High Court subsequently ordered that the matter was indeed urgent because of the submission put forward by APD that as a result of the sizeable amount paid over to SARS, it was unable to pay its employee’s salaries and its service providers.

Secondly, the High Court considered whether it was material that WPD failed to comply with section 11(4) of the Act, as it had not issued a notice to SARS indicating its intention to institute legal proceedings. The High Court held that the words “unless the court otherwise directs” does not require an applicant to apply on notice as, under the right circumstances, a court can condone such failure. The court further held that it appears as if the legislature empowered the court with a wide discretion to condone a failure or to “direct otherwise” which must be done in a judicial manner. In doing so, the Gauteng Division took into account that SARS had an opportunity to file answering affidavits, and a supplementary affidavit, and furthermore, an opportunity to file heads of argument and make oral arguments on said issues. The High Court held that it should “direct otherwise” and allow the matter to proceed accordingly without the notice requirement being met.

On the merits of the application, the main issue was whether a final letter of demand was delivered to WPD in the manner required by section 179(5) of the Act. Both parties provided screen shots of WPD’s SARS e-filing profile. SARS provided a screen shot indicating that a final demand for an overdue debt had been created on its system, which reflected a date of 20 May 2020. Simultaneously, WPD presented a screen shot of its e-filing profile, which reflected that no final demand had in fact been received by WPD on 20 May 2020 for outstanding income tax.

Furthermore, the High Court rejected WPD’s request for an interim interdict against SARS to recover what is owed to it by the Applicant on the basis that this would violate the separation of powers principle.

As a result of the COVID-19 pandemic, South Africa is currently facing a projected tax revenue shortfall. In light of the above, SARS is currently facing increased pressure to recoup outstanding tax debts. Section 179 of the Tax Administration Act provides for a mechanism to do same. However, this has to be done in accordance with section 179 of the Act, failing which, the collection of said tax debts can be challenged.