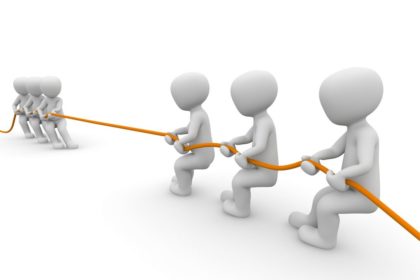 In February 2019, Women In Capital Growth (Pty) Ltd and Akhona Trade & Investment (Pty) Ltd (“The Appellants”) each gave an irrevocable undertaking in favour of Mpho Scott (“the First Respondent”) and Abdoolrawoof Ahmed (“the Second Respondent”) to vote their shares in African Legend Investment (Pty) Ltd (“ALI”), the Third Respondent, at any meeting of the shareholders of ALI, in favour of certain resolutions. The First and Second Respondents were directors of ALI and procured the undertakings on behalf of and for the benefit of ALI.

Among the resolutions reference in the undertakings, the following two are relevant:

Subsequently, and through various correspondence, it became apparent that the Appellants did not consider their undertakings to be valid and enforceable.

A shareholders meeting was called to take place on 4 April 2019 whereby certain resolution, including the aforesaid, were proposed. Whilst the Appellants were willing to give fresh undertakings to support (1) above, they maintained their position that their irrevocable undertakings were invalid and unenforceable. Therefore, they would not vote their shares in support of the resolution to remove Mr. Ramano.

The Appellants contended that the undertakings contravened section 58 (8) (c) of the Companies Act 71 of 2008 (“Act”). In addition, the Appellants submitted that the irrevocable undertaking, requiring them to support the removal of Mr Ramano, was not in accordance with the requirement in Section 71 (2) (b) of the Act, which provides that a director must be heard before a vote is taken to remove him/her.

The Court a quo made an order declaring that the Appellants were bound by their irrevocable undertakings and were therefore required to procure the implementation and performance of the transaction agreements and attend the shareholders meeting on 4 April 2019. Moreover, and in the aforesaid meeting, they were to cast their votes, in person or by proxy, in favour of the abovementioned special resolution and the resolution for the removal of Mr. Ramano.  The counter application was dismissed with costs.

Thereafter, the Appellants applied and were granted leave to appeal.

The shareholders meeting took place on 4 April 2019 whereby the special resolution to approve the transaction agreements was passed. The proposed resolution to remove Mr. Ramano was not put to the vote but instead referred to a shareholders’ oversight committee. However, On 27 February 2020, an annual general meeting was held whereby the resolution to remove Mr. Ramano was carried out. Given these facts, and that the irrevocable undertakings were binding for 18 months (and thus would have expired before the determination of the appeal), the Supreme Court of Appeal (“SCA”) requested that the parties file short supplementary heads of argument to address the issue as to whether the appeal was moot, as contemplated in section 16 (2) (a) (i) of the Superior Courts Act 10 of 2013.

With regard to the issue of mootness, the SCA held that it would have no practical effect to consider the validity of the irrevocable undertakings because the resolutions (as ordered by the Court a quo) had already been carried out.  The purpose for which the order was sought had been achieved.

The Appellants accepted that the appeal was moot but contended that it would be in the interest of justice to determine whether the Court a quo was correct in the interpretations it gave to the provisions of the Act that were debated in the urgent application.  In this regard, the SCA held that there is no reason that the judgment handed down by the Court a quo should enjoy such strong precedential value that its review by the SCA is necessary. The reason being was because the application was brought on an urgent basis and thus, the Court a quo less time to deliberate than a court would ordinarily desire. Furthermore, the SCA held that the judgment relied principally upon whether the factual predicate for applying s 58 (8)(c) of the Act had been met (a matter of no precedential significance). The SCA also held that the Court a quo had interpreted section 71 (2) (b) in light of well-known principles, entailing little novelty. The SCA concluded that the interests of justice did not incline it to entertain the appeal.

The appeal was dismissed with costs.

The Court highlighted that in circumstances where ‘live’ issues no longer exist between the parties, then an appeal in respect thereof will have no practical effect and the matter will be rendered moot.

In circumstances where ‘live’ issues no longer exist between the parties, the SCA had to determine whether an appeal should nevertheless be heard in the interests of justice.