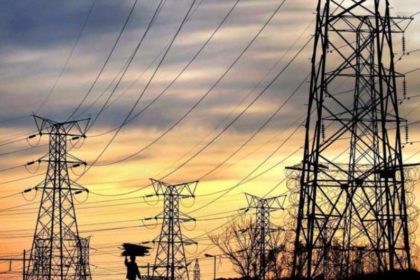 the municipality, or alternatively, the entity that is responsible for payment of the charges billed for the services consumed. When dealing with Body Corporates, this means that the Body Corporate (rather than the managing agent or the developer) should ideally be the account holder.

It is not wrong for the managing agent or meter reader to be the account holder – but, it does sometimes create difficulties when disputes arise, because then the municipality might start questioning who has the power to act in terms of the account.  The same sort of legal problem arises when a tenant is allowed to open an account, and either the property owner or the tenant raises a dispute with regard to the charges billed to the municipal account. Normally this is not legally insurmountable and a good attorney will pre–empt this by obtaining consent / powers of attorney before engaging with a municipality in respect of a dispute.  However, if you find yourself in the situation where the managing agent or third party is the account holder, and you as the Body Corporate disagree with the way in which the account is being managed, but the managing agent/metering company disagrees and refuses to give you a power of attorney to deal with disputes, etc, you might find yourself in hot water. Regardless of this, when you get to court, the court itself or the opposition might raise arguments based on the issue of who has legal standing to launch the application, who is cited as a party to the application, and in what capacity, and why. Rather avoid this by holding the account in the name of the Body Corporate.  Any other party who  needs to be given  permission  to  manage it  can    be authorized through a power of attorney.

Schindlers see many cases where managing agents and meter readers cease to exist (inasmuch as they are deregistered or liquidated), or they encounter problems with payment (where their funds are frozen) or even where they simply receive payment of amounts from owners for utilities, but do not pay those amounts over to the municipality. The Body Corporate then discovers that its municipal accounts are in massive arrears, and tries to deal with the municipality to arrange a payment plan or to stave off disconnection, and is denied this opportunity because the municipality does not recognise the Body Corporate’s right to act in terms of the account which is in the meter reader or managing agent’s name. The Body Corporate may also be prevented from gaining access to the municipal statements for its own account, because of strict privacy laws that some municipalities enforce, which allow only the account holder access to the accounts.

Unfortunately, this happens often. We would recommend avoiding this possibility by simply holding all Body Corporate municipal accounts in the name of the Body Corporate directly.

Where a developer is the owner of all of the units in the scheme and he/she/it developed the scheme, then no body corporate comes into existence until the first unit is sold to a third party.   This means that the developer can continue to receive services from the municipality for the units in the scheme, and can continue to be charged for these units (as well as rates and taxes) in terms of municipal accounts opened in the developer’s name.

However, because the law provides that the owner of each sectional title unit must be billed for property rates for that unit, the municipality will open a number of rates accounts in the developer’s name – one for each of the units. It is likely that the developer will continue to be billed for the water and electricity supplied to the scheme on its old account number(s) that existed prior to the establishment of the scheme.

Most often, the latter kind of dispute triggers investigation into what comprises the disputed amounts on the developer’s account, and it is discovered that part of those charges relate to the period before the scheme was established. This means that a part of those charges is the developer’s liability, and the rest are the Body Corporate’s liability. This often leads to the former kind of dispute arising between the developer and the Body Corporate.

In such a situation an apportionment of the liability on the account must be done by a suitably qualified person who is knowledgeable in the manner in which the municipality bills for service charges. This kind of reconciliation is often complicated by the fact that the municipality may still be charging sewer and rates and refuse charges to the account based on the assumption that the property still exists in an undeveloped form. Another common complication is where developments are completed in phases, and the municipality has not been advised as to how many units are at the property at any given point in time (or, having been advised, has not billed correctly based on this important information). This causes the tariffs applied to be incorrectly applied, not allowing for the relevant number of units in existence at the scheme, which results in an incorrect and inflated bill.

Between a rock and a hard place

To avoid  a situation where a  Body Corporate disputes its liability to the municipality, but is precluded from being able to deal with the municipality directly because the account is in the developer’s, managing agent or metering company’s name, or a situation where a Body Corporate disputes its liability to the developer of the scheme in relation to charges billed to the service account for services consumed pre– establishment of the scheme, it is best for Body Corporates to open their own bulk service municipal accounts immediately after establishment of the scheme and, further, to hold that account in their own names, rather than allowing their meter readers or managing agents to hold the accounts in their own names. If you as the Body Corporate are prejudiced by the manner in which someone else is holding your account, it can be rectified (with a bit of effort). This is especially necessary in circumstances where there are still amounts on the account which are due by the developer or where there is a dispute.