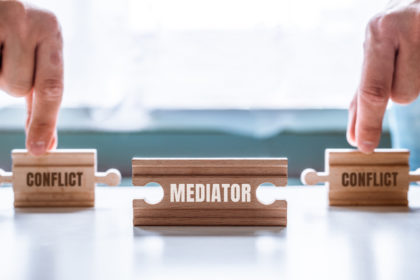 This article explains what mediation is, and how mediation in terms of Uniform Court Rule 41A (“Rule 41A”) is envisaged to work.

Who can refer a matter to mediation?

Any person/entity who has a dispute/disagreement with another person/entity may refer that dispute (or a series of different disputes, if they are related to the same set of facts) to mediation.

When can a matter be referred to mediation?

What happens if the mediation proceedings are successful?

obligations are due, and the consequences of non-compliance with those obligations.

What happens if someone doesn’t comply with the signed settlement agreement?

What happens if mediation fails?

The creditor, or other party if the dispute does not pertain to a creditor-debtor relationship, will normally take the matter to a dispute resolution forum for judgment or, if the matter was already before such a forum and it was pended whilst mediation was ongoing, the matter will simply proceed in that forum.

Can what I say be used against me?

Do I need a lawyer?

Ordinarily, parties are not represented by a lawyer at mediation proceedings. However, the parties may agree that their lawyers be present.

What are the costs?

The costs vary from one mediation forum to the next. Mediation at the Rental Housing Tribunal is a completely free service, but it only applies to rental housing related disputes. The same applies to mediation at the Community Schemes Ombud – but this is only available for disputes pertaining to community schemes. “Private mediation” at a forum like AFSA (Arbitration Foundation of South Africa) can cost from R15,000 upwards, but it is done by accredited and experienced mediators who charge a fee. There are many other mediation services out there – you only need to Google to see the range of experts, services and prices avialable. Ordinarily, the parties agree to both share the costs of mediation equally, which provides incentive for both parties to participate and find an outcome to the dispute.

Why would I choose mediation over any other form of dispute resolution?

Mediation is less formal, more “friendly”, and you don’t usually need a lawyer, so it is normally much less intimidating than other forms of 3

Although the risk remains that the parties might not reach settlement through mediation, there is no harm done if they don’t – as the parties are free to continue with any other more formal dispute resolution process thereafter, without anything that they have said during the mediation process being “held against them” (should a mediation confidentiality agreement be signed by all parties). It is always a good idea to first attempt mediation in matters where it appears that there is scope to resolve them in such a manner, rather than incurring legal fees in other dispute resolution forums.