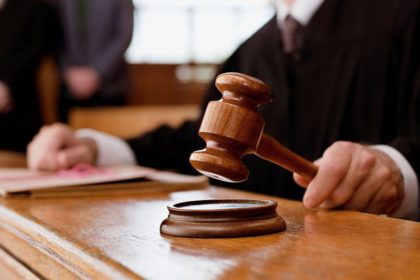 By Wade O’Connor and checked by Jordan Dias

In 2019, the North Gauteng High Court (the “Court”), was tasked with dealing with inter alia the question of whether or not an irrevocable offer could be deemed to be revocable.

On 14 May 2015, Van’s Auctioneers Gauteng CC (the “Auctioneers”), acting on behalf of the First Applicant, W & A Le Roux Slaghuis (Pty) Ltd (the “Seller”), conducted a public auction. The Auctioneers auctioned off a property (“Lot 1”) which consisted, of a double storey with offices, a butchery with a cold room and freezer rooms, storage rooms, bakery, cell phone tower with rental income, staff changing/restrooms, parking for customers and more.

The Respondent in the appeal, Mr. Van Niekerk (the “Purchaser”), made a successful bid of R3.3 million for Lot 1 and signed a sale agreement to purchase. The sale terms included a provision that the agreement was an offer to purchase and that the Purchaser was “irrevocably bound” for a period of 14 days, during which time, the offer was open for acceptance by the Seller.

Four days later, on 18 May 2015, and after paying several amounts, the Purchaser was informed that the Auctioneers had, mistakenly, auctioned off the cold and freezer rooms (forming part of Lot 1 for which he had bid) to another bidder and that the aforesaid loose assets had been removed.

The Purchaser contended that the Seller had repudiated the sale agreement by their actions and conduct due to, inter alia, the removal of the equipment or parts. The Purchaser withdrew his offer on the basis that what remained of Lot 1 was no longer the premises which he offered to purchase.

The Seller argued that Purchaser’s withdrawal was ineffective as the offer made by the Purchaser was irrevocable and, by virtue of the fact that it had not yet been accepted, he was not entitled to withdraw his offer to purchase.  Furthermore, the Seller stated that the Auctioneers had paid to remedy Lot 1 to its former condition as a result of their error.

In reaching its decision, the Court had to determine the following issues –

The Court held that the irrevocable offer constituted an option to sell, which was granted to the Seller, and which option agreement was in existence and therefore, conferred contractual obligations and rights on both the Seller and Purchaser. However, this agreement must be distinguished from the sale agreement, which would come into effect when the Seller accepted the Purchaser’s offer and exercised the option.

Despite the fact that it was stated to be irrevocable, the effect of the Seller’s breach would entitle the Purchaser to revoke the offer provided that the breach was material. In support hereof, Mabuse J stated the following:

The appeal was dismissed and the first judgement, in favor of the Purchaser, was confirmed. In concluding, the Purchaser was entitled to withdraw his offer notwithstanding that the offer was stated to be irrevocable.

The High Court held that an offer is not irrevocable simply because it Is said to be irrevocable. The conduct of the parties will be decisive in determining whether an irrevocable offer may be revocable in certain circumstances.

The North Gauteng High Court concurred with the court a quo in that a purchaser is entitled to withdraw his offer to purchase, in certain circumstances, despite the fact that said offer was stated to be irrevocable.