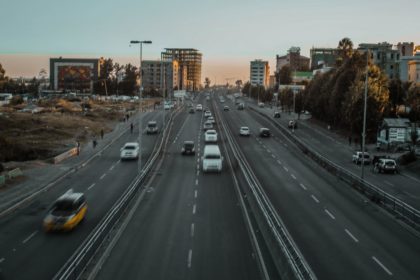 In an application for leave to appeal, the Johannesburg Roads Agency’s (the “JRA”) application was dismissed with costs and Vumacam Proprietary Limited’s (“Vumacam”) application in terms of section 18 of the Superior Courts Act 10 of 2013 (the “Act”) was granted.

The JRA, discontent with the order handed down by Justice Vally on 20 August 2020 (the “Order”) in the South Gauteng High Court (the “Court”), deliberately chose not to comply with the Order. After contempt proceedings were instituted by Vumacam, the JRA launched its application for leave to appeal against the whole judgment granted by Justice Vally to a full bench of the Court, alternatively to the Supreme Court of Appeal (the “SCA”).

In brief, the JRA argued that it had reasonable prospects of success on appeal, especially in appealing to the SCA. The JRA also alleged that they had already considered Vumacam’s wayleave applications and refused them. This second point was highly contentious, with Vumacam denying that any such decision had been made and/or communicated. The Court found that the JRA had failed to consider the wayleave applications (as the JRA would then simply have provided proof that such decision had been taken) and that such an assertion was contradictory to its argument that it had validly suspended the consideration of all such wayleave approvals.

In terms of the leave to appeal application, the court was brief and to the point. The court pointed out, quite correctly, that if the JRA had in fact already considered and rejected Vumacam’s pending wayleave applications, then its present application for leave to appeal made no sense, as the JRA would simply need to confirm that it had complied with the original Order, rather than take the Order on appeal.

Ultimately, the Court refused leave to appeal with costs and stated that the JRA’s case had “no merits” and that there is “nothing compelling about this case that would warrant the attention of a higher court”.

Having dismissed the leave to appeal application, and due to the urgent nature of the principal application, the Court engaged in more detail Vumacam’s application in terms of section 18 of the Act.

A court may only grant such an order if:

In proving that exceptional circumstances exist and that Vumacam would suffer irreparable harm should the application not be granted, Vumacam emphasised that it cannot perform its primary business (being the construction and maintenance of a Closed Circuit Television camera network) if the Order were to be suspended. Continued non-compliance with the Order could well result in Vumacam being unable to survive financially during the inevitable and lengthy appeal processes and this would subsequently result in the effect of the Order being illusory.

On the other hand, the JRA did not stand to suffer irreparable harm, if any harm at all, should the Order be executed pending any appeal applications. The Order simply requires the JRA to act in accordance with its legal obligations imposed by the by-laws and in accordance with past practice. Requiring an organ of state to comply with its legal duties can never cause irreparable harm. Additionally, the harm alleged by the JRA, in that it would bear the costs of removing the poles installed by Vumacam should their appeal succeed, was nullified by Vumacam’s undertaking to pay the cost of such removal should any subsequent appeal be granted.

The Court was satisfied that the requirements that needed to be proved on a balance of probabilities were duly met.

As such, the Court granted the section 18 application, that the Order be implemented regardless of any further appeal applications pursued by the JRA and that costs of such application be awarded in favour of Vumacam.

This judgment shows how the Court handled a situation where a party attempts to appeal an order as delaying tactic where there are no reasonable prospects of a different court coming to a different conclusion. The Court made it clear once again that the matter before it was narrow in scope and pertains to the rights and duties of the JRA. The JRA cannot, in the hope of new laws being promulgated, escape or avoid its duties under law as it currently stands. Further, and when making application in terms of section 18 of the Act, the applicant is well advised to consider the appellant’s prospects of success in any future appeal proceedings, as well as (where possible) take steps or provide any undertaking to make good any potential harm which any appellant may suffer, in order to address any ‘irreparable harm’ argument proffered by the appellant.