Vumacam prevails over JRA once again. 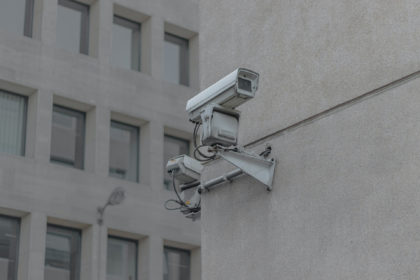 In an application for leave to appeal heard by the Honourable Judge Vally on Monday 28 September 2020, the Johannesburg Roads Agency’s (the “JRA”) application was dismissed with costs and Vumacam Proprietary Limited’s (“Vumacam”) application in terms of section 18 of the Superior Courts Act 10 of 2013 (the “Act”) was granted.

The JRA, discontent with the order handed down by Justice Vally on 20 August 2020 (the “Order”) in the South Gauteng High Court (the “Court”), has made it unequivocally clear in recent weeks that it does not intend complying with the Order directing the JRA to issue Vumacam with a decision on Vumacam’s numerous outstanding wayleave applications.

After having failed to comply with the Order within the prescribed time period of 7 (seven) days from the Order having been handed down, the JRA launched its application for leave to appeal (seemingly in response to Vumacam’s contempt of court application) against the whole judgment granted by Justice Vally to a full bench of the Court, alternatively to the Supreme Court of Appeal (the “SCA”).

In brief, the JRA argued that it had reasonable prospects of success on appeal, especially in appealing to the SCA, in that it was necessary for the SCA to determine, amongst other things:

In addition, the JRA argued that the Court erred in many aspects, but with specific reference to directing the JRA to proceed with the consideration and determination of the wayleave applications where the JRA alleged that they had already considered Vumacam’s wayleave applications and already refused them. This point was highly contentious, with Vumacam denying that any such decision had been made and communicated, and resulted in the Court finding that the JRA had failed to consider the wayleave applications (as the JRA would then simply have provided proof that such decision had been taken) and that such an assertion was contradictory to its argument that it had validly suspended the consideration of all such wayleave approvals.

The Court also pointed out, quite correctly, that if the JRA had in fact already considered and rejected Vumacam’s pending wayleave applications, then its present application for leave to appeal made no sense, as the JRA would simply need to confirm that it had complied with the original Order, rather than take the Order on appeal.

Ultimately, the Court refused leave to appeal with costs and stated that the JRA’s case had “no merits” and that there is “nothing compelling about this case that would warrant the attention of a higher court“.

Due to the urgent nature of the principal application and the fact that the JRA applied for leave to appeal, Vumacam launched an application in terms of sections 18(1) and 18(3) of the Act, which allows for courts to execute orders which would ordinarily be suspended during the leave to appeal and/or appeal process.

A court may only grant such an order if:

In proving that exceptional circumstances exist and that Vumacam would suffer irreparable harm should the application not be awarded, Vumacam emphasised that it cannot possibly perform its primary business, being the construction and maintenance of a Closed Circuit Television (“CCTV“) camera network without the Order being executed. Continued non-compliance with and suspension of the Order could well result in Vumacam being unable to financially survive the inevitable and lengthy appeal processes and this would subsequently result in the effect of the Order being illusory.

Since the suspension of Vumacam’s wayleave applications and the subsequent appeal of the order granted by the Court, Vumacam has received a steady flow of complaints and terminations, both from private residents and security companies, as a result of what is perceived to be a misrepresentation regarding Vumacam’s capabilities and its service offering.

In addition to the already suffered reputational harm, Vumacam would also suffer irreparable financial harm. Vumacam has incurred significant wasted costs for various services (which it has had to suspend) while it awaits a decision on its wayleave applications by the JRA. Apart from wasted costs, Vumacam has also suffered loss of revenue through the inability to provide its main services by expanding its CCTV network into new areas where demand for such services is extremely high. There is no doubt that such harm is both of a significant magnitude as well as irreparable should the order of the Court not be granted.

On the other hand, the JRA does not stand to suffer irreparable harm, if any harm at all, should the Order be executed pending all appeal applications. The Order simply requires the JRA to act in accordance with its legal obligations imposed by the By-laws and in accordance with past practice. Requiring an organ of state to comply with its legal duties can never cause irreparable harm. Additionally, the harm alleged by the JRA, in that it would bear the costs of removing the poles installed by Vumacam should their appeal succeed, was nullified by Vumacam’s undertaking to pay the cost of such removal should the appeal be granted.

The Court was of the same view in respect of Vumacam’s arguments made in relation to the section 18 application and was satisfied that the requirements needed to be proved on a balance of probabilities were duly met.

As such, the Court duly ordered that the section 18 application be granted, that the Order be implemented regardless of any further appeal applications pursued by the JRA and that costs be awarded in favour of Vumacam.