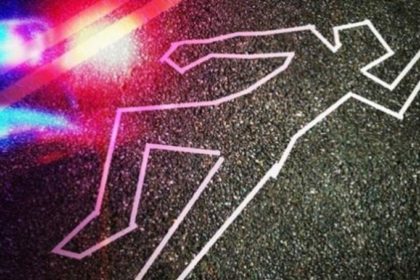 In 2016, Dr Danie Van der Walt (“the Applicant”), an obstetrician and gynaecologist practising in the Witbank area, was convicted by the Regional Court of culpable homicide and sentenced to 5 years imprisonment on the basis that he acted negligently in the care of his patient after she had given birth, and that such negligence resulted in her death. The Applicant applied for leave to appeal against the judgment and order handed down by the High Court of South Africa, Mpumalanga Division, which court dismissed the appeal against the decision handed down by the Witbank Regional Court.

In casu, the Applicant argued that his right to a fair trial (section 35(3)(i) of the Constitution – right to adduce and challenge evidence) and his right to not be deprived of freedom arbitrarily (section 12(1)(a)) have been infringed.

The Applicant argued that the Regional Magistrate (“the Magistrate”) had failed to decide on the admissibility of certain evidence during the trial and had only done so in judgment. The Applicant elected not to testify in the trial being the subject of appeal. The Applicant’s concern was that, in terms of the exhibits which were only pronounced inadmissible at judgment, the evidence elicited by cross-examination on these exhibits was also now inadmissible. The ambit of the State’s case i.e. the case which the Applicant had to answer to, was uncertain. The Applicant further argued that the Magistrate had relied on her own research of medical textbooks which was not referred to in testimony, and which the Applicant was not given an opportunity to refute. The Applicant also disputed the presence of a causal nexus between his negligence and the death of the patient. Lastly, the Applicant argued that doctors play the special role of providing access to health care services, a right enshrined in section 27(1)(a) of the Constitution, thus, “a just approach to sentencing in these circumstances requires that a sentence of imprisonment be imposed only in the most serious cases of negligence.”

The State argued that the exhibits (which the Applicant argued was not taken into account due to the Magistrate’s finding of inadmissibility) was indeed taken into account by the High Court on appeal. The High Court still concluded that the State had proven its case beyond a reasonable doubt. Thus, the evidence elicited through cross-examination on the rejected exhibits would have made no difference to the outcome. The State further argued that the Magistrate’s reading of literature merely supplemented/confirmed the factual evidence that was already given by the State’s expert witness. Lastly, the State argued that causation had been established by the expert witness.

In respect of the Applicant’s argument that doctors should be afforded special treatment when being sentenced, the court held that there is no reason for an exception to be made where doctors are found, by competent courts, to be guilty of causing the death of people they were entrusted to care for. The law demands of experts, including doctors, a higher standard of care where the conduct complained of relates to their area of expertise. The court thus refused leave to appeal against the Applicant’s sentence on the basis of the Bogaard principle, being, that “absent any other constitutional issue, the question of sentence will generally not be a constitutional matter. It follows that this Court will not ordinarily entertain an appeal on sentence merely because there was an irregularity; there must also be a failure of justice.”

In respect of the fair trial challenge, the court held that an accused is not at liberty to demand the most favourable possible treatment under the guise of the fair trial right. A court’s assessment of fairness requires a substance over form approach. It was held that the State correctly submitted that the question is accordingly whether the Magistrate committed irregularities or deviated from the rules of procedure aimed at a fair trial, and if so, whether they were of the kind to render the trial unfair.

In respect of admissibility, the court held that timeous ruling on the admissibility of evidence is crucial, as it enables an accused to make an informed decision as to whether to close his case without adducing evidence, alternatively, to adduce further evidence to refute certain evidentiary material. The court relied on the judgment of S v Ndhlovu in which Cameron JA held that “An accused cannot be ambushed by the late or unheralded admission of hearsay evidence. The trial court must be asked clearly and timeously to consider and rule on its admissibility. This cannot be done for the first time at the end of the trial, nor in argument, still less in the court’s judgment, nor on appeal. The prosecution must before closing its case clearly signal its intention to invoke the provisions of the Act, and the trial judge must before the State closes its case rule on admissibility, so that the accused can appreciate the full evidentiary ambit he or she faces.” The court found that the late admission of exhibits constitutes an irregularity of a nature that vitiated the trial in a constitutionally impermissible manner.”

In respect of the Magistrate’s reliance on medical textbooks, the court held that the real question was not whether the applicant would have been able to challenge the textbook evidence successfully. The relevant question was whether the Applicant had the opportunity to challenge the textbook evidence. The Applicant was plainly denied that opportunity. Likewise, not knowing that such evidence would be relied upon, he was denied the opportunity to adduce controverting evidence. The right to challenge evidence requires that the accused must know what evidence is properly before the court. In the Applicant’s case, the medical literature relied upon was never adduced at all. This goes to the heart of a fair trial.

A timeous ruling on the admissibility of evidence is crucial. A trial judge must, before the State closes its case, rule on admissibility, so that the accused can appreciate the full evidentiary ambit he or she faces. When a Magistrate relies on textbook evidence, an accused has the right to challenge such evidence which requires that he must know what evidence is properly before the court.

The Constitutional Court heard a doctor’s appeal against his conviction of culpable homicide after the death of a patient. He contended that the Magistrate decided the admissibility of various pieces of evidence for the first time in the judgment on conviction and that the Magistrate conducted her own research and relied on medical textbooks not referred to in testimony.