Valor IT v Premier North West and Others ZASCA 62 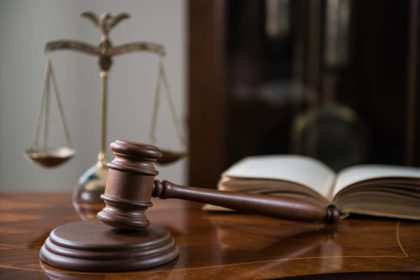 By Dean Scher and Stefan Bezuidenhout

In this regard a public procurement contract was awarded to the appellant, Valor IT C.C (“VIT”), by the Department of Sports, Arts and Culture in the government of the North West Province (“the Third Respondent”). In the space of three years the value of the tender had escalated from an initial value of R498 000,00 (ex. VAT) to staggering amount of R41 729 647, 00. The R41 Million Rand value included a sum of R22.8 Million in damages.

Clause 1.1.27 of the SDA defined the scope of work envisaged to mean ‘the description of the Deliverables, timeframes and Delivery Dates of the Services, scope, plan and payment schedule/s as set out in Schedule 1’. This schedule was the only schedule that formed part of the SDA. A reference to another schedule was deleted and initialled by the parties. Clause 30 of the SDA provided that ‘this Agreement constitutes the entire Agreement between the Parties for the provision of Services by [VIT]’ and that ‘any prior arrangements, agreements, representations or undertakings are superseded’.

During October 2011, the Third Respondent paid VIT the amount owing to it from the contract that being R498 000 plus VAT. Work conducted under the original SDA had now been concluded, however this did not bring the relation between the Third Respondent and VIT to an end. The parties proceeded to sign a document purporting to be a second schedule to the agreement. It seems the third respondent and VIT wanted to create the false impression that Schedule 2 had always been part of the SDA, despite their novation to the contract and clause 30, as mentioned above.

These proceeding were then settled based on advice given to the Third Respondent by the Chief State Law Advisor. In February 2014, the settlement agreement was made an order of court. VIT was paid R22.8 million in terms of the order. Thereafter, VIT was paid further amounts: R213 750,00 in respect of the Second Schedule, and two amounts of R2 100 021,51 and R1 750 000, for the already completed work. The total amount paid by the Third Respondent having a total of R41 729 647,00.

The issues that the court defined for interpretation were as follows: “whether the [Third Respondent’s] delay in bringing its counter-application was unreasonable and, if so, whether condonation should be granted; whether the award of the SDA to VIT and the subsequent extensions were lawful or not; and, if they were unlawful, the effect of the settlement agreement that was made a court order, and whether it should have been rescinded.”

The counter-application seeks, in effect, the review and setting aside of the award of the SDA to VIT. This means the Third Respondent has applied to set aside its own decision. The third Respondent is entitled to do apply to set aside its decision as, this principle emanates from the principle of legality that is sourced in the founding constitutional value of the rule of law, and that means that, in terms of the common law, it was required to apply for the setting aside of the award of the SDA within a reasonable time.

The court granted condonation for the delay in launching the counter-application, the court found the delay to have been reasonable due the error of the state law advisor in allowing a settlement agreement to be entered into between the parties, that was favourable to VIT. The Third Respondent, it would appear, had no way of knowing that the advice it had been given was wrong, and this problem was compounded by an ill-conceived settlement agreement that was made a court order. Once the matter had been settled, the Third Respondent had little choice but to comply with the order to which it had agreed. It was only when it obtained independent legal advice that it found out that the state law advisor’s advice had been wrong, and that it should cancel the agreement again. In due course, the counter application was brought to set aside the SDA and everything that followed it.

With respect to whether the SDA, its extensions and agreements were valid the Court pronounced as follows: “Section 217 of the Constitution requires organs of state such as the [Third Respondent], when it procures goods and services, to do so in terms of a system that is ‘fair, equitable, transparent, competitive and cost-effective.” The sections purpose is to prevent patronage and corruption, on the one hand, and to promote fairness and impartiality. The consequence of non-compliance is clear: in a public procurement contract concluded in breach of the legal provisions designed to ensure a transparent, cost-effective and competitive tendering process in the public interest, is invalid and will not be enforced.

After assessing the process relating to the tender the Court held that the award of these contracts was unlawful and invalid because their award had not been preceded by an open procurement process in accordance with the required constitutional and legal prescripts.

The settlement agreement was of the effect that unlawful contractual arrangements between VIT and the Third Respondent would remain in force, with two important qualifications. First, in an apparent acknowledgement that the arrangement in place was indeed unlawful, the parties agreed to call it something else in order to create the impression that it was compliant with the requirements of the Treasury Regulations. Secondly, the parties agreed, not only to the restoration of the status quo ante, but to the further extension of the already extended unlawful contractual arrangement. This was then made an order of court.

In deciding whether it could give effect to the settlement agreement, the Court referred to the decision of Gibson v Van der Walt, which is authority for the proposition that if the underlying contract suffers from a defect, such as unenforceability, dressing it in different garb will not alter that fact. In other words, the settlement agreement has had no effect on the unlawfulness of the contractual arrangement between VIT and the Third Respondent: it remained an unlawful agreement whatever the parties chose to call it.

The Court referencing the decision of Eke v Parsons, wherein it was stated that “the order must be ‘competent and proper’ in the sense that it relates to the dispute with which the court was seized. Secondly, it may not be objectionable from either a legal or a practical perspective: its terms, in other words, must ‘accord both with the Constitution and the law’ and they may not be ‘at odds with public policy’ and further referencing the decision of Buffalo City Metropolitan Municipality v Asla Construction (Pty) Ltd wherein it was held that  ‘inconsistency with the Constitution cannot be cured by a settlement agreement’.  Decidedly determined that the decision of the Court a quo to rescind the settlement order, was a valid and sound decision.

The Court had to determine whether the court a quo was correct in its decisions to grant condonation, determine that the tender was unlawful and rescind the court order that embodied the settlement agreement between the parties.