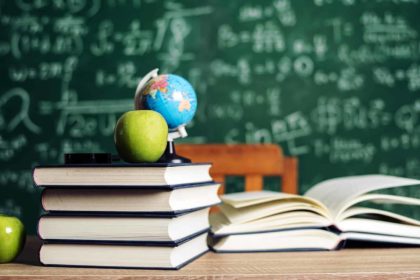 The parties in this matter are as follows: the First Applicant is the School Governing Body of Uitzig Secondary School (“the First Applicant”); the Second Applicant is Uitzig Secondary School (“the Second Applicant”); the First Respondent is the MEC for Education, Western Cape (“the First Respondent”), and; the Second Respondent is the Western Cape Education Department (“the Second Respondent”). For ease of reference, the parties herein will be referenced collectively, as the Applicants and the Respondents, respectively. This case, as above cited, specifically deals with whether an administrative decision could be suspended in terms of section 18(1) of the Superior Courts Act 10 of 2013 (“the Act”), where an application that had been dismissed was being appealed.

The Applicants had initially brought an application to review and set aside the administrative decision of the Respondents to close down the Second Applicant. An interim order was initially granted, which suspended the implementation of the Respondents’ decision, and following the finalisation of the matter, the court a quo dismissed the application. Pursuant to this, the Applicants lodged an appeal against the court a quo’s judgment and order with the Supreme Court of Appeals (“SCA”).

Given the circumstances of this case, the court thus had to determine whether section 18(1) of the Act could apply, contrary to the common law rule, where the decision being appealed was not an order which was executable.

The court emphasised that should a party wish to enforce an order that is under appeal this is to be done by way of a substantive application in terms of section 18(3) of the Act. Due to the fact that the Respondents failed to observe the requisite procedure they cannot implement their decision, pending the outcome of the appeal.

The court held that, while the common law creates a distinction between orders that may be suspended pending an appeal, section 18(1) does not and that same applies to all decisions or order. Restricting the application of section 18(1), to that of the common law rule, would not only frustrate the purpose of the suspension principle, but would also offend section 9(1) of the Constitution by creating a discriminatory approach to litigants. Moreover, the requirement of exceptional circumstances in the suspension provision (justifying deviation therefrom) demonstrates the importance and potency of this principle.

In light of the above, the court ultimately ordered that the Respondents’ decision to close the Second Applicant was suspended in terms of section 18(1) of the Act, and further that the initial order from the court a quo, suspending the Respondents’ decision, was ‘revived’ pending the appeal application. Costs of the application (including the costs of two Counsel) were awarded against the First Respondent.

This decision clarified the application of section 18(1) of the Superior Courts Act 10 of 2013, such that section 18(1) applies to all decisions or orders irrespective of whether such orders are “executable” in nature. The decision further provided that the purpose of this section is to provide protection to a litigant pending a full investigation of the matter by the Court on appeal, and that any limitation of its application would hinder the realisation of the constitutional right to equality before the law.

The primary issue that the court had to determine in this matter was whether an administrative decision could be suspended in terms of section 18(1) of the Superior Courts Act 10 of 2013, where an application that had been dismissed was being appealed.