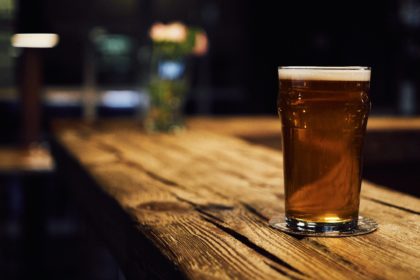 The Applicant (“Mr Trower”) was employed as a paint shop supervisor by the Respondent (“Everstar Industries (Pty) Ltd”).

The Respondent adopted its own ‘Zero Tolerance Policy’, stipulating that employees may not report for work under the influence of any drugs or alcohol (the “Policy”). As part of its Policy all employees were randomly tested once a month, when reporting for duty at the main gate of the Respondent’s business premises.

Accordingly, on or about 8 July 2019, the Chief Operating Officer of the Respondent (“the COO”) instructed the security guards at the main gate to conduct breathalyser tests on all employees entering the business premises of the Respondent.

The Applicant was breathalysed at the main gate and was found to have a reading of 0,003. Following a disciplinary enquiry, the Applicant was found guilty of misconduct in terms of the Policy. He was consequently dismissed by the Respondent. The Applicant felt that he had been unfairly dismissed and the matter was referred to arbitration before a Commissioner of the CCMA (“Commission for Conciliation, Mediation and Arbitration”).

It was common cause that both the security guard, who conducted the test, and the supervisor, who oversaw the operation, were qualified to undertake these tasks and certificates of competence were submitted in this regard. Moreover, a calibration certificate was submitted indicating that the breathalyser machine which was used on the day had been “calibrated according to the parameters set forth by the manufacturer”.

In his submissions, the Applicant denied that he was under the influence of alcohol and stated that the readings of the breathalyser test were either: i) incorrect; ii) not his readings; or iii) could be as a result of a mixture of alcohol and cough mixture which he consumed prior to reporting for duty, the day before, and cough mixture the morning before work. The Applicant also contended that the readings of the breathalyser test were meaningless and should have been followed up with a blood test.

The Applicant further argued that the COO and one Mr Axelson, the Health and Safety and Security Officer, were conspiring against him to get rid of him because of the role the Applicant played as a worker’s representative at disciplinary hearings.

All of the witnesses who appeared for the Respondent, justified the Policy, which had supposedly been strictly and consistently enforced, on the basis that the workplace operation of the Respondent is very dangerous and hazardous entailing heavy machinery and toxic chemicals, which the Applicant did not deny. The Applicant denied that the Policy had been consistently and strictly enforced, alleging that previously there had been two cases where employees were found to be under the influence of alcohol at the workplace and they were merely sent home.

The commissioner found no merit in the Applicant’s latter complaint and confirmed that, in line with the judgement in Mphaphuli v Ramotshela NO,[1] the courts are inclined to uphold a Zero Tolerance Policy.

The CCMA held that the Applicant’s version creates the impression of someone who is desperate and willing to attempt any explanation to get himself out of the situation he finds himself in. Whilst, same must be contrasted with the testimony of the COO and Mr Axelson who have categorically stated that the breathalyser machine was properly calibrated and in good working order and that all procedures were followed. Followed by the appropriate certification, meaning that the only inference which can be drawn is that the Applicant’s readings were true and accurate.

The CCMA further held that the Applicant’s submission of having drunk the night before, in an attempt to explain the readings, should be rejected, by referring to the case of SATAWU obo Kaiber v Magnum Shield Security,[2] which is authority for the position that, “irrespective of the drinking habits of employees in their free time, they are nonetheless obliged to ensure that they do not report for work in a state of intoxication”.

In arriving at its judgment, the CCMA considered that the Applicant must have had regard to the Policy and transgressed it, but also took into account the fact that the Applicant is married with dependants, he had 12 years of service with the Respondent and a clean disciplinary record, despite some minor misdemeanours.

The CCMA, nonetheless, held that the dismissal was fair, based on the fact that if the Applicant were to be reinstated, this would severely undermine the Respondent’s Policy, as well as its practice of consistency in this regard. The Application was accordingly dismissed.

Despite an employee being allowed to consume alcohol in his free time, he also has an obligation to ensure that he does not report to work in a state of intoxication.