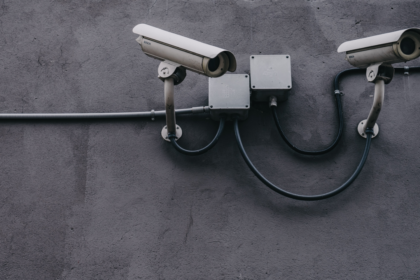 Commonly, creditors need to decide on the method in which to obtain the best security for the due and proper performance by the debtor of its obligations under, for example, a loan agreement.

2. Movable property commonly secured under a GNB or SNB

A notarial bond can be registered over corporeal movable property (e.g. furniture, vehicles, jewellery, art, Krugerrands, goods or equipment of a business, animals and even the future accrual of offspring of animals and stock in trade on the shelves of a retailer, including the subsequent replacements thereof and additional stock  etc.) and incorporeal movable property (e.g. unregistered long lease or sublease of immovable property, liquor licence, water use licence, site permit, shares in a company, book debt, goodwill of a business, etc.).

3. OTHER MOVABLE PROPERTY CAPABLE OF BEING SECURED UNDER A GNB OR SNB

In addition to the moveable property listed above, a notarial bond may also be registered over the following movable property:

While one may think that mineral stockpiles (mine dumps or tailing dumps) fall within the classification of ‘immovable property’, the case of De Beers Consolidated Mines Ltd v Ataqua Mining Pty Ltd and others (3215/06) [2007] ZAFSHC 74) held that in order to determine whether stockpiles are movable or immovable (and whether same has acceded to the immovable property) the following needs to be considered: (1)  the nature of the stockpiles (2) the manner of the annexation and (3) the intention of the owner of the movables at the time of annexation.

It is possible to register a notarial bond over processing plants (mineral or other)/factory equipment.

In this regard, and once it has been determined that accession has not taken place, for the registration of a SNB over the processing plant/factory equipment, the movable property must be described in a manner which renders it ‘readily recognisable’.

Examples of ways in which to describe the movable property are to make use of a detailed description of the mechanical equipment (e.g. conveyors, piping, valves), structural components, electrical and instrumental tools and any other parts which comprise the processing plants /factory equipment. However, and since the foresaid description may be highly complex, it is beneficial to including schematic drawings and high-resolution photographs of the processing plant/factory equipment which clearly indicates the different components comprising same.

It is also possible to register a notarial bond over mining equipment used for the extraction of the minerals from the earth, for example, dumpers, lifts, drilling rigs and earth moving equipment (“Mining Equipment”).

iv. Movable property that the Mortgagor will own in the future

An important consideration in respect of securing trading stock under a notarial bond is that one needs to determine the extent to which the trade-in-stock is identifiable.

In this regard, if a notarial bond is registered over the trade-in-stock, it must disclose what the property is, the type and sort of each and the sum of each (i.e. similar to a stock list).

Importantly, one may secure not only the original trade-in-stock, but also the subsequent replacement/s thereof.

4. Movable property which cannot be secured under a notarial bond

A ship and aircraft cannot be secured under a notarial bond in terms of the Ship Registration Act No. 58 of 1998 and the International Recognition of Rights in Aircraft Act No. 59 of 1993 (“IRRAA”).

Creditors should consider registering notarial bonds to obtain security for the proper performance of the debtor’s obligations. Creditors are encouraged to seek legal advice to determine whether a debtor’s movable property is capable of being secured under a notarial bond.