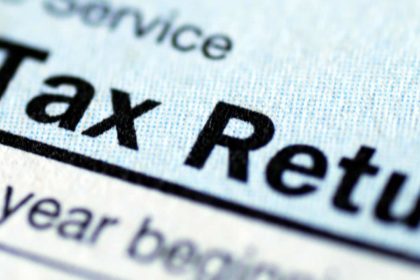 As the old adage goes, nothing is certain in life but death and taxes. However, unlike the former, there are certain entities which are exempt from normal tax. These tax-exempt entities are provided for in Section 10 of the Income Tax Act 58 of 1962 (“the Act”). While section 10 of the Act does provide for tax exemption, it is unclear (specifically in the context of recreational clubs) how settlement awards are to be treated.

What are Recreational Clubs in terms of the Act?

Section 30A(1) of the Act, defines a “recreational club” as any non-profit company, society or other association which is principally/solely formed to provide social and recreational facilities for the members thereof.

Are Recreational Clubs Tax Exempt and to What Extent?

Therefore, only certain portions of a recreational club’s income are exempt from normal tax.

Is Income from a Settlement Award for Recreational Clubs Exempt?

It is not uncommon for recreational clubs to be involved in legal disputes either with their members, a service provider, the government, or any other third parties.

In order to resolve such disputes, parties are able to and often encouraged to try and settle the dispute outside of court, however, in the event that the matter cannot be resolved through informal channels such as a without prejudice roundtable discussion or mediation, the dispute can be referred to arbitration and/or court. During any of the aforementioned processes it is possible that upon resolution a financial/cost award can be made in favour of the recreational club.

This is where complications may arise with regard to whether or not such amounts are tax exempt or if tax will need to be paid to the South African Revenue Service (“SARS”). The question of whether such awards are exempt, and to what extent, would be heavily reliant on the wording/purpose of the award and how such amount is calculated. In general, while section 10(3) of the Act provides that any payments other than those listed in section 10(1) shall not be exempt, as section 10(1)(cO) provides for receipts and accruals from any other source, it can be argued that a portion of the award will be exempt.

Can an Arbitration Awards be Exempt in Full?

As above, it would depend entirely on the purpose of such award and how that amount was calculated. To clarify, if an award is made for loss of income, and the amount awarded is calculated based on income which could have been expected to have been exempt in the ordinary course as per section 10(1)(cO), then such award should be deemed as if it had been the receipts and accruals normally exempt for that financial year.

Often such awards come with additional conditions, such as interest based on late payments, or penalties for failing to comply with the order. In such a situation, it would once again depend on the wording of such penalty or interest and how such amounts are determined. If the penalty and/or condition is solely based on interest for late payment it should be apparent that such amount would fall into the scope of section 10(3) of the Act and thus not be exempt.

However, if the penalty/interest is determined based on loss of income for that specific period that the award is not paid while due and payable, it is possible that same could be exempt at least for the portion which is equal to either five percent of the membership fees or R120,000.00 whichever is greater, however, this is still an issue of debate amongst practitioners.

It does appear that settlement award for recreational clubs, in terms of section 10(1)(cO) of the Act, could be exempt (or at least a portion thereof) in certain circumstances. However, while tax is inevitable it is never as clear cut as one might presume. As such it is always advisable to have an attorney and/or a tax expert advise you on your specific situation should you be dealing with a legal dispute and the tax implications thereof. Should you require any specific legal assistance, or further advice, please do not hesitate to contact us.