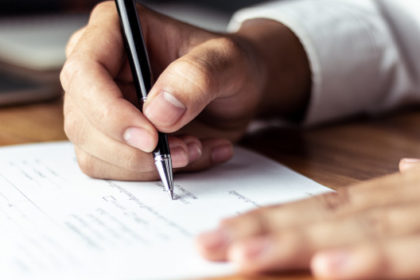 By Stef de Gouveia and checked by Saul Mayers

Standard Bank of South Africa Ltd (the “Applicant”) sought an order for the provisional liquidation of Bloemfontein Celtic Football Club Pty (Ltd) (the “Respondent”). The purpose of the provisional liquidation proceedings was as a result of the Respondent’s failure to effect payment of money owed to the Applicant as per a contractual agreement entered into by both parties.

The main issue of this case ultimately manifested when the Respondent argued that the Clause, specifically that the Respondent was deprived the option to oppose the Liquidation Proceedings that may be re-enrolled against him by the Applicant, was contrary to public policy and was therefore void.

The Free State High Court (the “Court”), per Musi JP, ruled that the disputed Clause of the Agreement fell “squarely within the category of offensive and unconscionable agreements”, while simultaneously depriving the Respondent of its constitutional right of access to the courts.

The Court acknowledged that it is trite that courts have the power to declare a contract as being contrary to public policy, and may therefore refuse to give effect to the contract if the court deems necessary. In acknowledging this, Musi JP also acknowledged that the Court should exercise such powers sparingly, as was emphasised by Innes CJ in Eastwood v Shepstone whereby Innes CJ stated that “what we have to look to is the tendency of the proposed transaction, not its actually proved result”. Musi JP also made reference to Smallberger JA in Sasfin (Pty) Ltd v Beukes, wherein Smallberger JA stated that “[o]ne must be careful not to conclude that a contract is contrary to public policy merely because its terms (or some of them) offend one’s individual sense of proprietary and fairness”.

The Court then went into more detail as to the effect and tendency of the Clause. It was clear that the Applicant reserved the right to re-enrol the Liquidation Proceedings on identical grounds in the event of the Respondent’s breach of the Settlement Agreement and that the Respondent had agreed to the Clause vis-à-vis the Liquidation Proceedings being re-enrolled on an unopposed basis.

In determining the effect of the Clause, the Court needed to answer whether or not the Applicant could lawfully fall back on the original Notice of Motion of the Liquidation Proceedings issued on 02 August 2018 which contemplated the liquidation of the Respondent. In answering this question, the Court relied on Van Zyl v Niemann wherein that court held that a settlement agreement has the same effect as res judicata. This would ordinarily exclude litigation on the same cause of action unless it is expressly or implicitly stated that non-compliance with a settlement agreement will allow for an applicant to revert to original cause of action – as was the case between the Applicant and the Respondent.

The Court also made reference to Standard Bank SA Ltd v Essop wherein a settlement agreement containing similar provisions to the Clause existed. The court in that case, per Meskin J, held that such provisions empowered the applicant and deprived the respondent of his status as a solvent person. Meskin J then stated that such provision and/or conduct offends not only his, but also a reasonable person’s sense of what is procedurally fair and sense of justice.

Despite counsel for the Applicant trying to distinguish the matter from Standard Bank SA Ltd v Essop, the Court pointed out that it made no difference that the Respondent was a company and not a natural person, since both sequestration and liquidation involved a change of status on the part of the respondent.

In addition to the Court finding that the Clause was invalid, the Court said that even if this was not the case, the application should still fail because the Applicant was inept in granting credit to the Respondent and it had a far less onerous means to recover money owed by the Respondent.

The Respondent was founded by two brothers, Mr Pakiso Lloyd Tshabalala and Mr Samual Matlabe Tshabalala, who were both actively involved in the running of the company. In 2014, a company registered as 2017/144056/07 (South Africa) (Pty) Ltd (the “2014 Company”) bought Bloemfontein Celtic Football Club, and Mr Pakiso Lloyd Tshabalala was the sole director. In December 2018, Mr Samual Matlabe Tshabalala replaced his brother as sole director.

In 2015, another company was registered as Bloemfontein Celtic Football Club Pty Ltd which Mr Samual Matlabe Tshabalala is the sole director thereof. It is common cause that this company was the Respondent in the present matter. When the Respondent first approached the Applicant for the Loan Agreements, the Applicant stated that they were aware of both the brothers being involved in the two abovementioned companies, in addition to a third company called Lezmin 2815 t/a Ikaheng Developers and Plant Hire (“Lezmin”).

The Applicant further stated that the granting of the loans in terms of the Loan Agreements was based on an assessment made of the finances of the entire group. The Applicant alleged that the group it referred to consisted of the 2014 Company, the personal income of Samual Matlabe Tshabalala and the financial statements of Lezmin.

The Court held that the Applicant’s explanation or justification of the Loan Agreements based on the group’s financials was “unsatisfactory to say the least”. Besides from Samual Tshabalala being involved in the three entities, they were not affiliated with the Loan Agreements and it cannot be said that the loans were advanced to the group, as opposed to a single entity – being the Respondent. In addition to this, the Applicant failed to obtain any financial statements from the Respondent and therefore fell foul of the requirements stipulated in the Financial Intelligence Centre Act which requires the such documents to be obtained.

Therefore, due to the Applicant being a secured creditor (in addition to being the only creditor), instituting the Liquidation Proceedings was nonsensical. Liquidation would result in a prolonged process of obtaining money owed to the Applicant, which would cause for more costs to be incurred, and also had the potential to result in a lower purchase price being achieved by way of public auction.

Therefore, since the disputed Clause was void for being contrary to public policy (in addition to the other reasons expressed by the Court), the Applicant was not entitled to fall back on the original Notice of Motion to seek the Respondent’s liquidation, and the application was therefore dismissed with costs.

This case expresses the importance of clauses in contracts needing to be in accordance with public policy despite freedom of contract.

Contractual Clauses which offend public policy may be deemed null and void.