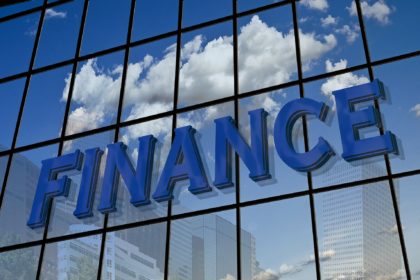 In this matter, the Standard Bank of South Africa Limited (“the Applicant”) launched an application in terms of Rule 4(2) of the Uniform Rules of Court, requesting substituted service of a notice in terms of section 129(1)(a) of the National Credit Act (“the Act”[1]). The basis of the application was that the sheriff was unable to locate the address designated by Siyabonga Willie Matse (“the Consumer”) in the agreement concluded by the Applicant and the Consumer, nor could the post office effectively despatch registered mail notifications to the address. The Applicant was also unable to effect personal service of the notice, after utilising a tracing agent, and accordingly launched the present application for substituted service.

(a) by registered mail; or

(b) to an adult person at the location designated by the consumer.”

The remaining ambiguity in section 129(5), as pointed out by the court, pertained to whether the provision allowed for any deviation from the methods of delivery. For instance, in a situation where the address of the consumer is in fact a non-existent address and no effective service can thus be achieved.

The key issue before the court was thus whether it was empowered to give leave to deviate from the exact provisions of section 129(5), when delivering a section 129(1)(a) notice.

The court, in addressing this issue, referred to section 65(2) of the Act, which states, inter alia, as follows:

“Every document that is required to be delivered to a consumer in terms of this Act must be delivered in the prescribed manner, if any.”

The court concluded that a literal interpretation of section 129(5) read with section 65 of the Act, limiting the means of effective service of a notice to a consumer, would lead to absurdity. Furthermore, a literal interpretation would be contrary to the general principle, as supported by the decision of Benson v Standard Bank of South Africa (Pty) Ltd, that personal service is always effective and included even where more indirect methods of service are prescribed.

The court however, contrasted the circumstances of this matter with that of the Benson matter, highlighting, inter alia, the following:

The court held that the Benson decision could be taken as authority that section 129(5) is permissive in the sense that it does not exclude or prohibit more effective or more direct forms of notification than the indirect form it prescribes.

The court remarked on the significant difference between relying on Benson or other methods of interpretation in order to avoid absurdity in interpreting what constitutes compliance with section 129(5), on the one hand, and holding that a court may authorise non-compliance with the section, on the other hand.

In the present case, the domicillium specified by the Consumer was a non-existent address, to which registered mail could not effectively be sent, nor any document be delivered an adult, as required by section 129(5) of the Act. The court thus concluded that section 129(5) could not be applicable in this matter.

Further to the above, section 65(2) of the Act does not provide for a situation where the consumer designates an address which ultimately cannot be traced. Section 65(2) of the Act provides that where no particular method of service has been specified for the delivery of a document to a consumer, the person who delivers the document must make the document available to the consumer through one or more of the following methods:

“(i)       in person at the business premises of the credit provider, or ay any other location designated by the consumer but at the consumer’s expense, or by ordinary mail;

The court concluded that, instead of permitting a deviation from section 129(5), in a manner which did not seek personal service, it would rather create a sensible constructive domicillium for the purposes of section 129(5), to the extent it is still applicable in the circumstances, alternatively, the court would find that section 129(5) does not apply and it would rather apply a constructive choice, on behalf of the consumer, that the consumer would accept service by email, as contemplated by section 65(2)(iii) of the Act.

The court granted leave to the Applicant for the section 129(1)(a) notice to be served personally on a person above the age of 16 years old and at the chosen address of the consumer, and furthermore by sending a copy of the notice to the Consumer’s specified email.